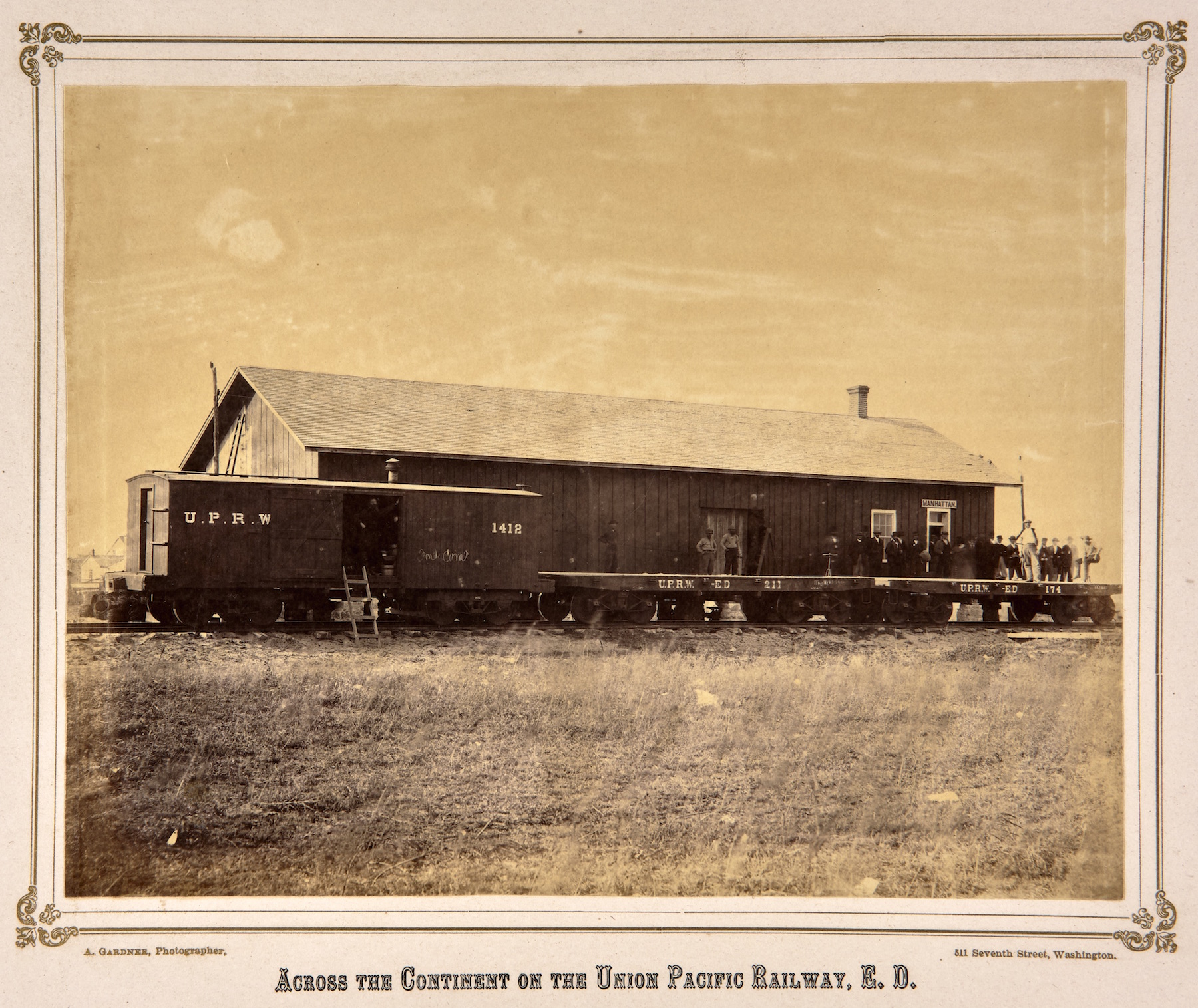 “Gardner’s transcontinental series of photographs along the survey’s projected route to the Pacific is a monumental achievement in the history American photography, just as was his documentation of the Civil War” - Charlton

“Gardner’s western railroad series is the earliest, largest, and most diverse photographic documentation across the West” (Charlton, “Westward, the Course of Empire Takes Its Way,” Kansas History, Summer 1997).

Alexander Gardner emerged from the Civil War as the most accomplished photographer in the United States. The Union Pacific Railway commissioned Gardner to document the company’s survey of a proposed southern railroad route across the continent. The line was then in close competition with the Union Pacific to build the first transcontinental railroad. In the end the line stopped at Omaha. The photographs of Gardner and his team were printed in Washington even as they worked on the grueling project as it pushed west.

The expedition’s stereographs achieved some commercial success, but Gardner’s greatest achievements in the West were the rare large format views such as the present pair of photographs.