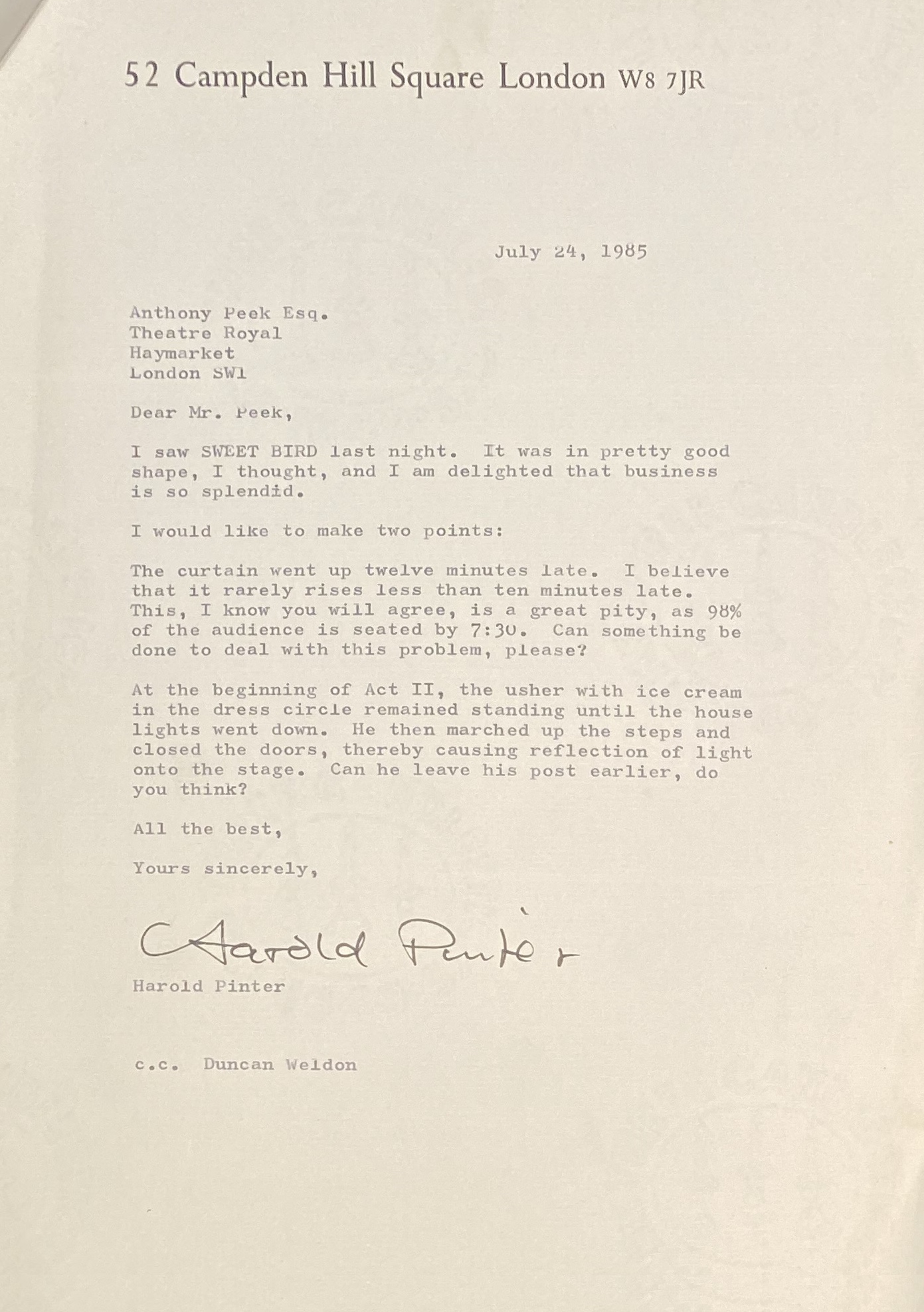 Harold Pinter grouses about behavior at the Theatre Royal

One page. Excellent condition. Stapled to Pinter’s letter is a carbon copy of Peek’s reply.

In this interesting letter Harold Pinter, one of the leading playwrights of the second half of the 20th century, complains about policies and procedures at the Theatre Royal Haymarket.

Pinter directed the West End debut of Tennessee Williams’s Sweet Bird of Youth, starring Lauren Bacall. The play opened on July 8, 1985, and in this letter he looks after the production.

Pinter writes that he attended the previous night’s performance and notes that “it was in pretty good shape, I thought, and I am delighted that business is so splendid.” Then Pinter launches into his complaints. First he notes that the curtain went up twelve minutes late, “a great pity, as 98% of the audience is seated by 7:30.” Having asked Peek to address the matter, Pinter turns to the ice cream man: “the usher with ice cream in the dress circle remained standing until the house lights went down. He then marched up the steps and closed the doors, thereby causing reflection of light onto the stage. Can he leave the post earlier, do you think?”

Pinter (1930-2008) was awarded the Nobel Prize in Literature in 2005. A giant of the modern theater, he had a distinguished career as a playwright, actor, and director.