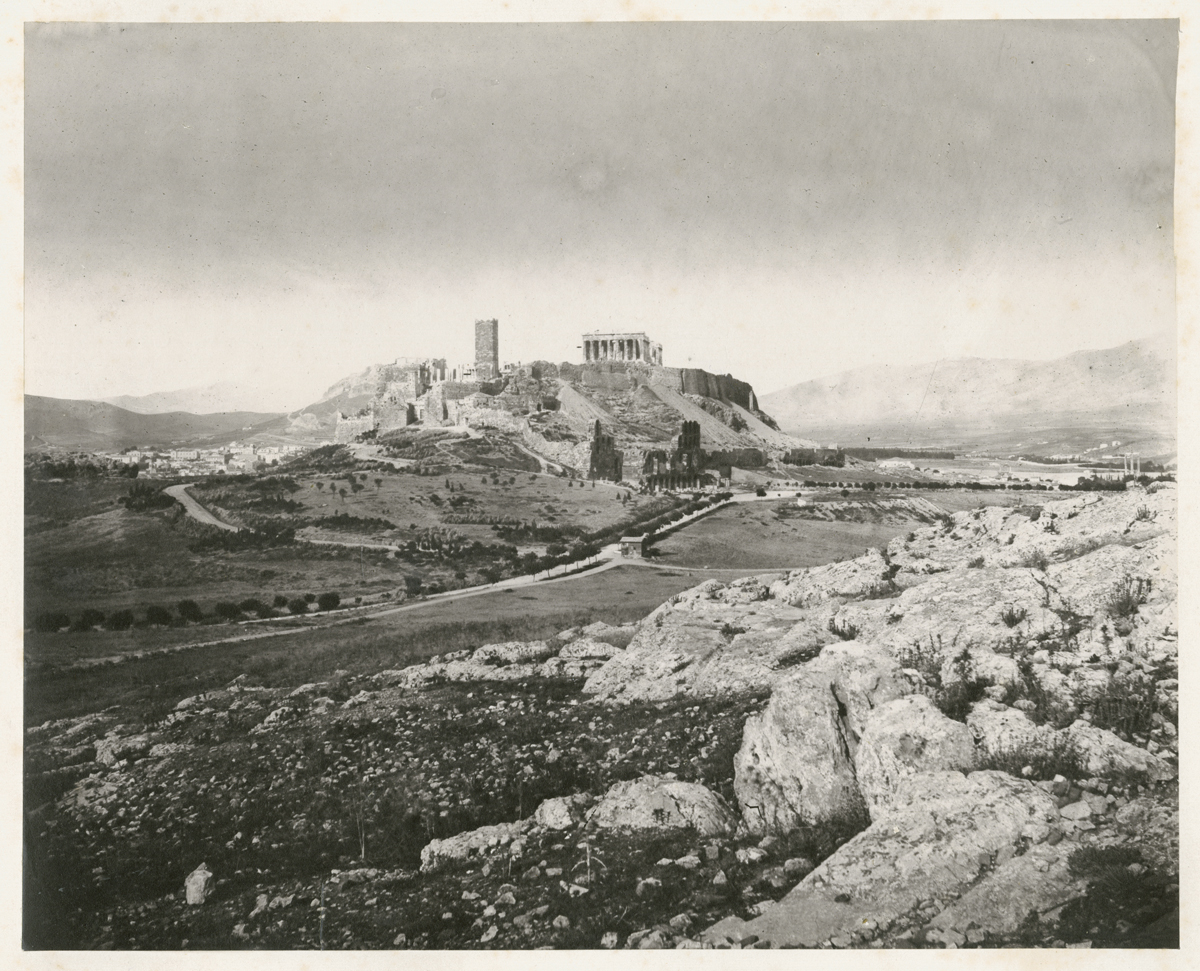 “An uncommonly gifted, innovative photographer whose unquestioned masterpiece is The Acropolis of Athens.”

(GREECE.) STILLMAN, WILLIAM. View of the Acropolis from the Musaeum Hill

The 25 photographs open with four distant views of the Acropolis, eventually zooming in toward the Parthenon. Scholar Andrew Szegedy- Maszak notes that this first photograph in the series “exemplifies [Stillman’s] pictorial practice.”

The Athenian Acropolis, one of the most famous landmarks of ancient Greece, has been an important site since the 3rd millennium BCE. Its most prominent building, the Parthenon was constructed between 447 and 438 BCE as a temple to Athena.

An eccentric personality who excelled in many fields, including painting, art criticism, photography and journalism, Stillman co-founded the first serious American art journal, The Crayon. The Atlantic noted of Stillman’s work, “the points of view are chosen with the fine feeling of an artist.”