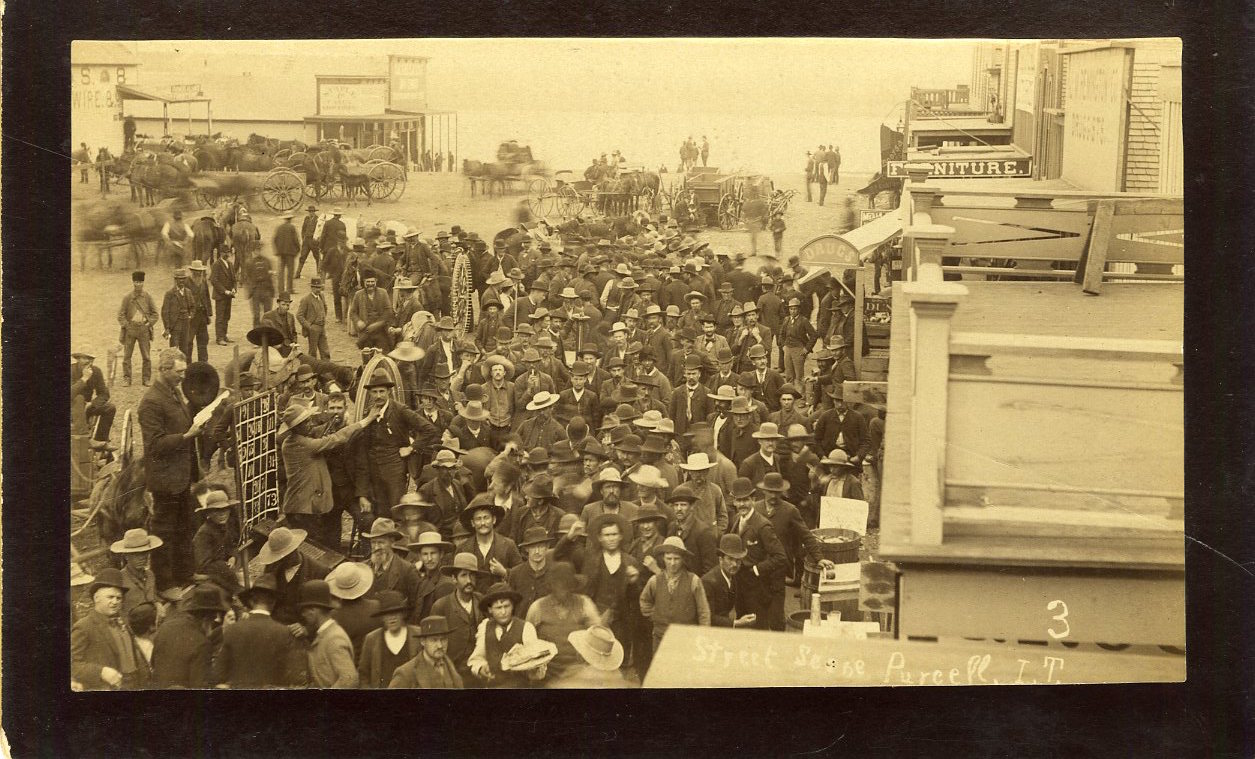 The great Oklahoma Land Run. In March 1889 President Benjamin Harrison signed the act making two million acres of federal land in Indian Territory available to homesteaders. Some, known as “sooners,” moved in early to stake their claims, but tens of thousands gathered to race to claim their 160-acre homesteads on the appointed day, April 22, 1889. Purcell drew one of the largest groups of contestants.

This wonderful photograph shows a crowded street in Purcell at that eventful time. The men gather in a festive atmosphere awaiting the land run. There are two wheels of fortune spinning and a man in the foreground runs a numbers game. A lone black man stands in the center.

“April 22, 1889, was a day of chaos, excitement, and utter confusion. Men and women rushed to claim homesteads or to purchase lots in one of the many new towns that sprang into existence overnight. An estimated eleven thousand agricultural homesteads were claimed. There would be many hardships ahead, and many would be forced to contest others who claimed the same farm or lot. … But April 22, 1889, was nonetheless a significant day in national history, one that gave birth to new hope for thousands of Americans and became an iconic image in the history of the West” (Encyclopedia of Oklahoma History and Culture).

Thanks to the National Cowboy Museum for its identification of image and photographer in the Robert E. Cunningham Oklahoma History Collection.

Provenance: stamp of the Cunningham Collection, Stillwater Oklahoma on verso.