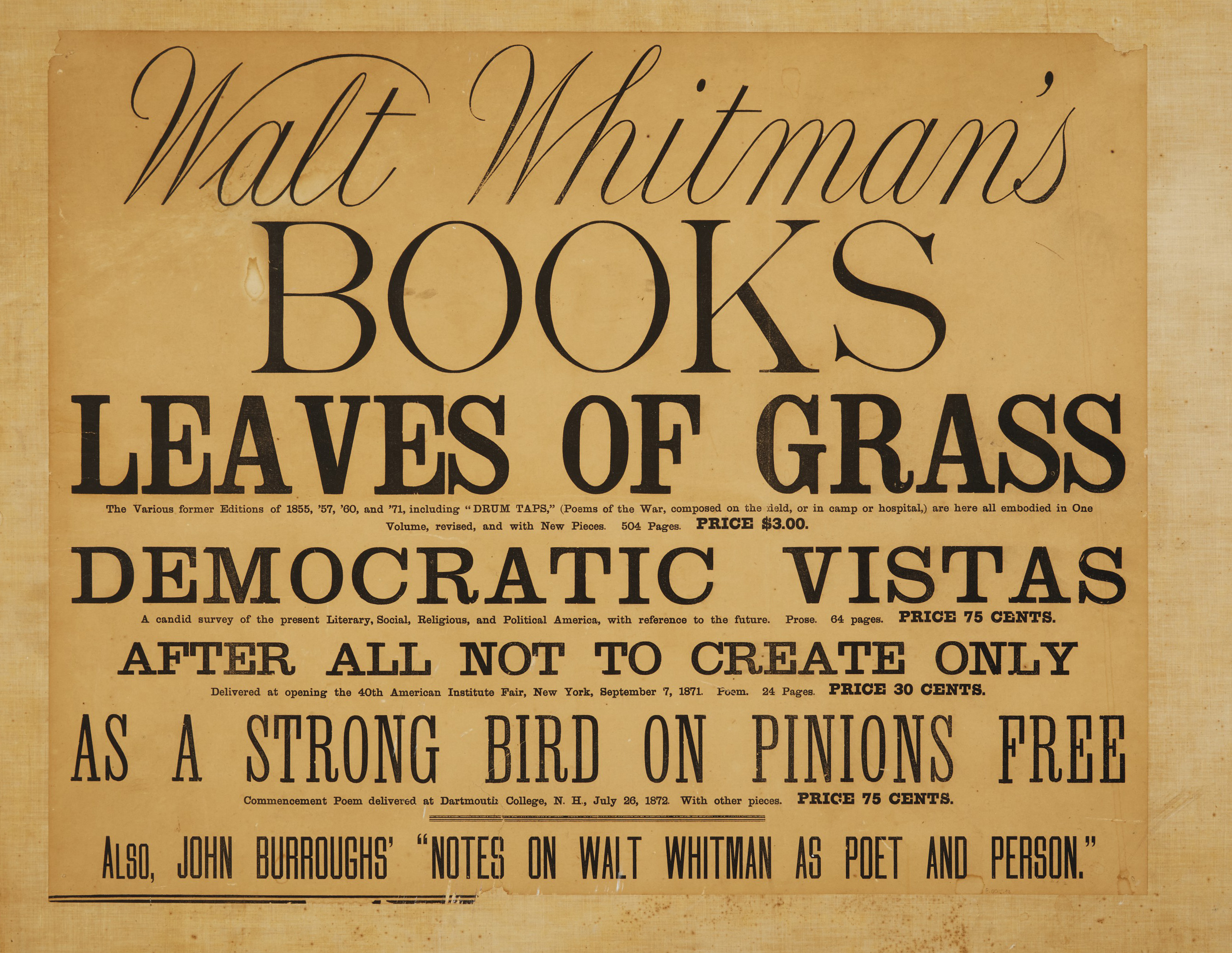 Whitman designed this rare broadside to promote his works in bookstores. The broadside advertises four of the author’s most recent publications, together with a biography of Whitman by his friend John Burroughs. Leaves of Grass was in its fifth edition by this date. Although the broadside was designed for bookstore displays, Whitman referred to it as a “show bill” in a note to W. D. O’Connor.

“Throughout his literary life, Walt Whitman (1819–1892) never forgot his roots in the printing trade and the years he spent as an apprentice with newspaper printers in Long Island and New York city. This broadside, which uses eight different type faces, was apparently designed by Whitman himself to help booksellers promote the five titles listed.” (Grolier Club, Lasting Impressions, 2004).