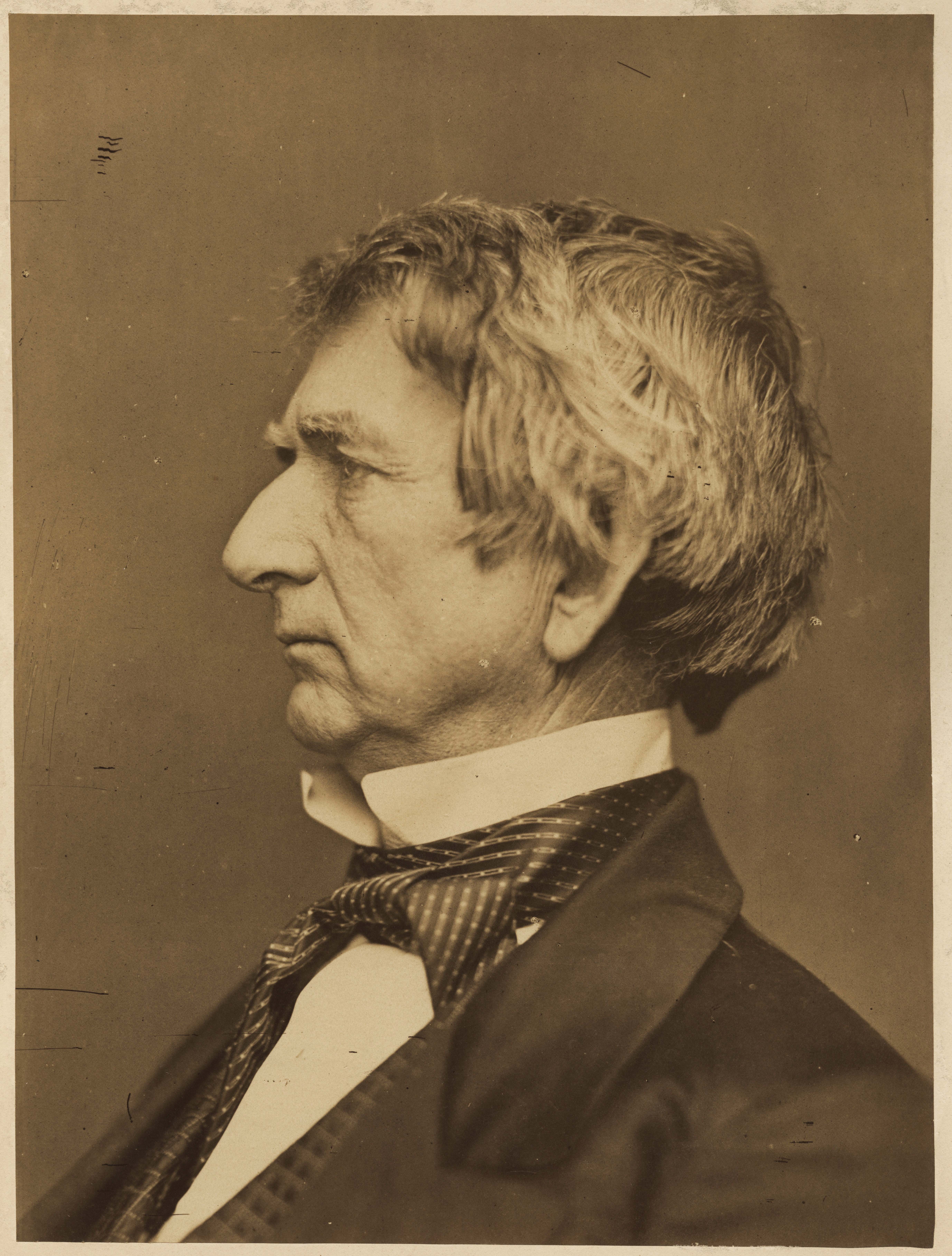 William Seward, a dominant force in the nascent Republican Party, was U.S. Senator and Governor of New York. He was a leading candidate for the presidency in the 1860 presidential election, and after defeating him, Abraham Lincoln named Seward secretary of state. In that position Seward played an essential role advising Lincoln and keeping foreign powers from interceding in the Civil War.

Seward survived an assassination attempt on the night that Lincoln was killed. Staying on as secretary of state under Andrew Johnson, Seward negotiated the Alaska purchase in 1867, “Seward’s Folly.”

This portrait of Seward is evidently one of the “published” Imperial portraits issued by Brady. “These ‘published’ Imperial prints were announced in the New York Times on August 11, 1858: ‘Brady has just commenced the publication of a series of imperial photographs. The first of the series is an excellent portrait of John J. Crittenden, of Kentucky’ … At 12 x 9 5/8 inches, they were smaller than Brady’s sumptuous Imperial photographs, and issued on paper mounts engraved with the Brady studio location and, sometimes, with the name of the figure pictured. In presentation and style, they resemble mezzotint portraits of earlier centuries. A reduced step from the custom Imperial portrait, though still a photographic process, this new ‘imperial’ format could be mass-produced by the studio and sold commercially to anyone who might like to own a portrait of a famous American statesman” (New York Historical Society).

An engraving from this portrait at the New York Public Library is captioned “from an original negative, c. 1863, by Mathew Brady.”

This is a stunning profile bust Imperial portrait of Seward by Mathew Brady.

Offered as part of the "Team of Rivals" collection, offered for sale en bloc only