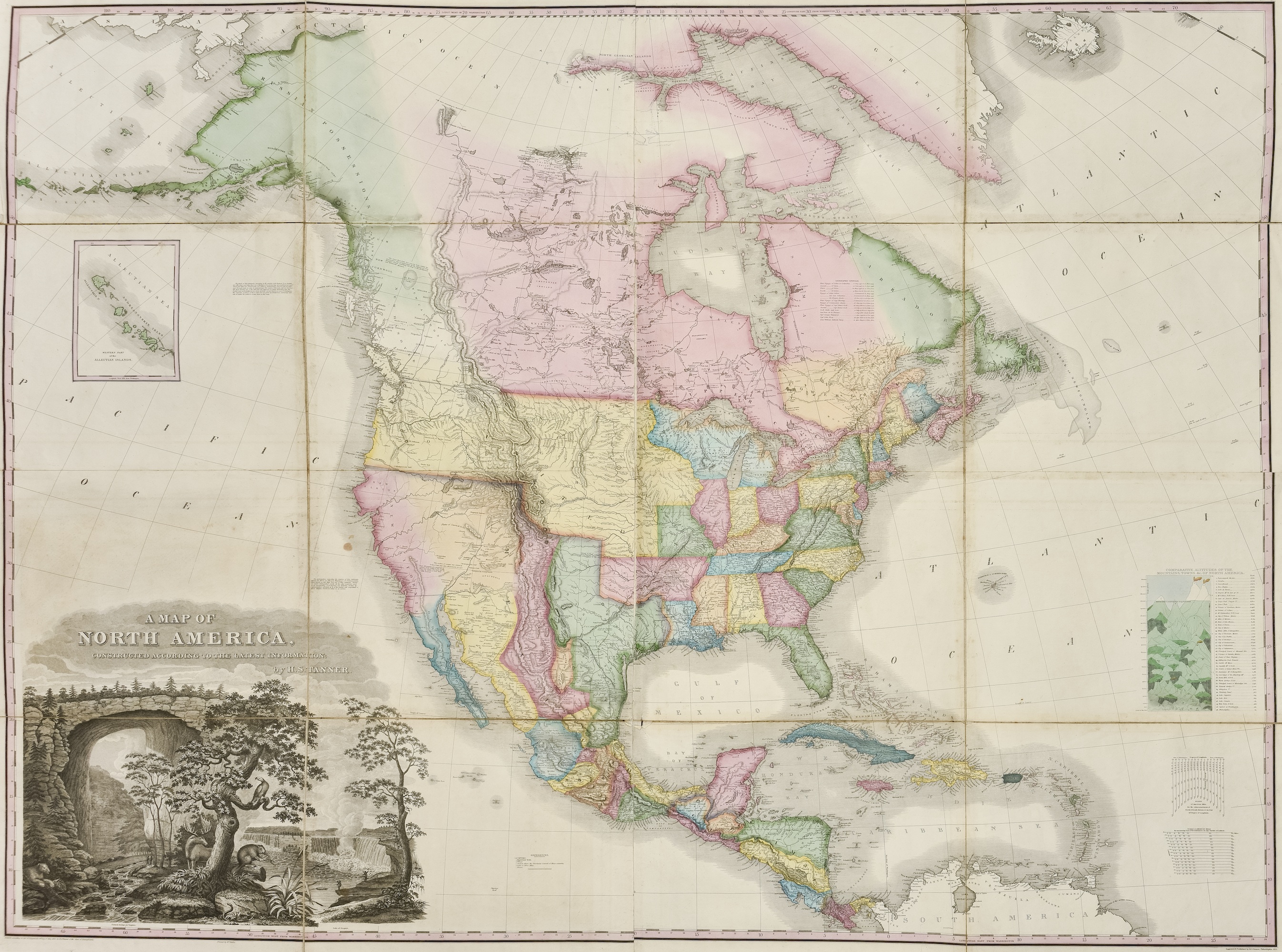 TANNER, [HENRY SCHENK]. A New American Atlas containing maps of the several states of the North American union … Projected and Drawn on a Uniform Scale …

First edition of “the most distinguished atlas published in the United States during the engraving period” (Ristow). Tanner’s greatest work, A New American Atlas was painstakingly produced and issued in installments between 1818 and 1823. Few complete sets have survived. Tanner’s use of a uniform scale of 15 geographical miles to the inch and his careful selection of sources resulted in a comprehensive American atlas of unprecedented detail and reliability which was the standard by which American atlases were measured until the modern era. This was by a considerable margin the greatest American atlas up to its time.

The spectacular folding map of North America is a high point of American cartography. “The map was a landmark – a great cartographic achievement … [and] was the progenitor of a long line of famous maps” (Wheat). This tremendous map, measuring 58 x 45 inches, reflects the extent of the Lewis and Clark discoveries and presents findings of the expeditions of Pike, James, and the other great early overland surveys.

“Tanner … was endowed with that combination of scientific and artistic sense that spells the true cartographer and that led him ultimately to produce for his time the outstanding map representations of the territory of the United States. … No modern atlas of relatively equal merit is available to the American public today” (Dictionary of American Biography).