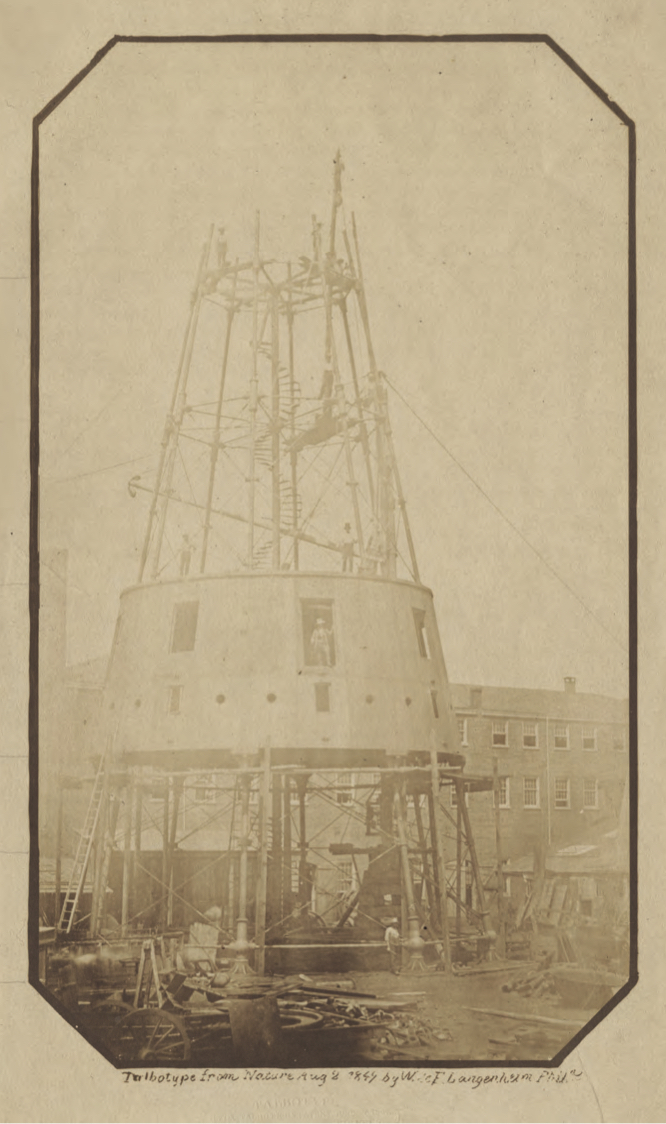 1849 American calotype by the Langenheims

This important survival of American photographic history is a very early calotype of a water tower in Philadelphia. Paper photography from this era is a rarity and the image was created by two of America’s great photographic pioneers, the Langenheim brothers.

A calotype (or talbotype) is a negative-positive photographic process in which a paper negative is produced and then used to make a positive print using exposure to light. It was introduced by William Henry Fox Talbot, from whom the brothers had obtained the rights to the process, soon after Daguerre’s advancement in France.

The Langenheim brothers were some of the first entrepreneurs to utilize the calotype process in America. They began creating their own photographic images and revolutionizing the field of American photography soon after the process’s invention. “In 1842 they made the first advertising photograph in history, a picture of the restaurant in the Exchange Building in Philadelphia” (Pennsylvania Arts and Sciences Society, 1940) and “[i]n 1845 the brothers traveled to Niagara Falls where they made the first ever photographs of the natural wonder” (Metropolitan Museum of Art, 2017).

The pair were among the first to commercially produce stereoscopic images in America, helping introduce the American public to an immensely influential photographic media. The brothers were also responsible for the first photographs in America of a total solar eclipse.

American paper photographs of this quality and early date are rare in private hands. This is an opportunity to obtain an important example of American photographic history.