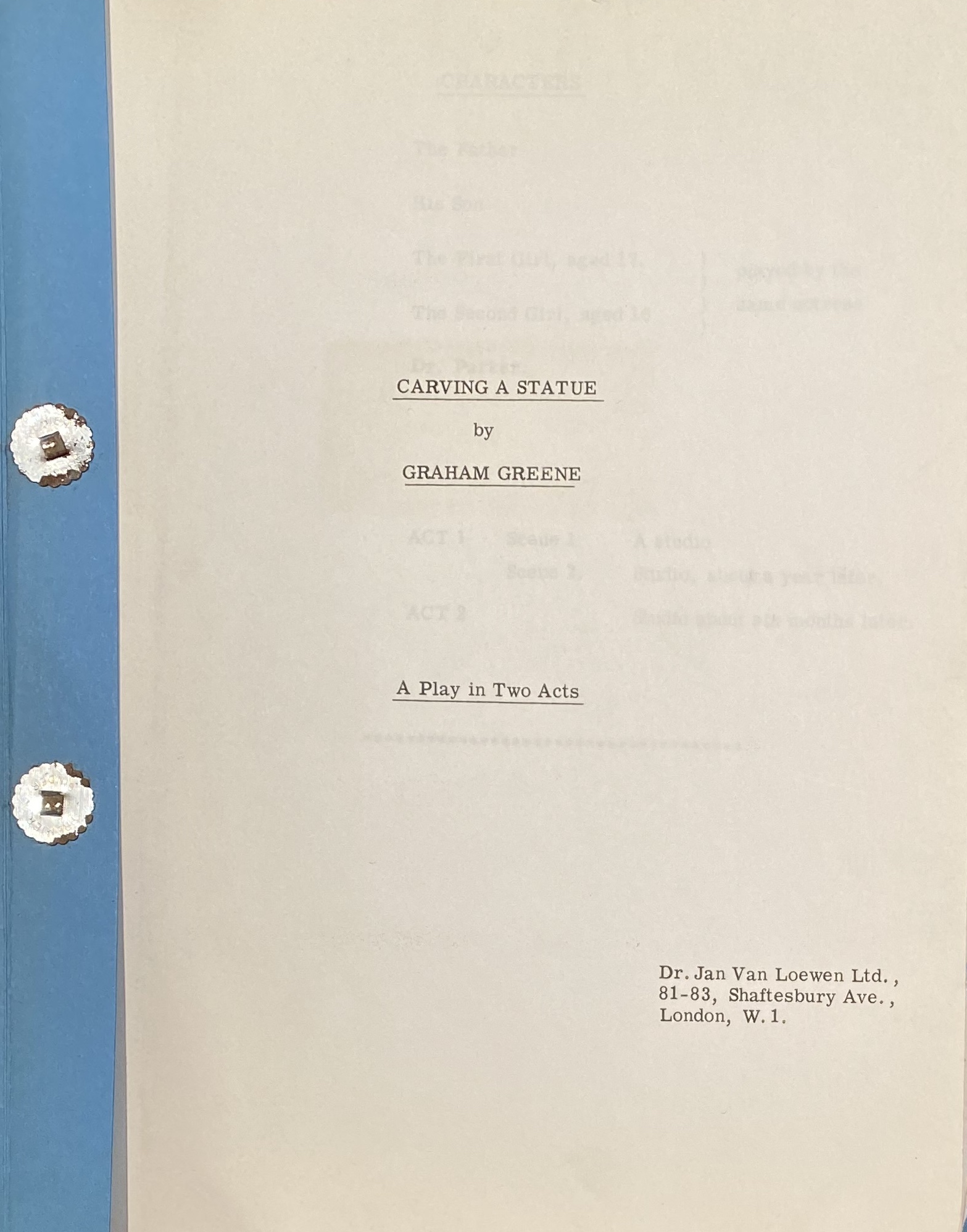 GREENE, GRAHAM. Carving a Statue. A play in two acts

This is a rare original script for Graham Greene’s play Carving a Statue which opened on September 17, 1964 at the Theatre Royal Haymarket. The production, directed by Peter Wood and starring Ralph Richardson, closed after a month. Greene blamed Richardson’s “humourless” interpretation of the main character for the play’s failure.

Green wrote, “Never before have I known a play like this one so tormenting to write or so fatiguing in production. I am grateful to the reviewers who may have a little accelerated the end. At the age of sixty there is no reason to work, except to earn a living or to have ‘fun.’ This play was never fun and I earn my living in another field.”

Not in WorldCat. Greene employed Dr. Jan Van Loewen, whose name is printed on the first leaf of this script, as his theatrical agent beginning in the 1950s.

Provenance: Anthony Peek, manager for the original 1964 production at the Theatre Royal Haymarket.