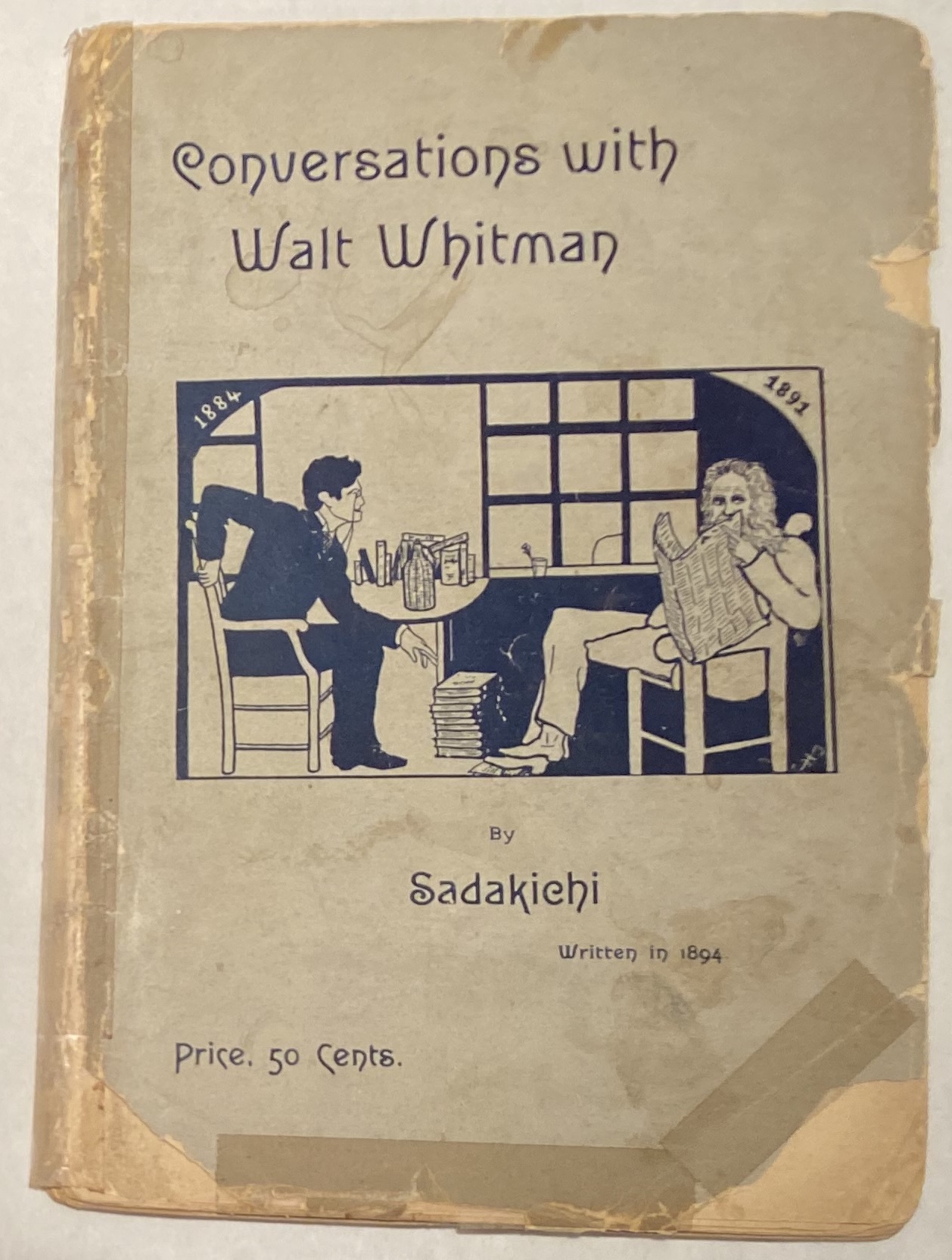 FIRST EDITION. After reading Leaves of Grass, 17-year-old Sadakichi Hartmann sought out and befriended Walt Whitman, who became a mentor. This volume recounts their conversations. The poet declared, “I have more hopes of him, more faith in him than any of the boys.”

Son of a German diplomat and a Japanese woman, Sadakichi Hartmann later achieved minor fame as a photography critic, friend of a range of modernists, poet, Bohemian in New York, and actor and bon-vivant in Hollywood.