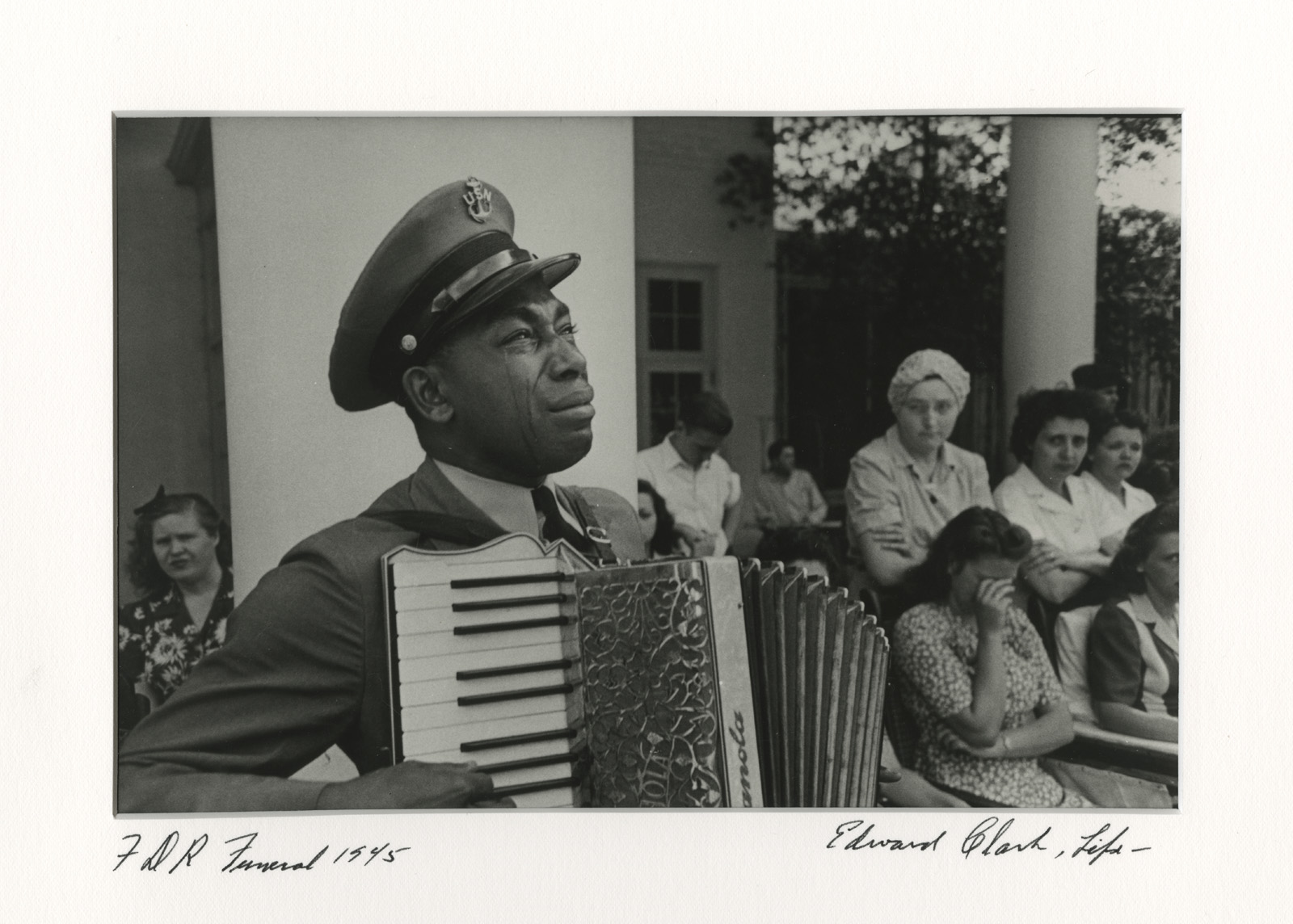 Gelatin silver print, mounted, signed and inscribed by the photographer on the mat (slight fading). 13 x 9 in. Excellent condition.

Signed and inscribed by the photographer: “FDR Funeral 1945, Edward Clark.” Famed Life photographer Edward Clark took this celebrated picture in 1945 at the funeral of Franklin D. Roosevelt in Atlanta. “The area was in front of the building at the polio clinic where Roosevelt had spent so much time, [Clark] saw Navy bandsman, CPO Graham Jackson, playing away on his accordion while tears streamed down his face” (Clark, Decades).

“Ed Clark’s photograph, meanwhile, of an openly weeping Chief Petty Officer (USN) Graham Jackson playing “Goin’ Home” on his accordion as FDR’s flag-draped casket passes by in April 1945 has, through the years, come to symbolize not merely a nation’s grief, but black America’s acknowledgement of Roosevelt’s efforts on behalf of civil rights while he was in office” (Life website)