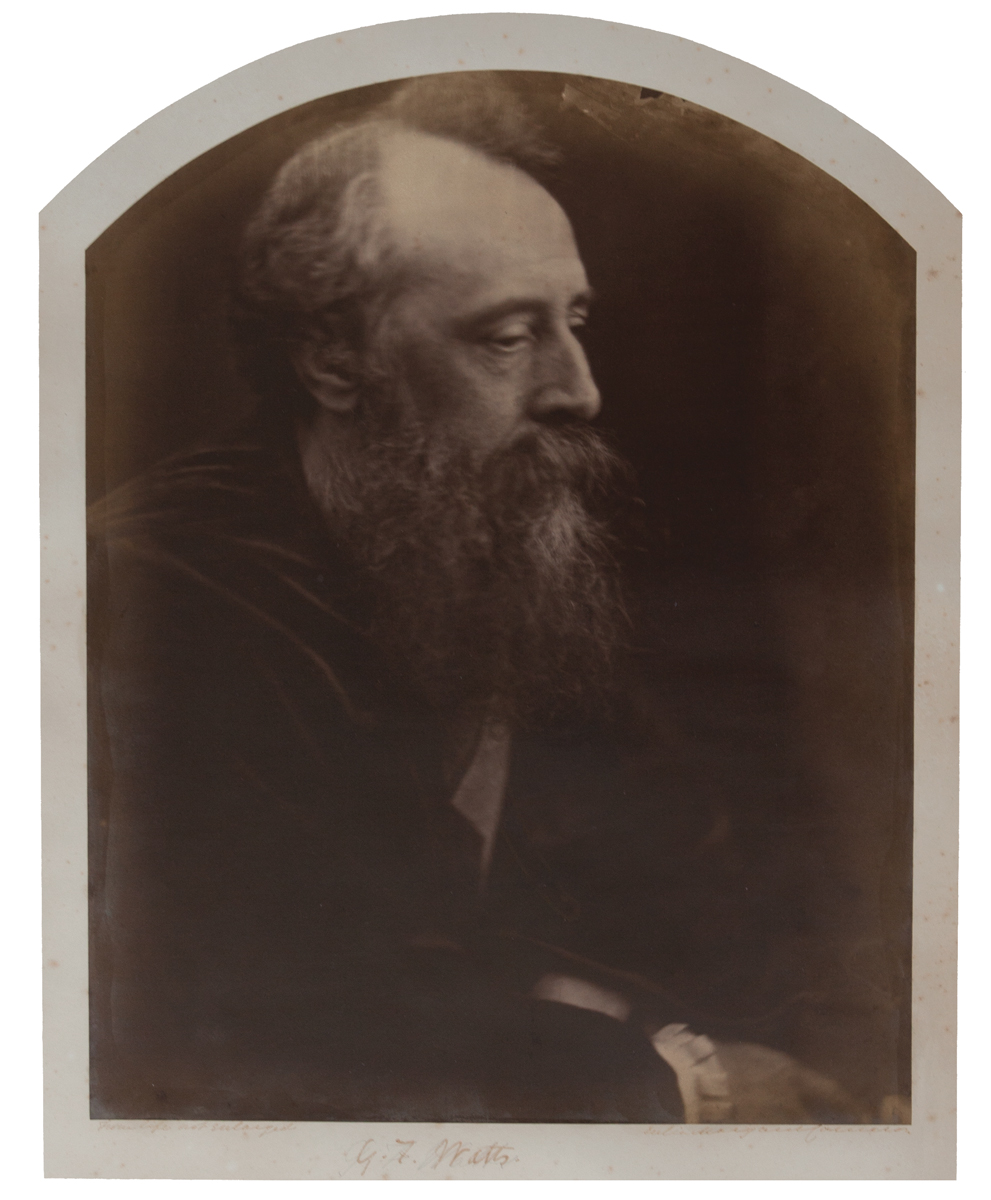 This splendid portrait is inscribed and signed on the mount by Cameron: “G.F. Watts From Life not enlarged Julia Margaret Cameron.”

George Frederic Watts (1817-1904), the renowned English Victorian painter, was one of Julia Margaret Cameron’s closest friends and art mentors. Watts painted Cameron’s portrait in the early 1850s, and Cameron reciprocated with a number of photographic portraits in the years that followed.

Watts lived for many years with the family of Cameron’s sister Sara at Little Holland House, where he was part of a long-lived artistic and literary salon. In the early 1870s Watts acquired a house at Freshwater, Isle of Wight, joining his friends Cameron and Tennyson there.

“How masterly … are her straightforward, truthful portraits, which are entirely free from false sentiment.” “It is they which have made her work immortal in the annals of photography” (Gernsheim).