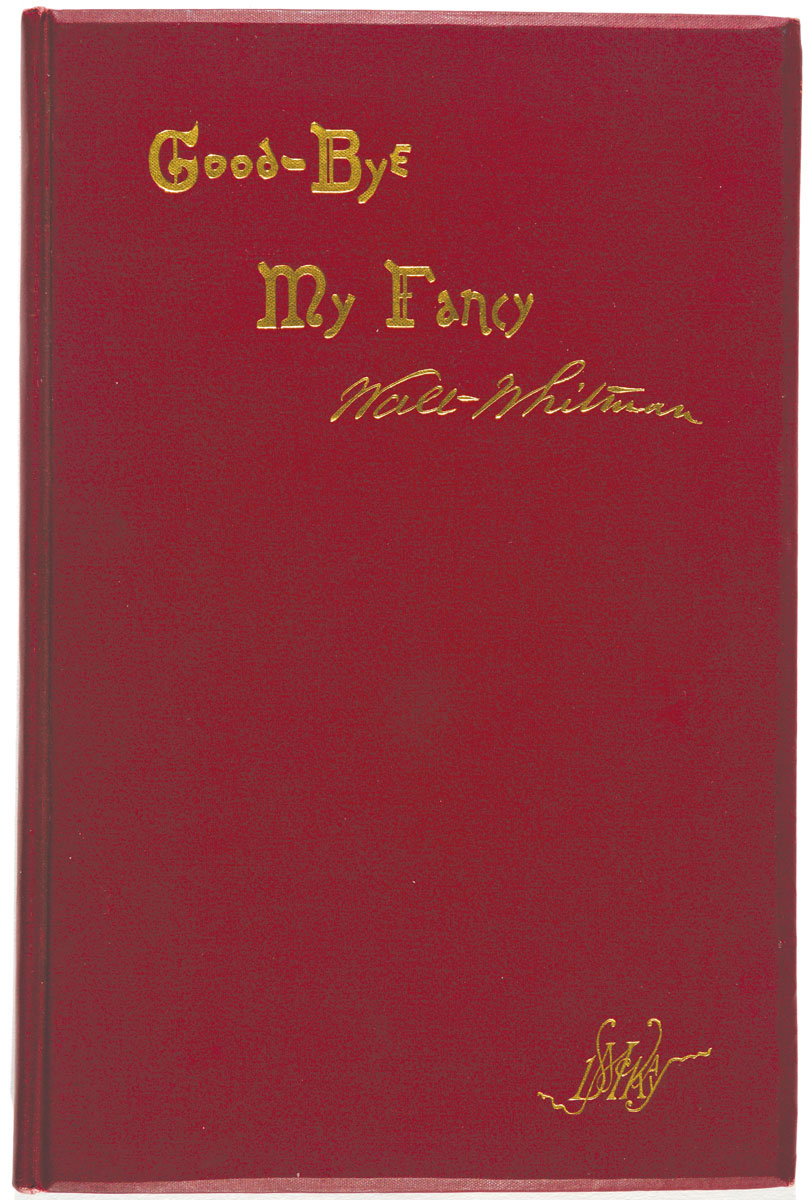 Good-Bye My Fancy, a form not in Myerson

FIRST EDITION. This form of Good-Bye My Fancy is not in Myerson.  Myerson notes that examples in binding A are trimmed on all edges and measure 8 7/8 in. tall, while those in bindings B and C are 9 ½ in. tall.  The present copy in binding A is 9 ½ in, tall and untrimmed except for the top edge. The present example may have been a special form made for presentation purposes that so pleased Whitman that he ordered those subsequently bound in bindings B and C to replicate it.

“Whitman, even during the final year of his life, was working on a new book, this one what he called ‘an appendix to November Boughs.’ … Whitman enlisted his old printing firm, Ferguson Brothers of Philadelphia, and his old binder, Oldach, and his old emissary, Traubel, to whip this final book together and get a thousand copies printed, most of which McKay purchased to sell under the McKay imprint … The book contained both poetry and prose (what Whitman called ‘melanged prose ‘as if haul’d in by some old fisherman’s seine’; the poems from this volume would form the second annex of the Deathbed Edition of Leaves” (Folsom, Walt Whitman as a Maker of Books, Whitman Archive).