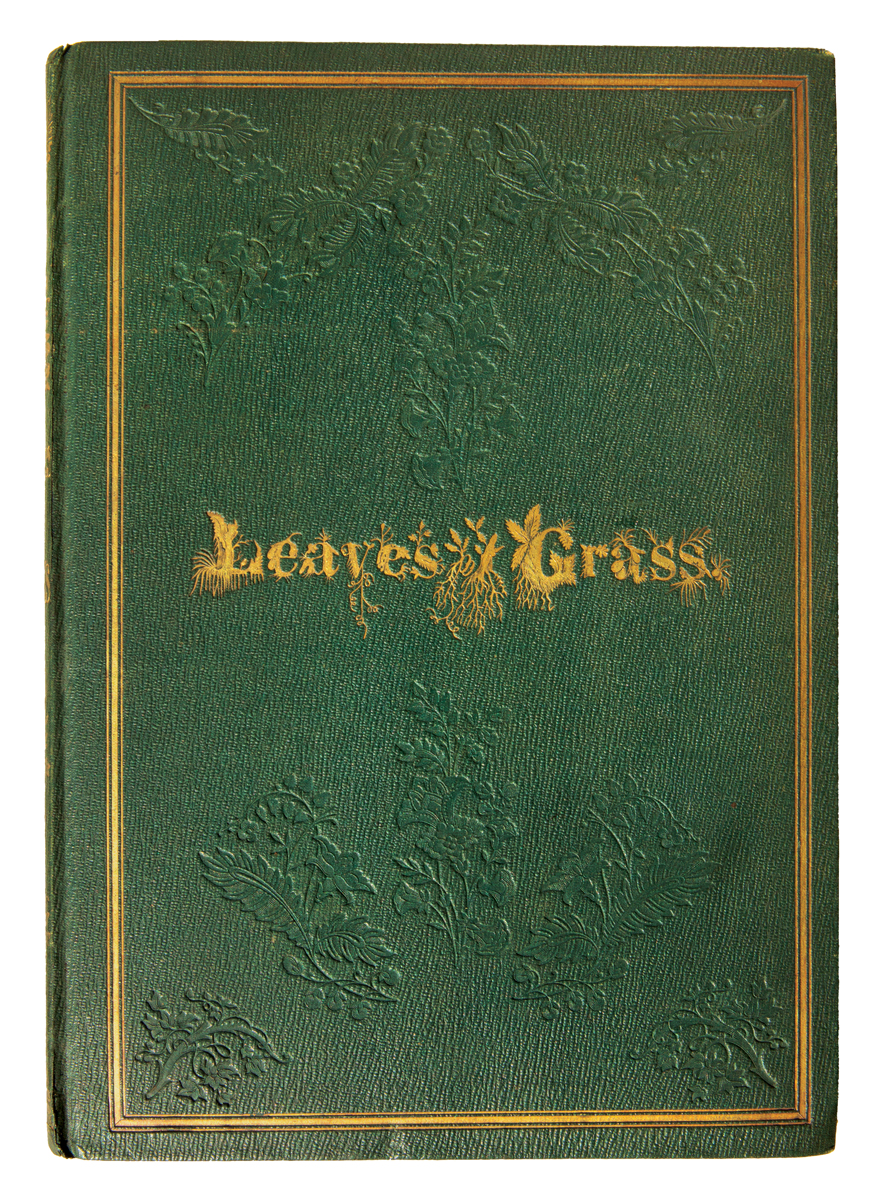 Leaves of Grass: “It is America’s second Declaration of Independence: that of 1776 was political; this of 1855 intellectual.” – PMM

First edition, one of only 200 copies of the first issue of Whitman’s Leaves of Grass.

“The importance of the first edition of Leaves of Grass to American literary history is impossible to exaggerate. The slender volume introduced the poet who, celebrating the nation by celebrating himself, has since remained at the heart of America’s cultural memory because in the world of his imagination Americans have learned to recognize and possibly understand their own. As Leaves of Grass grew through its five subsequent editions into a hefty book of 389 poems (with the addition of the two annexes), it gained much in variety and complexity, but Whitman’s distinctive voice was never stronger, his vision never clearer, and his design never more improvisational than in the twelve poems of the first edition” (Ivan Marki).

“If one attempts to list the artistic achievements of our nation against the background of Western tradition, our accomplishments in music, painting, sculpture, architecture tend to be somewhat dwarfed. … The exception is in literature. No western poet, in the past century and a half, not even Browning or Leopardi or Baudelaire, overshadows Walt Whitman or Emily Dickinson. … The book that matters most is the original 1855 Leaves of Grass” (Harold Bloom, The Western Canon).

“Always the champion of the common man, Whitman is both the poet and the prophet of democracy. The whole of “Leaves of Grass” is imbued with the spirit of brotherhood and a pride in the democracy of the young American nation” (Printing and the Mind of Man).

Most copies of this fragile volume that have appeared in recent years have been heavily restored. This is a very handsome copy.

Provenance: signature of Thomas Bucher dated October 1855. The first issue Leaves of Grass is rarely found with an 1855 provenance.

Printing and the Mind of Man 340. Grolier 100 Influential American Books 67. Myerson, Walt Whitman: A Bibliography A 2.1.a1