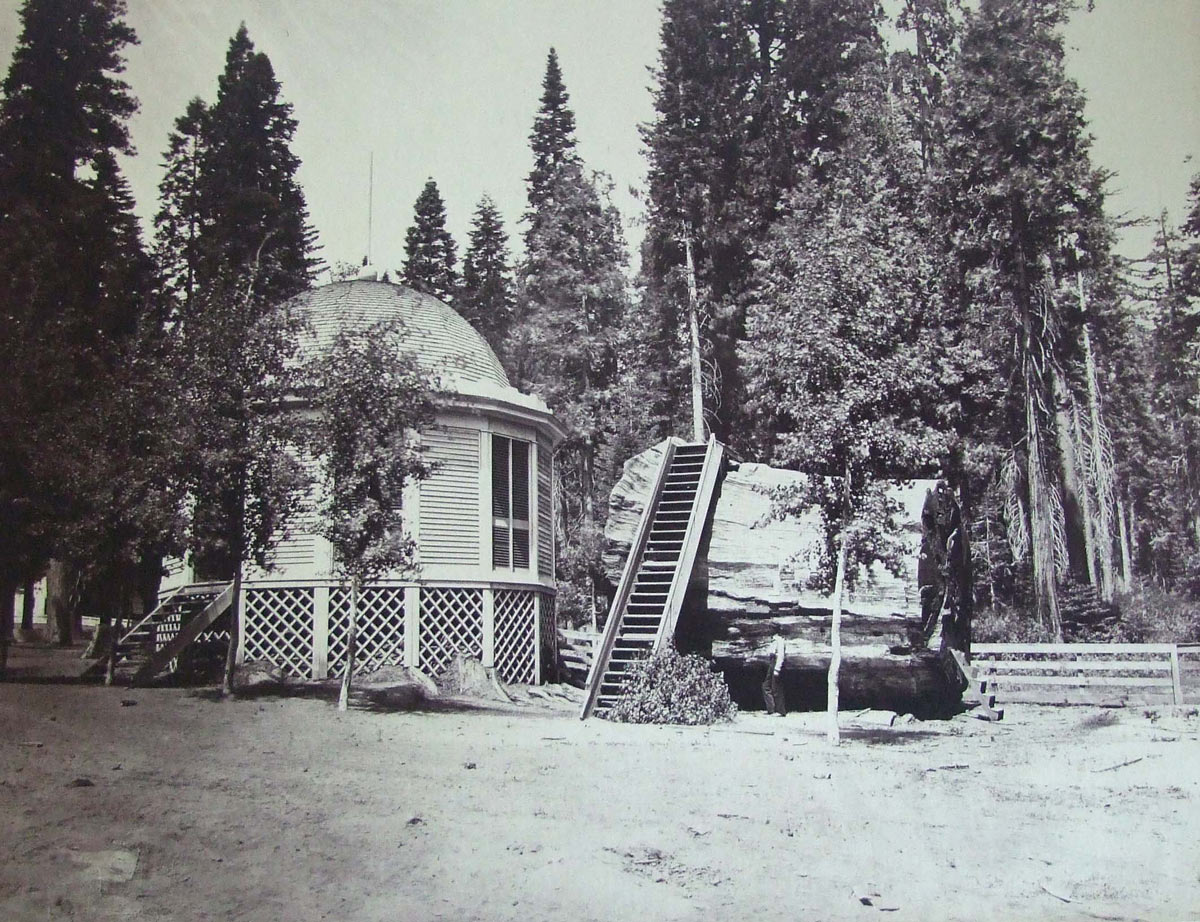 Mammoth albumen print. This beautiful photograph was formerly affixed back-to-back with another mounted photograph, giving a very faint linen-like texture on the surface. Thin strip of linen tape on mount. A splendid print with rich tonal range, worthy of the finest collections.

CALIFORNIA PHOTOGRAPHY PIONEER. Charles Leander Weed is generally considered the first photographer to work in Yosemite. His 1859 trip there yielded approximately twenty 10 x 14 inch views and forty stereo images. For his 1864 photographic expedition to the Yosemite Valley and the Big Trees of Calaveras, Weed used a larger camera to produce this splendid mammoth-plate print (more than twice the size of the 1859 views), as well as a new series of stereo views.

His greatest accomplishment was his series of mammoth plate photographs of the Yosemite Valley and the Big Trees of Calaveras made in 1864. His photographs of the giant sequoias are especially noteworthy as they capture the magnificence and scale of the great trees.

The Original Big Tree shows the first giant sequoia to come to the attention of the American public. Discovered by Augustus P. Dowd in 1852 in the Mammoth Grove of Calaveras, it was cut down the following year. Five men felled the tree after three weeks of work using only mining augurs. The bark was then assembled into the tree’s original form for a traveling exhibit. The colossal stump of the “Discovery Tree” was planed and briefly used as a dance floor, prompting John Muir’s essay “Then the vandals danced upon the stump!” This image shows a section of the trunk lying next to the domed building covering the stump.

Weed exhibited his mammoth prints at the 1867 Paris International Exposition. Lawrence & Houseworth’s 1870 catalogue offered them for sale and observed, “This series of views, together with the stereoscopic collection, were awarded the bronze medal at the Paris Exposition, for their superior excellence.” Relatively little is known about Weed, who “remains a shadowy presence” (Palmquist). In addition to working in San Francisco, he established studios in China and Hawaii.