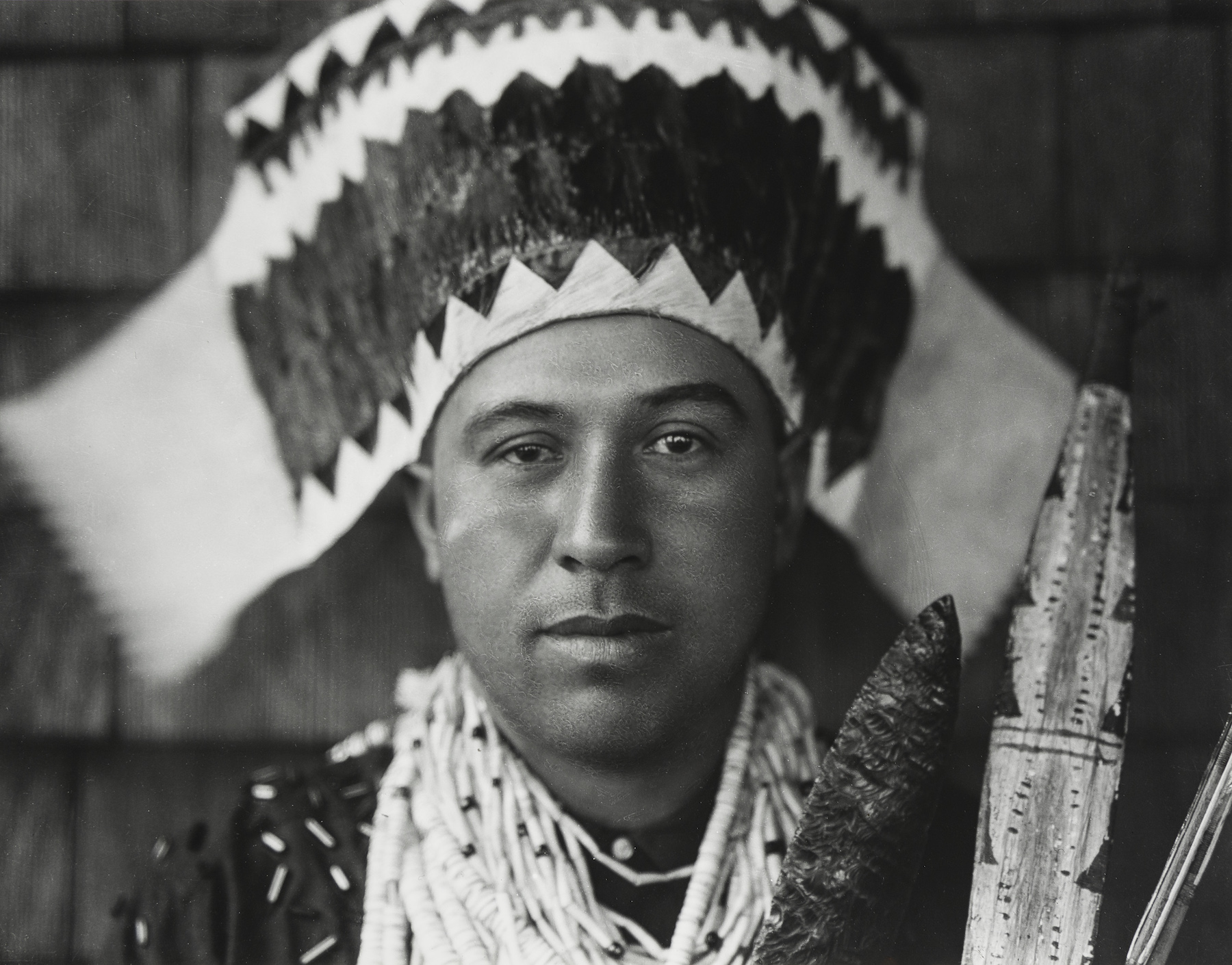 "one of the most thorough, extensive and profound photograph works of all time”

This is a splendid original glass plate made for Edward Curtis’s The North American Indian, the greatest photographic work on Native Americans. Curtis, one of the greatest American artists of his era, was the most celebrated photographer of North American Indians. Over the course of thirty-five years, he took tens of thousands of photographs of Indians from more than eighty tribes. “Never before have we seen the Indians of North America so close to the origins of their humanity, their sense of themselves in the world, their innate dignity and self-possession” (N. Scott Momaday). Curtis’s photographs are “an absolutely unmatched masterpiece of visual anthropology, and one of the most thorough, extensive and profound photograph works of all time” (A. D. Coleman).

Curtis wrote of this photograph, Tolowa Dancing Headdress, “The head-dress is of the type common to the Klamath River tribes – a broad band of deerskin partially covered with a row of red scalps of woodpecker. The massive necklace of clam-shell beads indicates the wealth of the wearer, or of the friend from whom he borrowed it. He carries a ceremonial celt of black obsidian and a decorated bow.”

This is the original glass interpositive for plate 455, published in 1924. Curtis selected 723 of his photographs to be printed as large format photogravures in his magisterial The North American Indian, “the most gigantic undertaking in the making of books since the King James Bible” (New York Herald). Another 1505 small format images illustrated the text. The prints were created through an exacting process to transfer the images from the unique glass negatives to interpositive glass plates and then to metal printing plates for the creation of the photogravures. As in all printing processes, each step in reproduction results in a loss of detail and clarity. Thus the original Curtis interpositive glass plate produced for each of the photogravures retains a uniquely sharp image far exceeding the photogravure in detail. Its clarity is magnified by the dramatic impact of backlighting which creates a virtual third dimension in the plate.

This is an exceptional opportunity to acquire an example of one of the greatest monuments of photography in one of its rarest and most important forms.