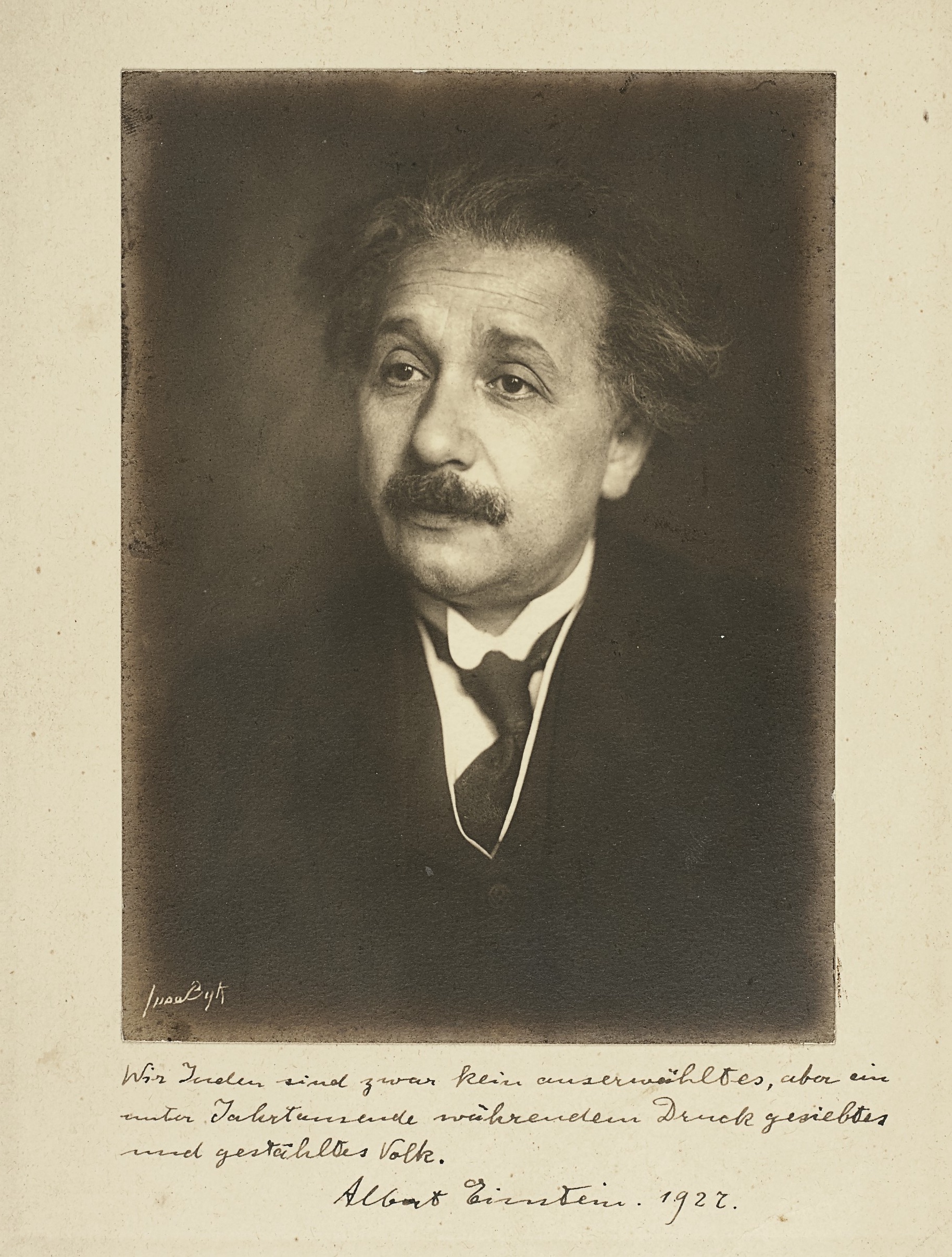 “we Jews are not a chosen people, but one that has been strained and steeled by millennia of pressure”

Albert Einstein on the Jewish people: “we Jews are not a chosen people, but one that has been strained and steeled by millennia of pressure.” On this dramatic portrait of Einstein at age 48, made at the height of his fame, the scientist writes:

“Admittedly we Jews are not a chosen people, but one that has been strained and steeled by millennia of pressure. Albert Einstein 1922″ (“Wir Juden sind zwar kein auserwähltes, aber ein unter Jahrtausende währendem Druck gesiebtes und gestähltes Volk. Albert Einstein 1922”).

Einstein rejected the idea of an anthropomorphic God choosing the Jews for a divine purpose. With this inscription he suggests that the shared Jewish identity does not confer privilege over other groups. Instead, for Einstein the culture and accomplishments of the Jewish people are the result of their unique history.

At the end of his life Einstein elaborated on this idea in a 1954 letter to philosopher Eric Gutkind. Einstein wrote, “the Jewish people to whom I gladly belong, and in whose mentality I feel profoundly anchored, still for me does not have any different kind of dignity from all other peoples. As far as my experience goes, they are in fact no better than other human groups, even if they are protected from the worst excesses by a lack of power. Otherwise I cannot perceive anything ‘chosen’ about them.”

The Jewish photographer Suse Byk was a leading female portrait artist in Berlin in the 1920s and 1930s. Under the Nazi regime she was eventually forced to sell her firm for a fraction of its value and left for England and then America in 1938.

This is the finest inscribed Einstein portrait we have ever handled.