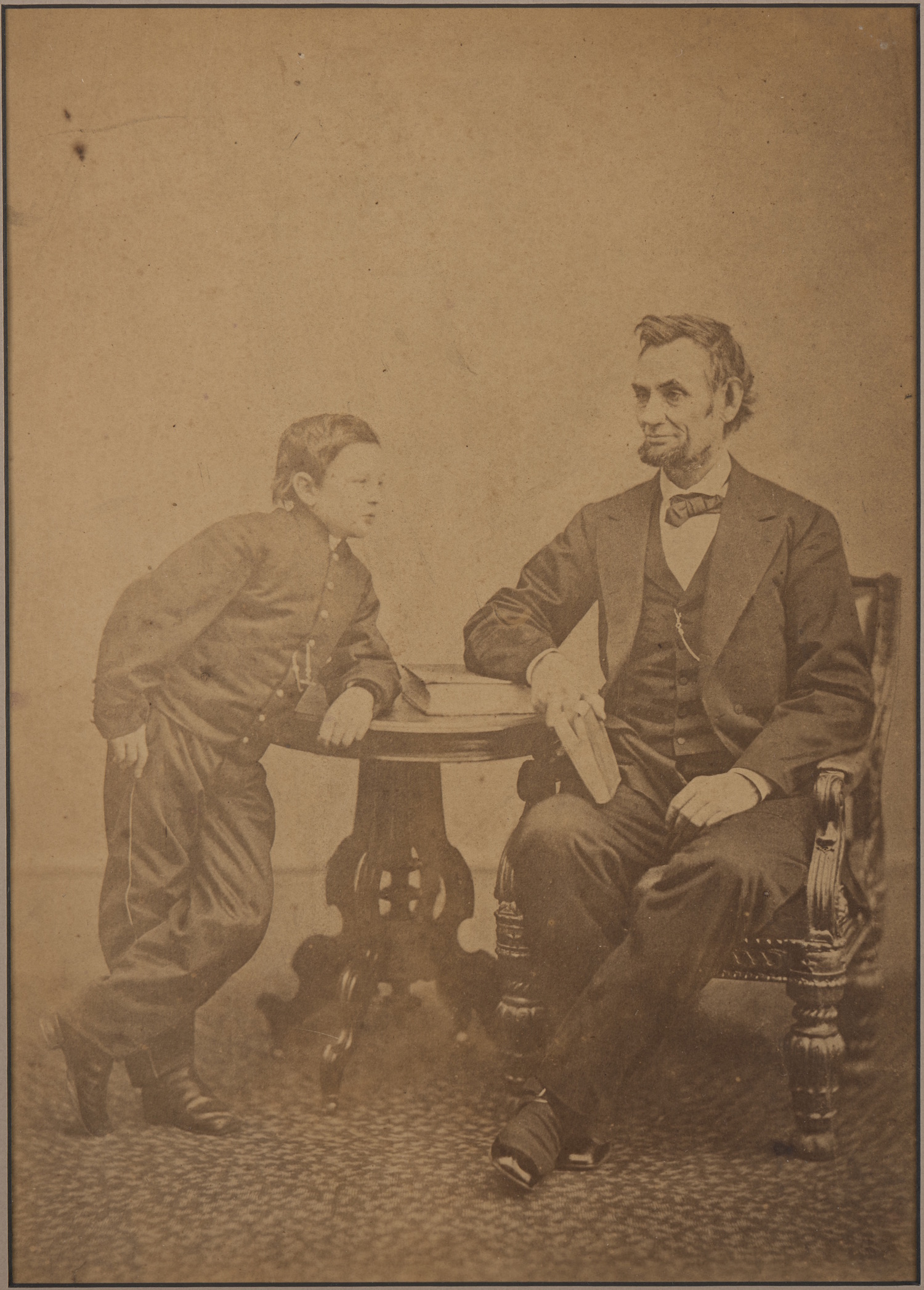 the largest portrait of Lincoln and his son Tad

Perhaps the most delightful of the Lincoln family photographs, this portrait shows an impish Tad leaning on a table as his seemingly bemused father sits on Gardner’s studio chair. Thomas “Tad” Lincoln was the youngest of the Lincoln boys.

Abraham Lincoln, an indulgent father, let his children run wild at his law offices and at the White House. His law partner William H. Herndon recounted, “I have felt many and many a time that I wanted to wring their little necks, and yet out of respect for Lincoln I kept my mouth shut. Lincoln did not note what his children were doing or had done.”
Lincoln sat for this portrait at Alexander Gardner’s studio on February 5, 1865. Just a month later he delivered the Second Inaugural Address, and within weeks he was assassinated. It would be his final sitting for Gardner, who made five poses that day. This fine portrait does not show the heavy retouching evident in later prints

By this date the end of the Civil War seemed to be drawing near. The war years had taken a heavy toll on Lincoln and on the nation. Horace Greeley observed, “his face was haggard with care and seamed with thought and trouble. It looked care-ploughed, tempest-tossed, and weatherbeaten.”

This fine portrait is the largest example we have seen and a scarce survival showing Lincoln as a loving father.