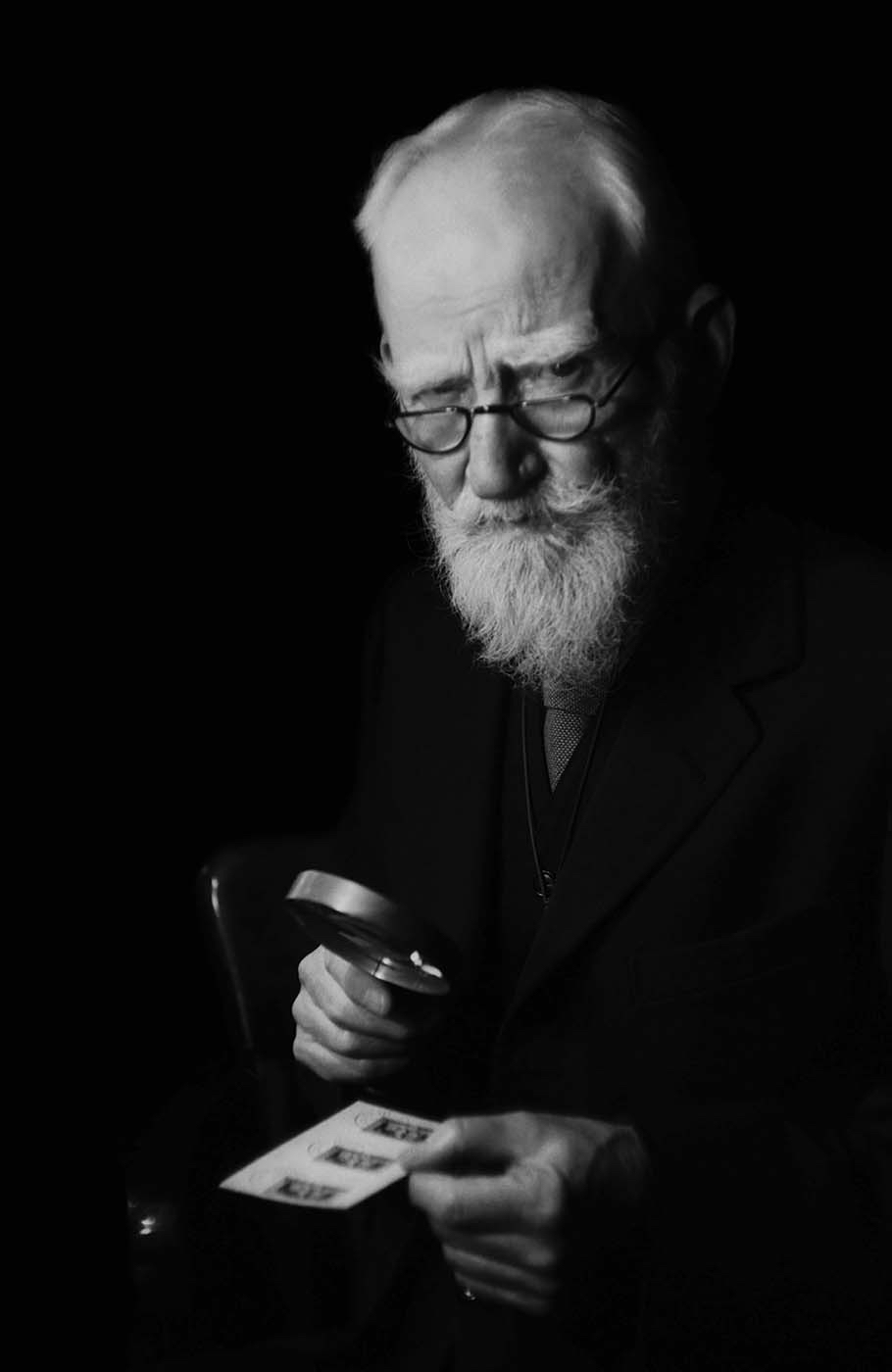 In this portrait Shaw examines the stamps which Sternberger had designed for the Belgian Royal Family, featuring the Royal children. Shaw was a philatelist, and the offer of the stamps was part of Sternberger’s method to gain access to Shaw.

Sternberger was a ‘master of light and shadow’ according to contemporary museum directors. This was in large part due to the simplicity of his portrait technique. In the profile image, Sternberger drew a stark contrast to the darkness of Shaw’s right side with the luminescence of his beard and hair.

George Bernard Shaw was a legendary playwright, critic, photographer, and co-founder of the London School of Economics. He was notoriously difficult. When Sternberger arrived at Shaw’s house for a session, Shaw refused to agree that he would even allow the sitting. He declined to view Sternberger’s portfolio and swore he would purchase no prints.

After a terse exchange, Sternberger rose to leave. Putting a hand on the photographer’s shoulder, Shaw relented saying, “All right, I am sorry. I will look at your portraits. But let me warn you, even if you should persuade me to sit for you – which is by no means certain – I will not buy a single picture.”

Shaw was true to his word and would ultimately buy no photographs. After a long battle he sat for Sternberger. When Sternberger sent him samples of the results, Shaw mysteriously replied that he wanted 50 copies of one print. Sternberger, hesitant to work to produce so many finished portraits without having received payment, telephoned Shaw and got no direct explanation.

After sending the prints, Sternberger received an envelope filled with small checks from Shaw. Shaw said, “[It’s] very simple: My autograph is worth more [than each check]; you can sell the checks to autograph collectors and get yourself some more money [than the portraits cost] which you deserve; they won’t cash the checks, so the whole transaction won’t cost me a penny.”

This delightful photograph show Shaw at the height of his fame and captures his exuberance and impishness.