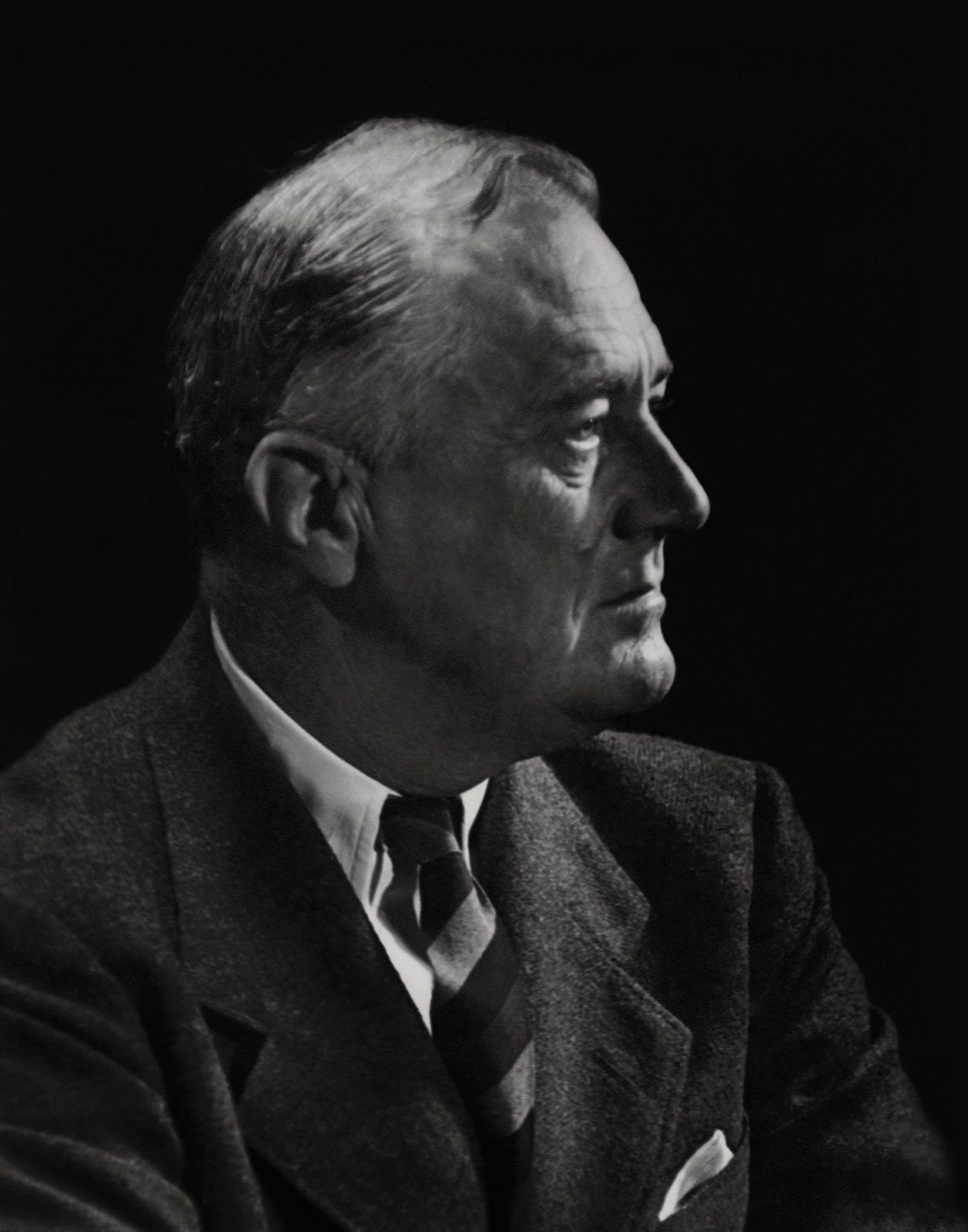 This photograph was the basis for FDR’s bust on the face of the American dime, first minted in 1946. The portrait shows Roosevelt in half profile, his strong jaw featured prominently.

The sitting was a jovial one, with Roosevelt remarking, “Are you trying to make me believe that a distinguished photographer like you doesn’t have more impressive equipment? Did your regular lamps fall into the ocean when you crossed the Atlantic?”

Marcel Sternberger’s subjects, generally more used to a formal studio environment, frequently remarked on the simplicity of his process. Sternberger used a handheld camera, a plain black backdrop, and simple lighting. This uncomplicated, direct approach defined Sternberger’s work: it allowed him to focus on the emotional state and character of the sitter, rather than extraneous details.