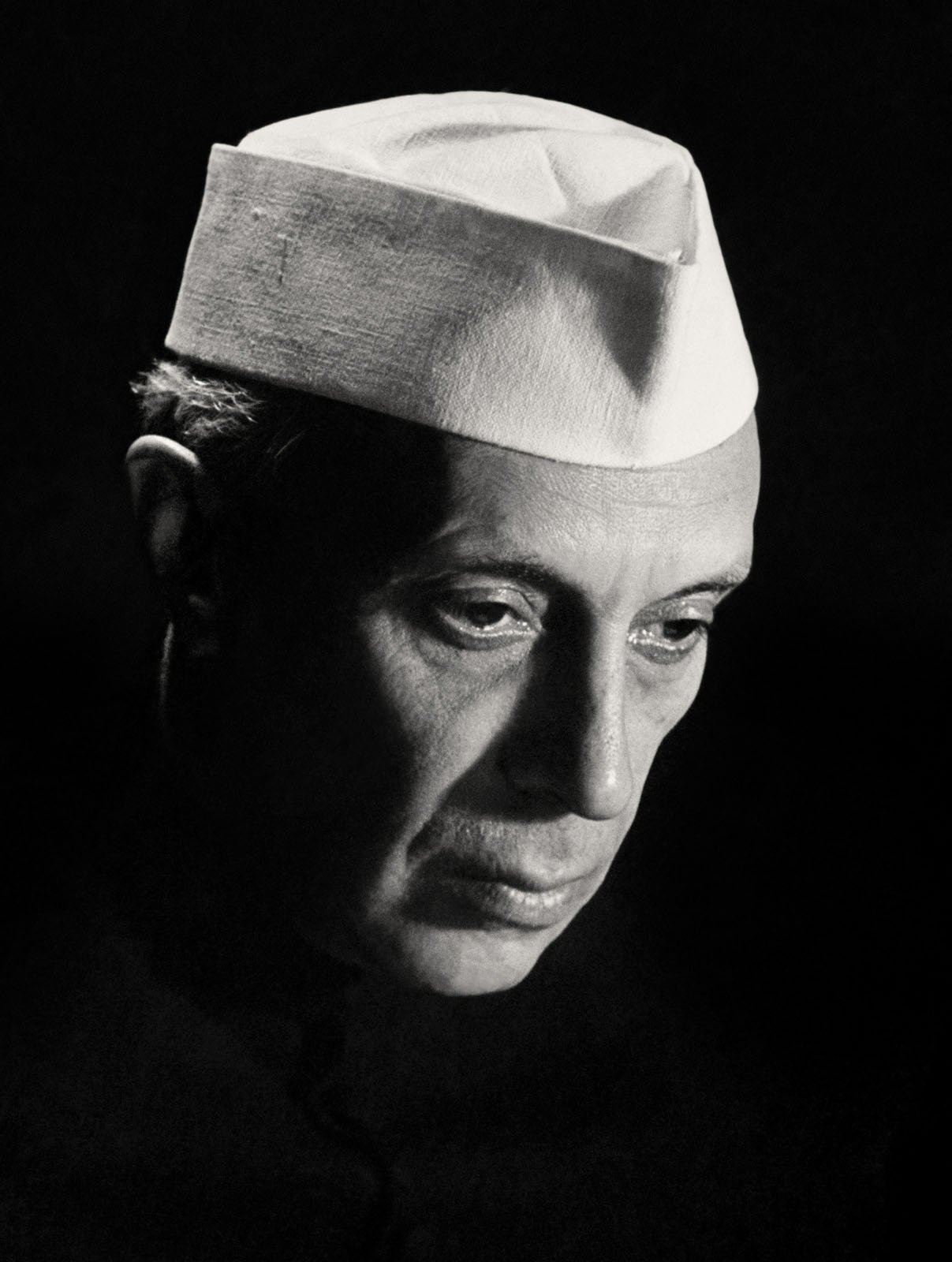 Sternberger presents a careful composition in this portrait of Jawaharlal Nehru. The crisp white Khaddar cap and dark shadows offset each other. This photograph was used as Nehru’s official government portrait in India and could be found in every school, government office, and embassy worldwide. It continues to provide the cover for Nehru’s seminal Glimpses of World History, a collection of letters about the history of humankind written from prison.

Nehru was Mahatma Gandhi’s mentee and designated successor. The first prime minister of India, he held the office for almost twenty years after helping the country gain independence. Sternberger first met Nehru in London when he was temporarily released from a British jail to visit his ill wife in Switzerland. Over the course of twenty-five years resisting British rule, Nehru spent a total of nine years in prison. There he wrote his famous letters to his daughter, Indira, eventually published as a book with Sternberger’s portrait of Nehru on the cover.

This portrait was Nehru’s official government portrait, appearing in embassies, schools, and government buildings throughout India and the world.