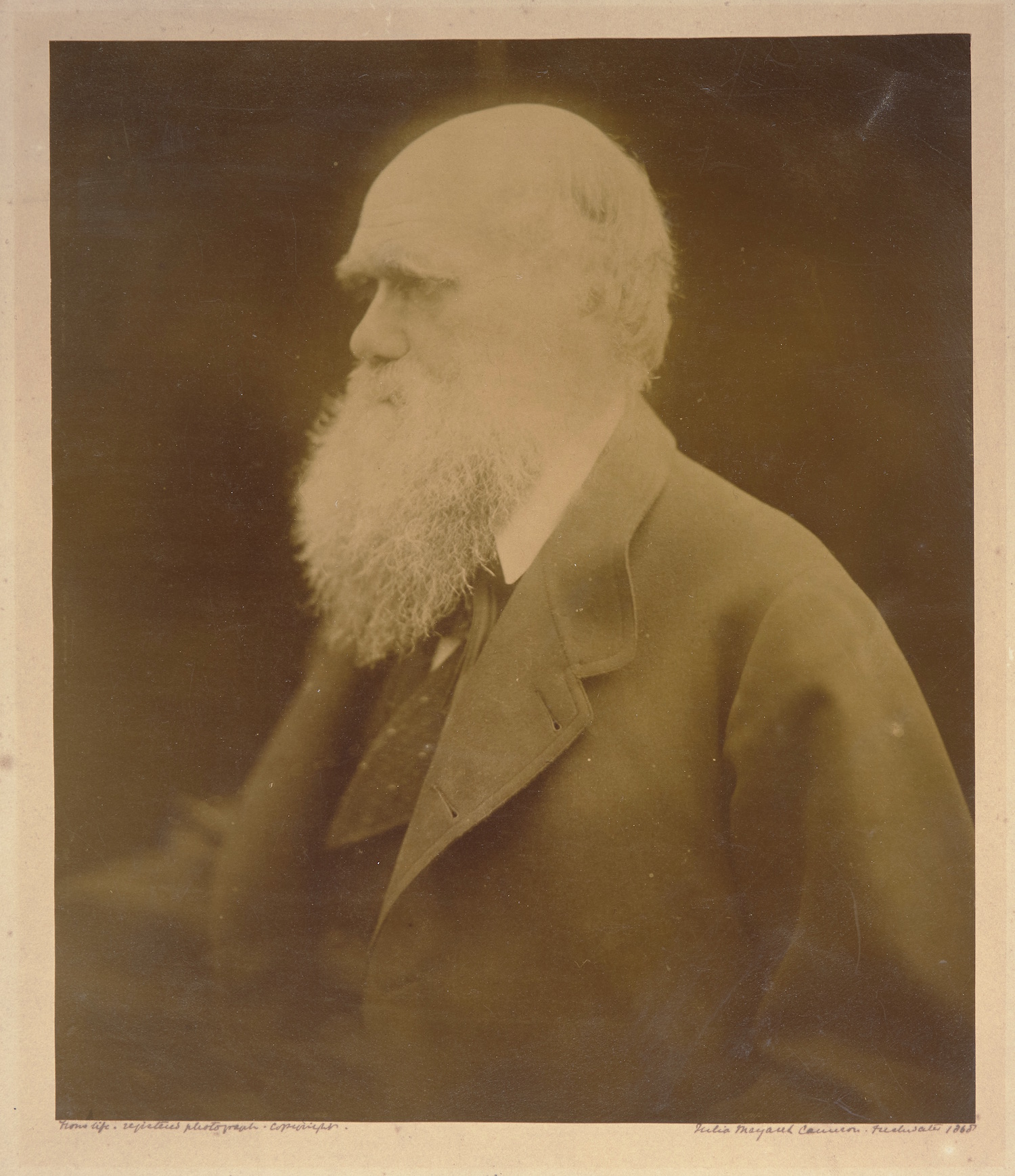 Albumen print from a collodion negative (11 1⁄4 x 9 1⁄2 in.), mounted on original gilt-ruled card (14 1⁄2 x 12 1⁄2 in.). Signed, dated, and inscribed by Cameron: “From life. Registered photograph. Copyright.” and “Julia Margaret Cameron Freshwater 1868.” Blindstamp of “Messrs Colnaghi, 14 Pall Mall, London” on separated card with printed facsimile signature and inscription: “I like this Photograph very much better than any other which has been taken of me. Ch. Darwin.”

The great Darwin portrait, Julia Margaret Cameron’s 1868 profile of Darwin is probably the most famous photograph of a 19th-century scientist. Darwin remarked, “I like this photograph very much better than any other which has been taken of me.”

In 1868, Darwin and his family traveled to the Isle of Wight, both for a long holiday and to aid in his recuperation from a recent illness. The Darwins rented a house from Cameron and were immediately charmed by the photographer:

“She received the whole family with open-hearted kindness and hospitality, and Darwin always retained a warm feeling of friendship for her. When they left she came to see them off, loading them with presents of photographs. Moved, Darwin said: ‘Mrs. Cameron, there are sixteen people in this house, all in love with you.’ Darwin paid her for her portraits of him, and as the Camerons had by that time lost a great deal of money through the continued failure of the coffee crop, she gladly accepted payment and ran boasting to her husband, ‘Look, Charles, what a lot of money!’” (Gernsheim, Julia Margaret Cameron).

Cameron is now widely regarded as one of the most accomplished photographers of all time. Her portraits are easily recognized by their dramatic lighting and soft focus.