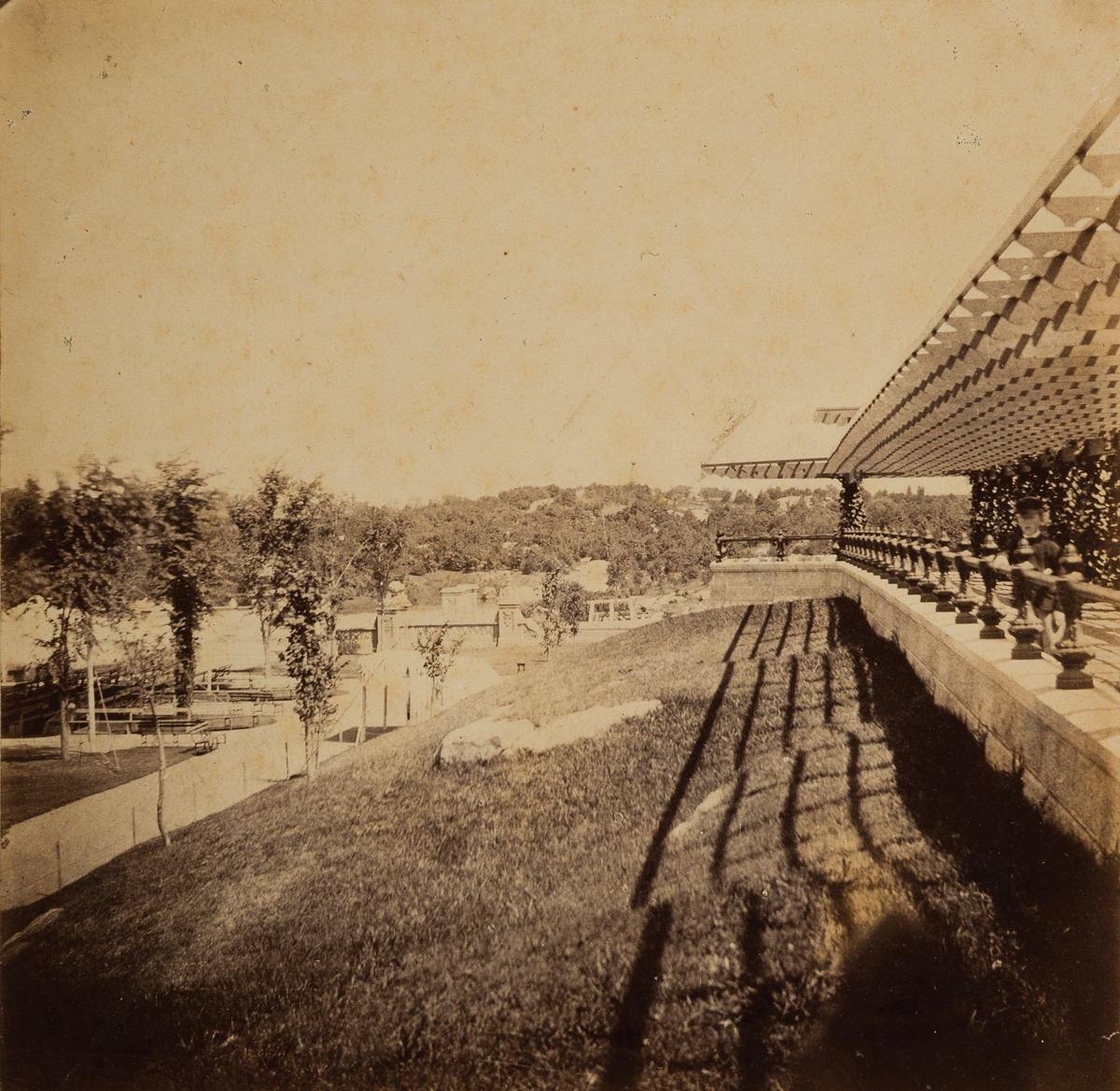 10 albumen silver prints (approx. 5 1⁄4 x 5 1⁄4 in.), mounted, three signed in the negative and one signed by Prevost on the mount. Mounts foxed and stained, minor foxing and fading to prints, but generally the images are in excellent condition with strong tones.

Pioneering photographs of Central Park. One of the earliest photographers to work in New York, Victor Prevost (1820-1881) studied photography in France under Paul Delaroche and with Gustave Le Gray. In 1850 Prevost came to New York and established a studio at Broadway and Bleecker. He achieved limited commercial success, giving up photography as a career in 1857. Prevost continued to take photographs of major construction projects in New York City, the most important of which are his images of the new Central Park.

These images are among the earliest extant photographs of the construction of Central Park. The Olmsted-Vaux plan was accepted in 1858, and work began at once, but it was not until the 1870s that the immense project was completed. As a result, these very early photographs present an unfamiliar view of the park, with immature plantings, temporary structures, worker housing, all without the towering buildings that figure prominently in later images. Three of the photographs are signed in the negative and one features the photographer’s ink signature on the mount. All bear the photographer’s blindstamp on the mount. Each image is described and dated in pencil on the verso. The collection comprises:

2. Self-Portrait of the Photographer at CP (Sept 10, 1862) [actually Jacob Wrey Mould, who designed many of the park’s most notable landmarks and architectural details]

10. [no caption:] Buried pipes, with barrels, cranes, and framing

VERY RARE. The principal institutional holdings of Prevost photographs are at the George Eastman House, the Museum of the City of New York, and the New York Historical Society, and to a lesser extent, the Metropolitan Museum of Art and the Smithsonian.

Apart from their exposure at the Metropolitan Museum of Art show in 2003, Prevost’s work remains largely unknown to the collecting public, a reflection of its great rarity in the market.