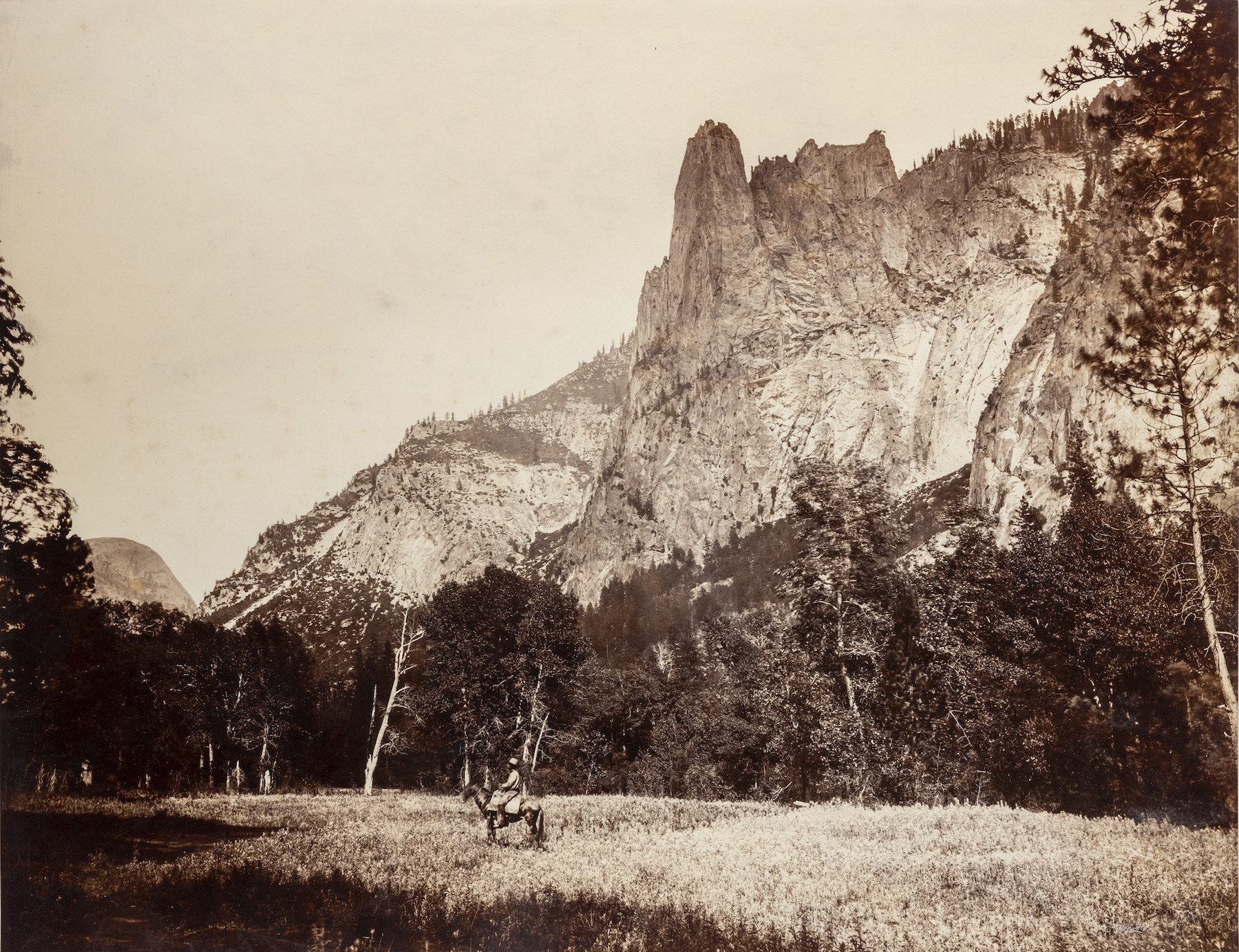 This spectacular view shows Sentinel Rock towering above a rider on horseback in a well-lit clearing.

Charles Leander Weed is generally considered the first photographer to work in Yosemite. His 1859 trip there yielded approximately twenty 10 x 14 inch views and forty stereo images. For his 1864 photographic expedition to the Yosemite Valley and the Big Trees of Calaveras, Weed used a larger camera to produce these splendid mammoth-plate prints (more than twice the size of the 1859 views), as well as a new series of stereo views.

Weed exhibited his mammoth prints at the 1867 Paris International Exposition. Lawrence & Houseworth’s 1870 Catalogue offered them for sale and observed, “This series of views, together with the stereoscopic collection, were awarded the bronze medal at the Paris Exposition, for their superior excellence.”

Relatively little is known about Weed, who “remains a shadowy presence” (Palmquist). In addition to working in San Francisco, he established studios in China and Hawaii. His greatest accomplishment was his series of mammoth plate photographs of the Yosemite Valley and the Big Trees of Calaveras made in 1864.

This is a splendid Yosemite photograph by the pioneering Western photographer Charles Weed.