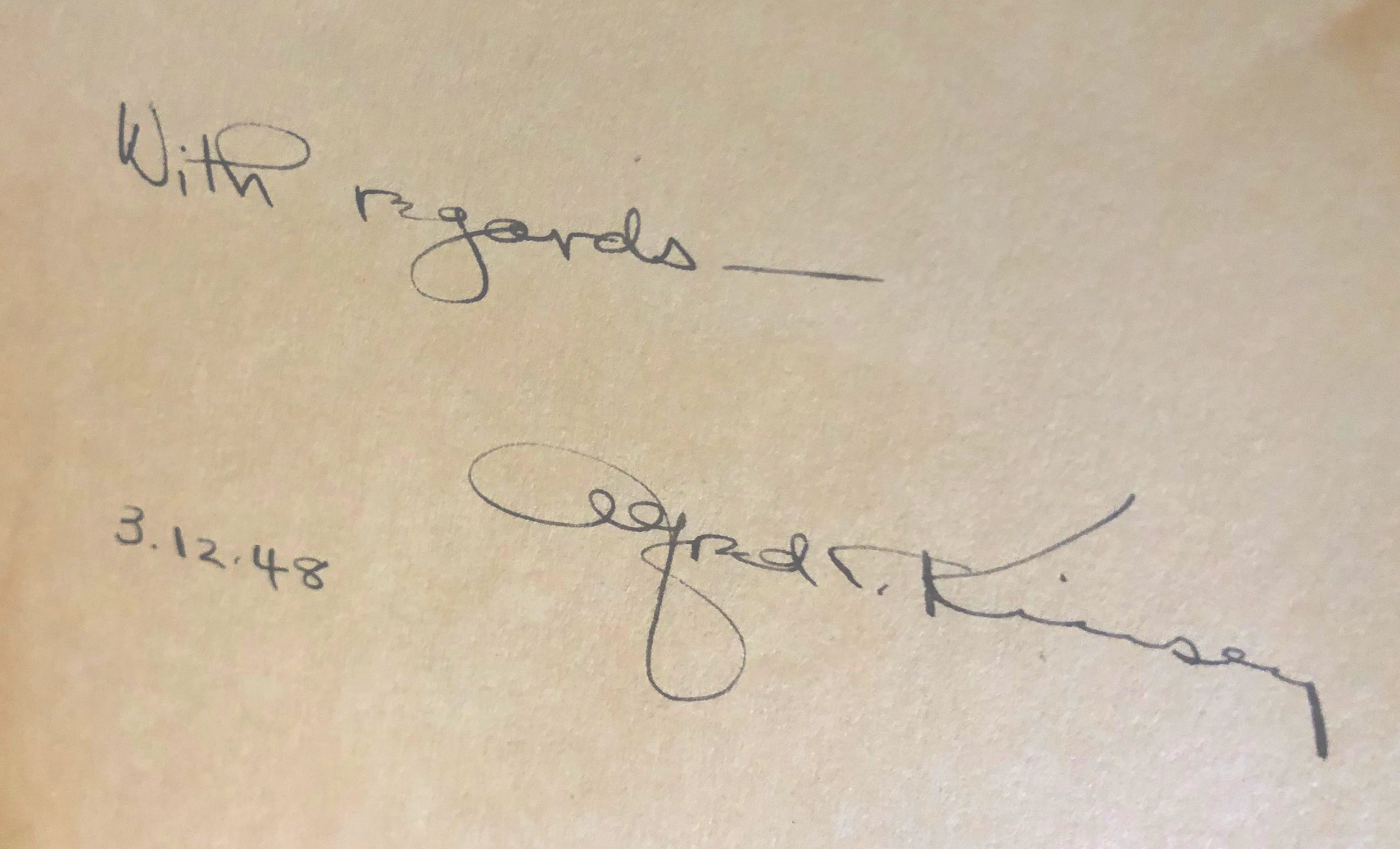 The Kinsey report: a revolution in sex in America

FIRST EDITION, FIRST PRINTING. Inscribed and signed by Kinsey in the year of publication.

“The Kinsey report was a cultural event of enormous consequence” (Edward Laumann).

The best-selling Kinsey report helped to usher in a revolution in sexual knowledge and mores. It challenged conventional beliefs, discussed previously taboo subjects, and showed what to some were surprising levels of premarital and extramarital sex. The report suggested that homosexual activity, thoughts, and feelings were more widespread than many thought and existed on a continuum, the “Kinsey scale.”

Kinsey “established a solid academic reputation for his biology tests and his research in taxonomy and evolution … Kinsey and his staff collected over 18,000 interviews, and published Sexual Behavior in the Human Male in 1948 and Sexual Behavior in the Human Female in 1953 … Dr. Kinsey’s name suddenly became synonymous with sex in the minds of many Americans” (Kinsey Institute).

This is a handsome signed copy of the first printing in the scarce dust jacket.