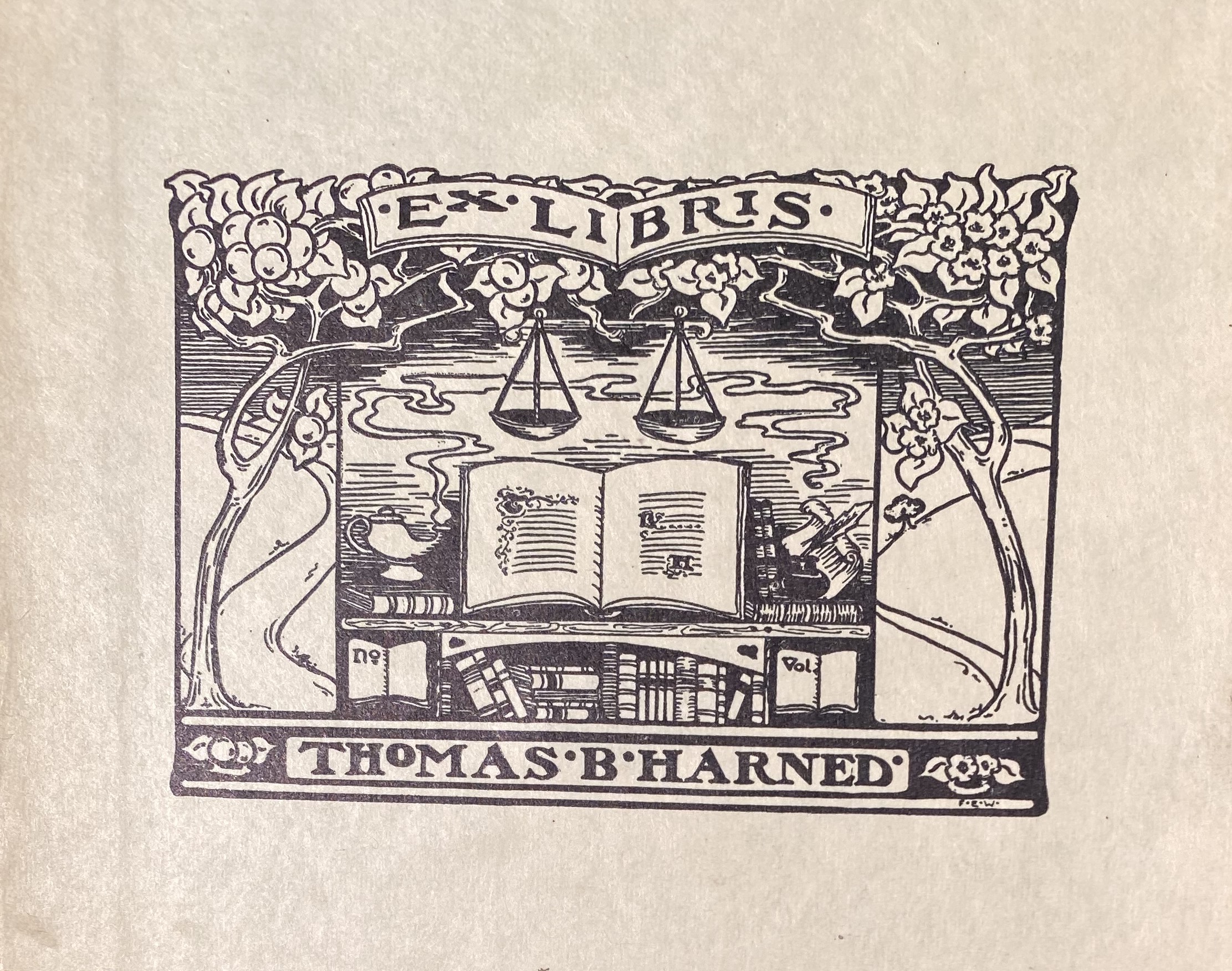 from the library of Whitman's literary executor

FIRST EDITION, second printing, first issue. Thomas Harned’s copy, with his bookplate. Whitman’s friend Harned was one of the poet’s literary executors, alog with Horace Traubel and Richard B. Bucke.

David McKay at Rees Welsh, Whitman’s new publisher following the Boston Leaves of Grass controversy agreed to publish this autobiographical work, which Whitman called “the most wayward, spontaneous, fragmentary book ever printed.” McKay took over the firm in 1882 and used his own name in the imprint for the second and subsequent printings.

The book includes “not only Specimen Days but also many of Whitman’s other prose writings, including Democratic Vistas, his essay on the “Death of Abraham Lincoln,” his various prefaces, and the prose stream from Two Rivulets. Surprisingly, Whitman also decided to include some of his early and long-forgotten fiction and pre-Leaves poetry. The book was another Whitman compendium, bringing between one set of covers a diverse group of writings, but this time presenting them in uniform type and sequential pagination. He thought of it as a prose volume to match his Leaves of Grass, and Rees Welsh published it in a matching binding so that buyers could own an attractive set of Whitman’s work” (Folsom, Walt Whitman as a Maker of Books, Whitman Archive).

Opposite p. 122 appears the famous photograph of Whitman with a butterfly perched on his finger. The butterfly was made of paper, though Whitman, likely joking, sometimes asserted that it was real. The butterfly appears on the spine of the book.