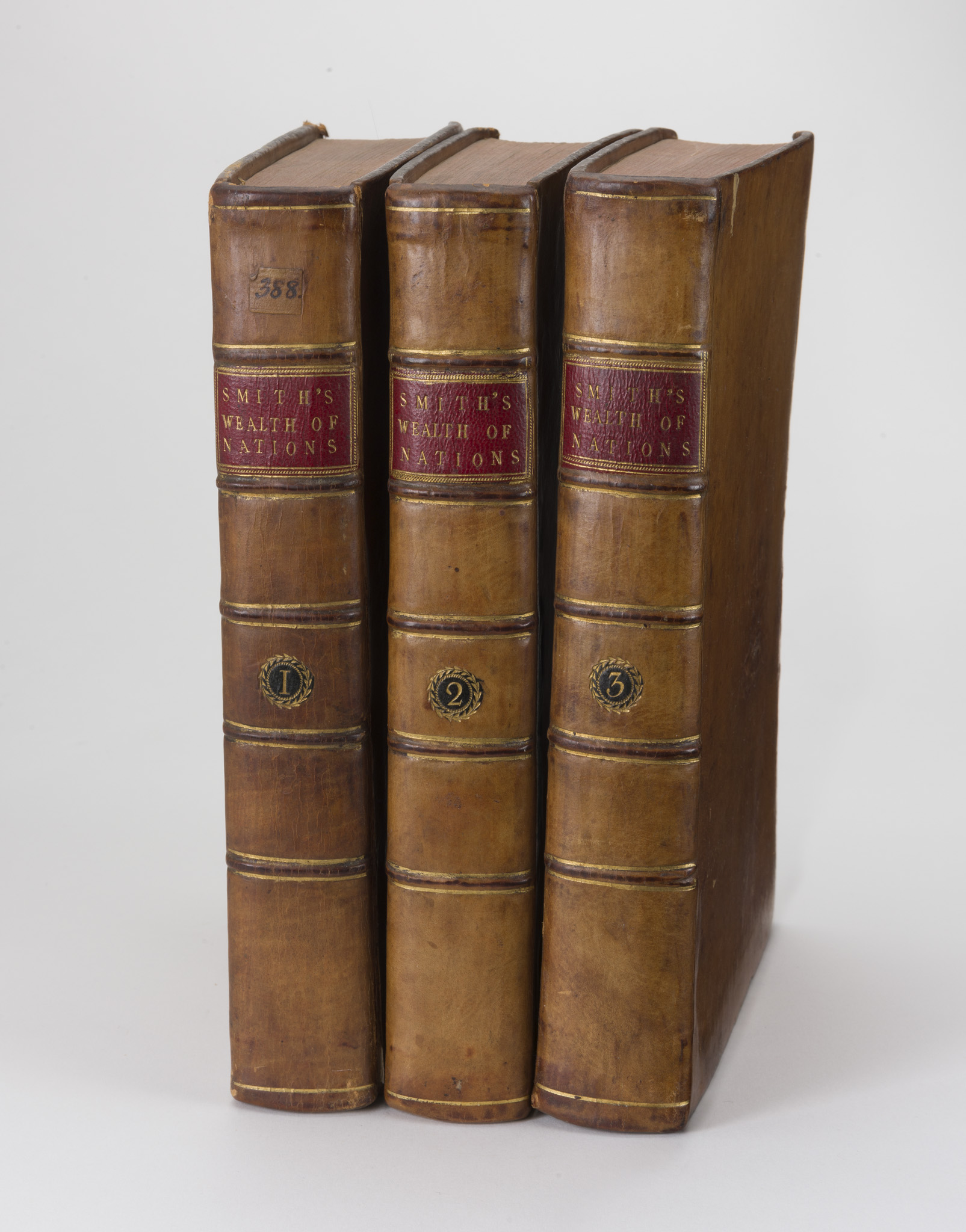 splendid copy of The Wealth of Nations

SMITH, ADAM. An Inquiry into the Nature and Causes of the Wealth of Nations

SIXTH EDITION of the most important book in the history of economics. One of 2000 sets. The sixth edition is the first to have been published after Smith’s death in 1790.

“The Wealth of Nations had no rival in scope or depth when published and is still one of the few worked in its field to have achieved classic status, meaning simply that it has sustained yet survived repeated reading, critical and adulatory, long after the circumstances which prompted it have become the object of historical enquiry” (ONDB).

Smith’s Wealth of Nations has been the bible for generations of laissez-faire economists and political philosophers and is the cornerstone book of free-market theory. His individualistic view of political economy is neatly summarized in a famous quotation from the Wealth of Nations:  “It is not from the benevolence of the butcher, the brewer, or the baker that we expect our dinner, but from their regard to their own interests. We address ourselves, not to their humanity, but to their self-interest.”

This is a particularly handsome copy in a very well preserved period binding.