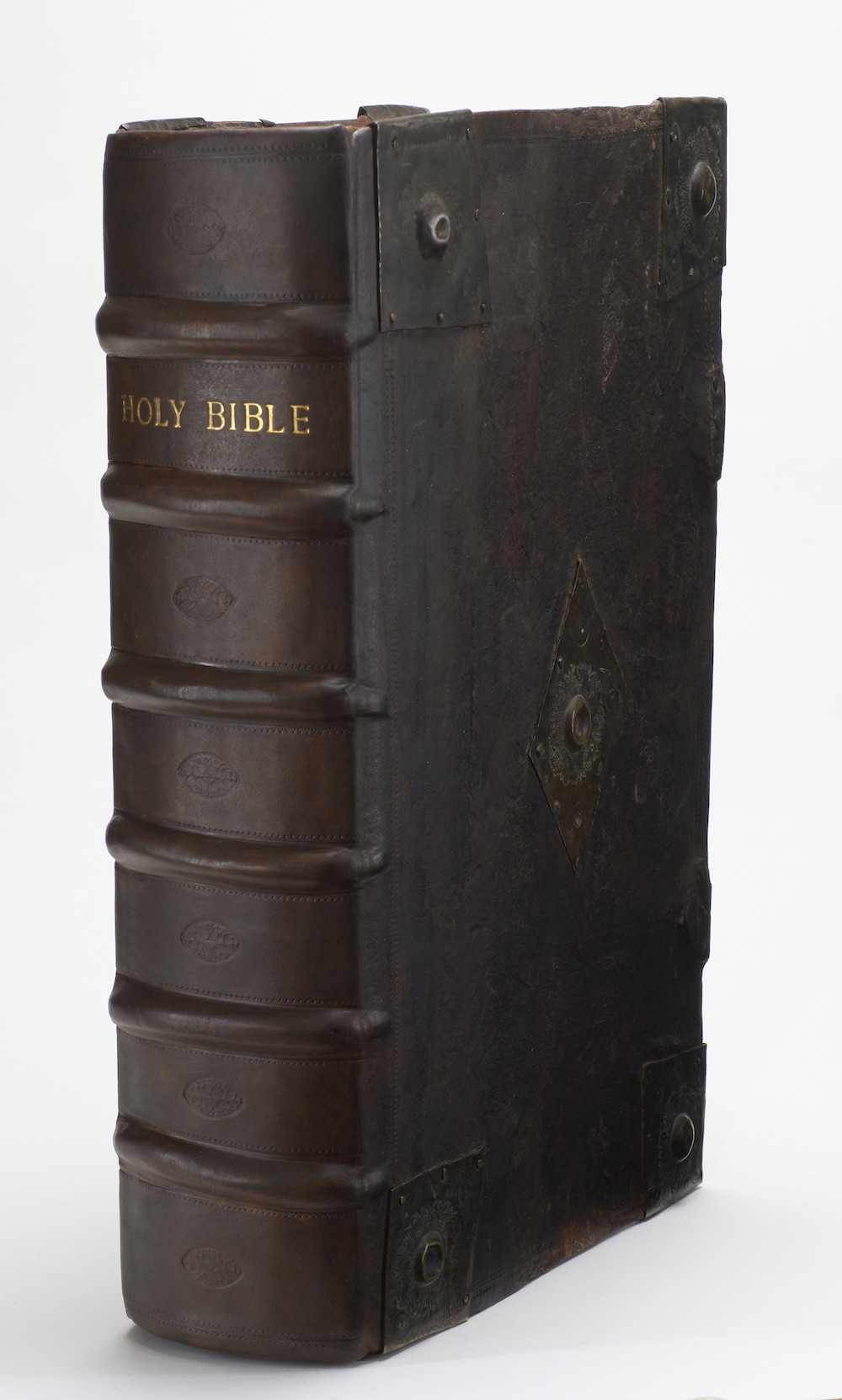 BIBLE. The Holy Bible, Conteyning the Old Testament, and the New: Newly Translated

Folio. Contemporary calf over oak boards, brass fittings, rebacked and expertly restored. Some staining and edge wear with preliminaries restored, rare engraved map of the Holy Land, supplied. A very good copy of one of the most sought-after books in the English language, rarely seen complete and in the classic period binding of calf over oak boards.

The Great “She” Bible, the “authorized version” or King James Bible, one of the greatest monuments of English literature. This edition is known as the “She” Bible for the reading “She went into the citie” in Ruth 3:15. In this copy he error “Judas” for “Jesus” in Matthew 26:36 is corrected with a pasted-on slip. Fry styles this the “first edition, second issue,” though it is more properly the second edition. “The general title is usually dated 1613, though the NT title bears the date 1611. Probably the greater part of the book was printed in 1611, but the publication, for some reason or other, was delayed till 1613. . . . Smith suggests [the delay resulted from] an accident in the printing-office which destroyed a large number of sheets” (Herbert).

One of the masterpieces of the English language, the King James Bible is surely the greatest literary work ever created by committee. In the preface, Miles Smith, one of the dozens of translators, commented on the importance of the work:  “Translation it is that openeth the window, to let in the light; that breaketh the shell, that we may eat the kernel; that putteth aside the curtain, that we may look into the most Holy place; that removeth the cover of the well, that we may come by the water.”

“For every Englishman who had read Sidney or Spenser, or had seen Shakespeare acted at the Globe, there were hundreds who had read or heard the Bible with close attention as the words of God. The effect of the continual domestic study of the book upon the national character, imagination and intelligence for nearly three centuries to come, was greater than that of any literary movement in our annals, or any religious movement since the coming of St. Augustine” (G. M. Trevelyan).

Complete copies of this Bible in early bindings are among the most sought-after books in the English language.