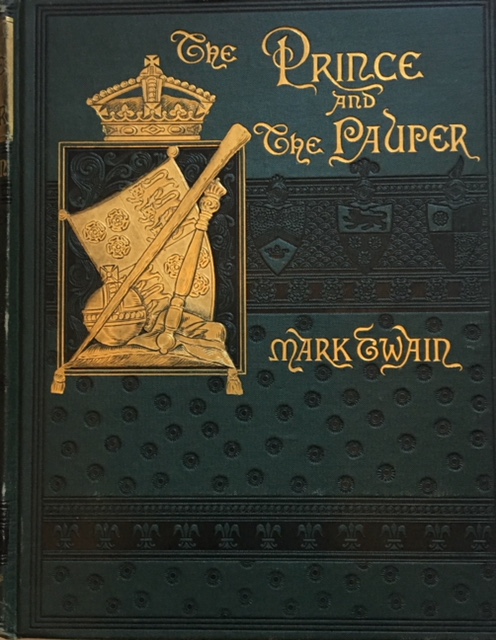 TWAIN, MARK. The Prince and the Pauper

FIRST EDITION. A departure from Twain’s previous novels, this tale of sixteenth-century England was intended as a work for children and the family circle. The book is illustrated with nearly 200 wood engravings. Twain declared that the boys in those illustrations “look and dress exactly as I used to cast them in my mind … It is a vast pleasure to see them cast in the flesh, so to speak.”

Twain’s first historical novel, the book achieved wide acclaim, though Twain’s friend William Dean Howells observed that some of it was “strong milk for babes.”