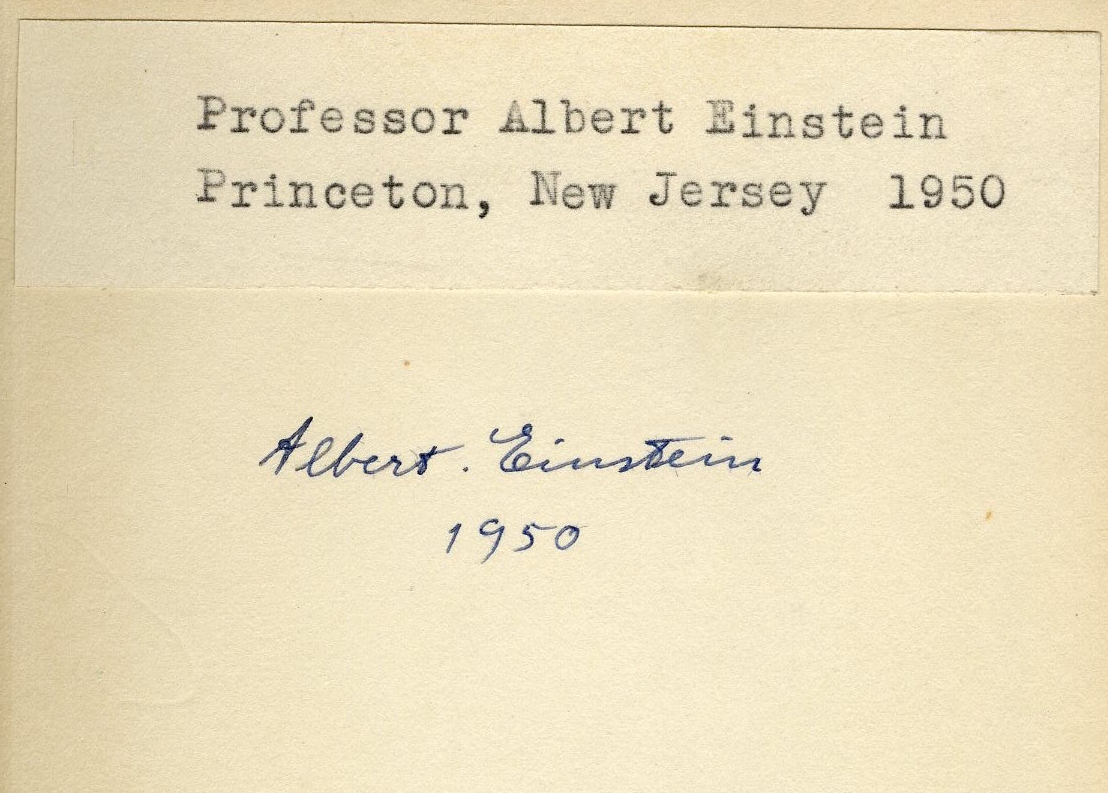 signed by Albert Einstein - “The most beautiful experience we can have is the mysterious. It is the fundamental emotion that stands at the cradle of true art and true science.” – Einstein, “The World As I See It”

EINSTEIN, ALBERT. The World as I See It

Signed and dated 1950 by Albert Einstein on the front free endpaper.

This is the English translation of Einstein’s Mein Weltbild, first published in German in 1934 and then in English as The World As I See It in the same year. This abridged edition of 1949 omits the scientific essays, preserving the extensive essays concerning philosophy, religion, Judaism, economics, current events, government, politics, war, and peace.