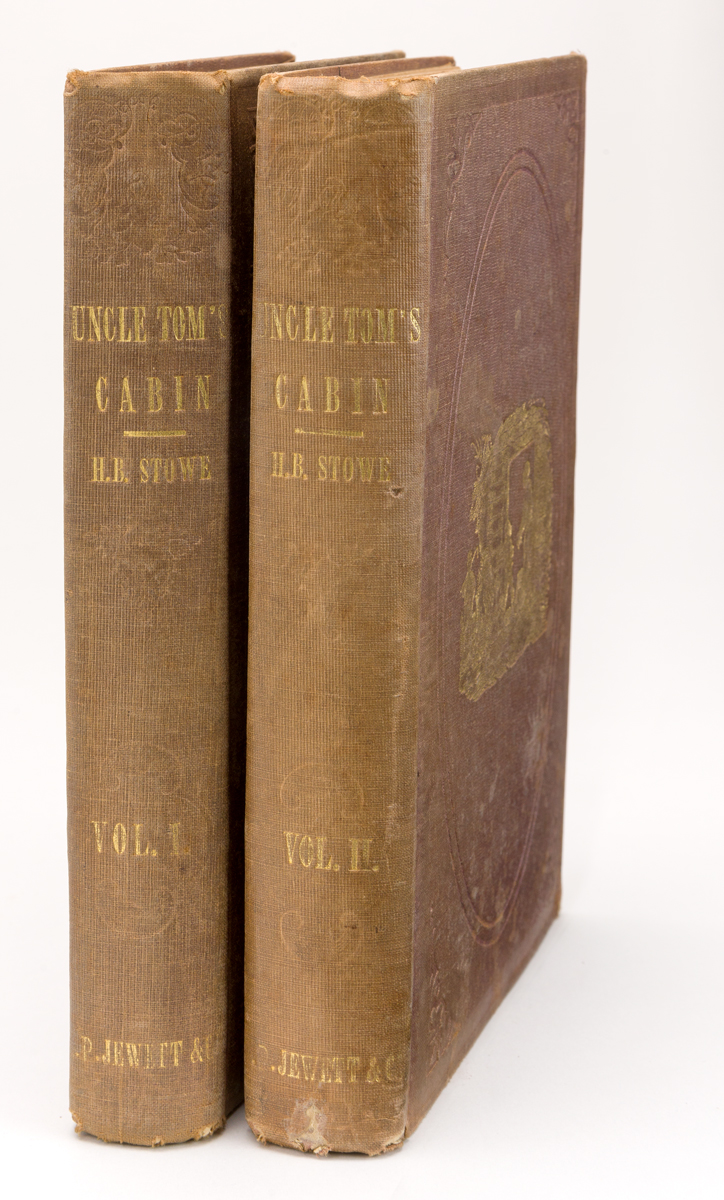 FIRST EDITION, FIRST PRINTING. “These books are of such paramount historical importance that it is difficult to evaluate them as literature” (Merle Johnson). “Three thousand copies were sold on the day of publication, and before its first anniversary, over 300,000 copies were sold in America … More than twenty London editions appeared in 1852, so the English audience must have been as large as the American. No other American novel has been translated into so many foreign languages” (Grolier/American).

It is no wonder that this extraordinary book evoked visceral reactions. In the South Stowe was vilified. The Southern Literary Messenger labeled the book, “criminal prostitution of the high functions of imagination.”  Among the abolitionists she was a hero, and her fame knew no bounds. Stowe visited Lincoln at the White House in 1862, and the President is said to have exclaimed, “So this is the little lady who made this big war.”

There is no doubt that Uncle Tom’s Cabin is one of the most influential novels ever published. “It is a great human document that stripped away the protective atmosphere from the sacred institution [slavery], and laid bare its elementary injustice” (Parrington, The Romantic Revolution in America).

Provenance: the noted collection of Frederick W. Skiff, with his bookplate.