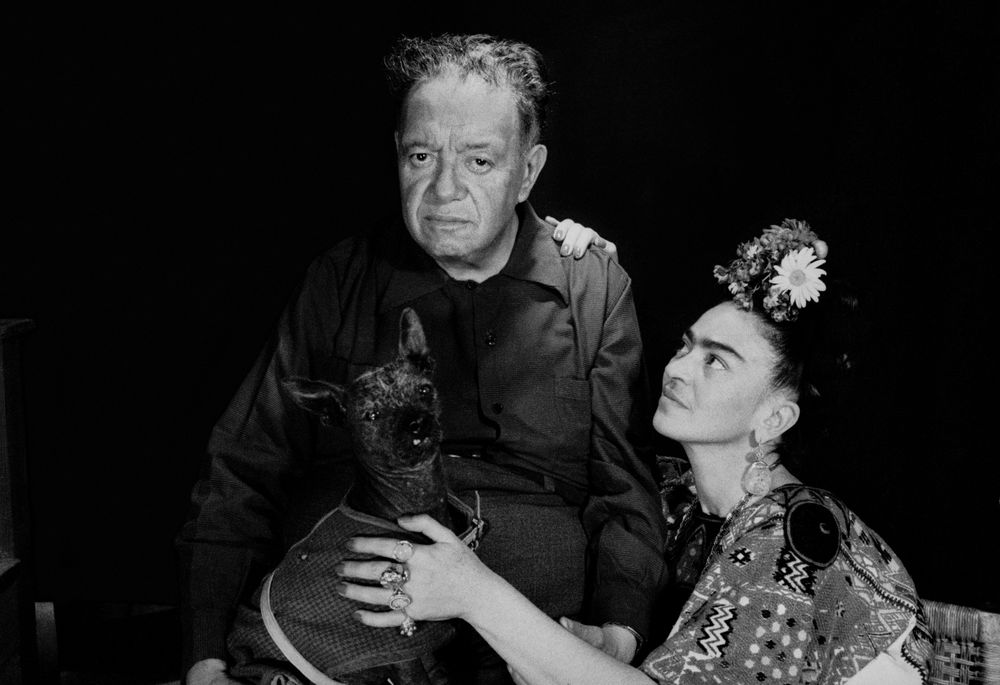 “Here are extraordinary people as no other would portray them – great minds of the modern age revealed as no other photographer could.”  -Phillip Prodger, Head of Photographs, National Portrait Gallery, London

The Portraits of Marcel Sternberger: Icons of the 20th Century, the first of two exhibitions featuring twenty-one photographs of famous figures from Albert Einstein to Diego Rivera, will open to the public on October 6 through November 3 at the Sidney Mishkin Gallery, Baruch College, 135 E 22nd St, New York City. The opening reception is October 5 at 6:30. For more information on the collection, go to the Sternberger Collection website.

“Since his death in 1996, Sternberger’s work has remained almost entirely out of the public eye,” says Jacob Lowentheil whose book, The Psychological Portrait: Marcel Sternberger’s Revelations in Photography, coincides with the exhibitions. “We are delighted to provide a glimpse into the world of Marcel Sternberger including portraits and ephemera from the artist’s estate, many of which will be shown for the first time. Sternberger’s revolutionary process marked a turning point in the history of photography, and we are proud to present his remarkable story to a new generation of admirers.”

The exhibit is a preview of a larger show to be held at Baruch College’s Mishkin Gallery in early October of 2017. “A leading portrait photographer of his generation” (New York Review of Books), Dr. Sternberger’s many other subjects being exhibited included giants of the day such as Sigmund Freud, Frida Kahlo, Indira Gandhi, Jawaharlal Nehru, George Bernard Shaw, and the Shah of Iran. His portrait of President Franklin Delano Roosevelt is reproduced on the face of the American dime. Sternberger’s photographs appeared in newspapers around the globe, on book covers and postage stamps, and in official portraits used by everyone from world leaders to Hollywood stars.

Sternberger’s revolutionary process marked a turning point in the history of photography, and we are proud to present his vast oeuvre to the public. In his work Sternberger attempted to capture the realistic human expressions of his sitters, elicited through conversation and captured with his handheld Leica 35mm camera. The New York Times called Sternberger’s methodology “a unique blend of psychological and photographic techniques.” He believed in and defined “The Psychology of Portrait Photography,” using both research and personal experience to navigate the complex process of a truly successful portrait session. Sternberger wrote, “The task of coordinating psychological understanding with aesthetical interpretation is tremendously challenging, particularly since it has to be compressed into such a relatively short time. You must concentrate all your carefully cultivated sensitivity, all your artistic experience to ‘feel’ your way into your subject’s character, decide rapidly which his best [physical] points are, and how to exploit them to greatest advantage.”

For more information on the collection, go to the Sternberger Collection website.

Sternberger fled his native Hungary fearing reprisals after protesting the anti-Semitic regime in the late 1920s. In Paris, he became a journalist for Le Soir, among other publications. In 1932 he moved to Berlin where he met his soon-to-be wife, Ilse. The two were to marry in June of 1933, but hurriedly married in April when they learned that the Nazis planned on confiscating the passports of Jews. After detention by the Gestapo they went to Paris and soon after, Antwerp. There he became Official Photographer to The Belgian Royal Family. As Nazism and Fascism spread across Europe, Sternberger and his family were able to flee to London with help from the Belgian Royal Family. After less than two years in London, he was invited by Franklin Delano Roosevelt to produce an official portrait in the White House. He would spend the next decade documenting luminary personalities across the United States. Later, he spent time in Mexico photographing the political and business elite before ironically befriending Diego Rivera and Frida Kahlo. He died tragically in a car accident at the height of his career in 1956.

This left his wife Ilse the sole guardian of this extraordinary archive of art. Many decades later she was determined to find the collection a place in history. Thus, it was with relief in 1996 when she met Stephan Loewentheil, a prominent antiquarian dealer to whom she could entrust the Sternberger archive. He promised to keep the collection intact until a solution to Ilse’s dreams could be found. Her great aspiration was to publish Marcel’s book and the archive of their joint work, to bring their art and history out of storage and into the collective memory of the present. Years later Stephan Loewentheil’s son, Jacob, a student of psychology and photography, rediscovered the archive in storage.

The Portraits of Marcel Sternberger: Icons of the 20th Century will be open to the public on October 6 through November 3 at the Sidney Mishkin Gallery, Baruch College, 135 E 22nd St, New York City. The opening reception is October 5 at 6:30. Admission is free.

All images are available for purchase and produced in a limited edition of twenty 16×20” silver gelatin photographs. Printed in 2017 and sealed with stamp of authenticity, prices begin at $900 and increase as edition numbers are sold. For more information or to place an order: visit info@sternbergercollection.com or phone 504-236-4637.

For more information on the collection, go to the Sternberger Collection website.

30-year old Jacob Loewentheil is an author, antiquarian bookseller, and rare photography dealer.  Long fascinated by other cultures, he has traveled much of the world, including a year spent circumnavigating the globe. His travels have also taken him across much of the American landscape, from the deserts of New Mexico, to deep in the Florida Everglades, to Alaska’s far eastern mountain ranges. His first book, The Psychological Portrait: Marcel Sternberger’s Revelations in Photography, draws on his academic work and photographic research to explore the work of portraitist Marcel Sternberger through previously unpublished photographs and documents. It contains excerpts from Sternberger’s unpublished manuscript, interviews with his prominent subjects, as well as approximately 206 photographs.