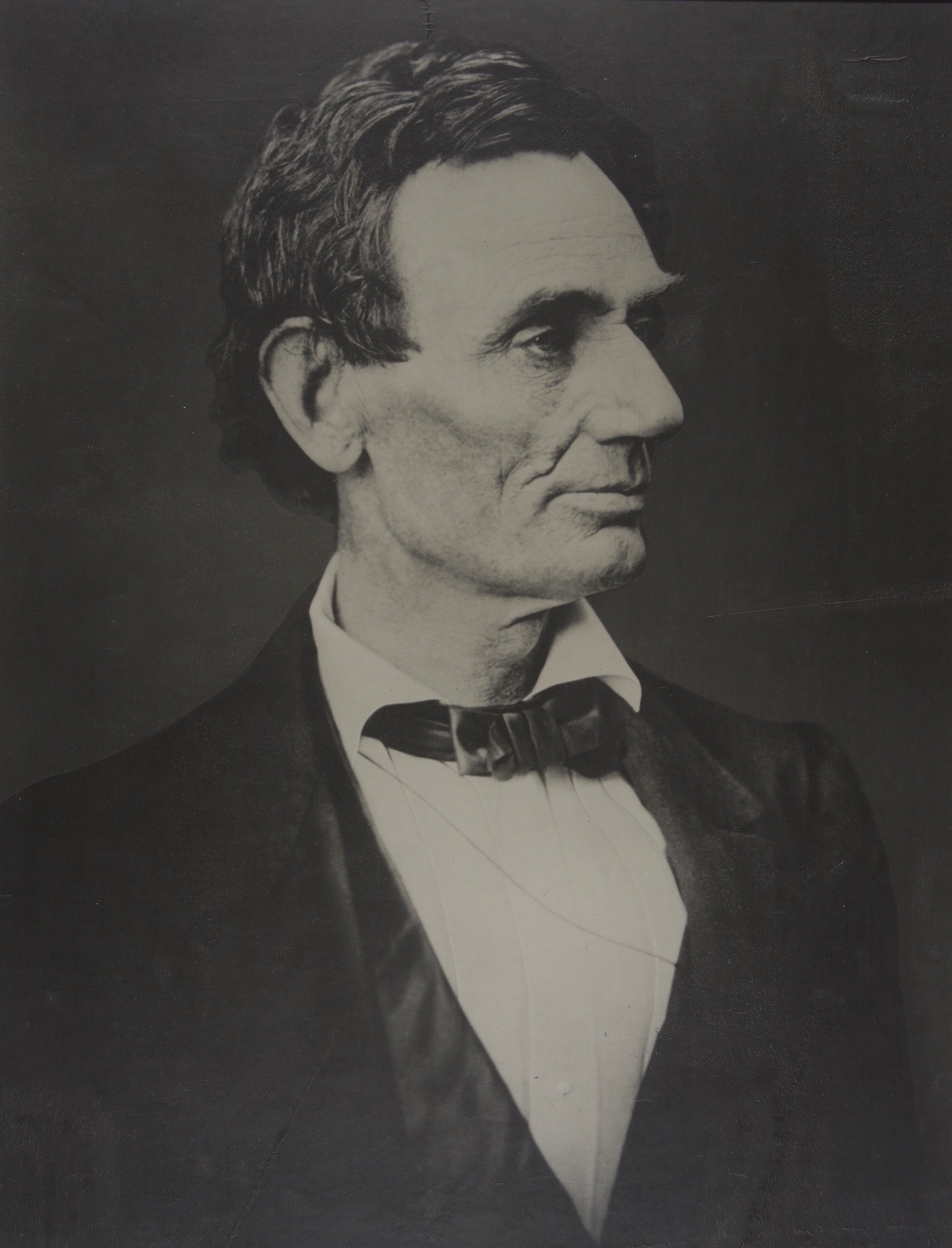 “a pose of the head so essentially Lincolnian; no other artist has ever caught it” --Herndon on the Hesler portrait

Lincoln sat for this iconic portrait at the old Capitol Building in Springfield, Illinois, just two weeks after he received the Republican nomination for President. On June 3, 1860 Alexander Hesler came to Springfield from Chicago and made a series of four photographs, of which this is the most famous.

Lincoln’s law partner William H. Herndon wrote of this wonderful image, “There is the peculiar curve of the lower lip, the lone mole on the right cheek, and a pose of the head so essentially Lincolnian; no other artist has ever caught it.”

Shortly after the Civil War, George B. Ayres bought and sold the Hesler gallery but retained its principal treasure, the original plates of the Lincoln photographs. In 1881, Ayres made some fine prints directly from the plates and produced a duplicate set of glass negatives from which he made fine enlargements in the 1890s. In 1933 the original plates were badly damaged in the mail. The cracked plates are now at the Smithsonian; the duplicate set is now at the Illinois State Historical Society.

This enormous photograph was the largest format of the Ayres prints and indeed is one of the largest 19th-century photographs of Lincoln ever produced.