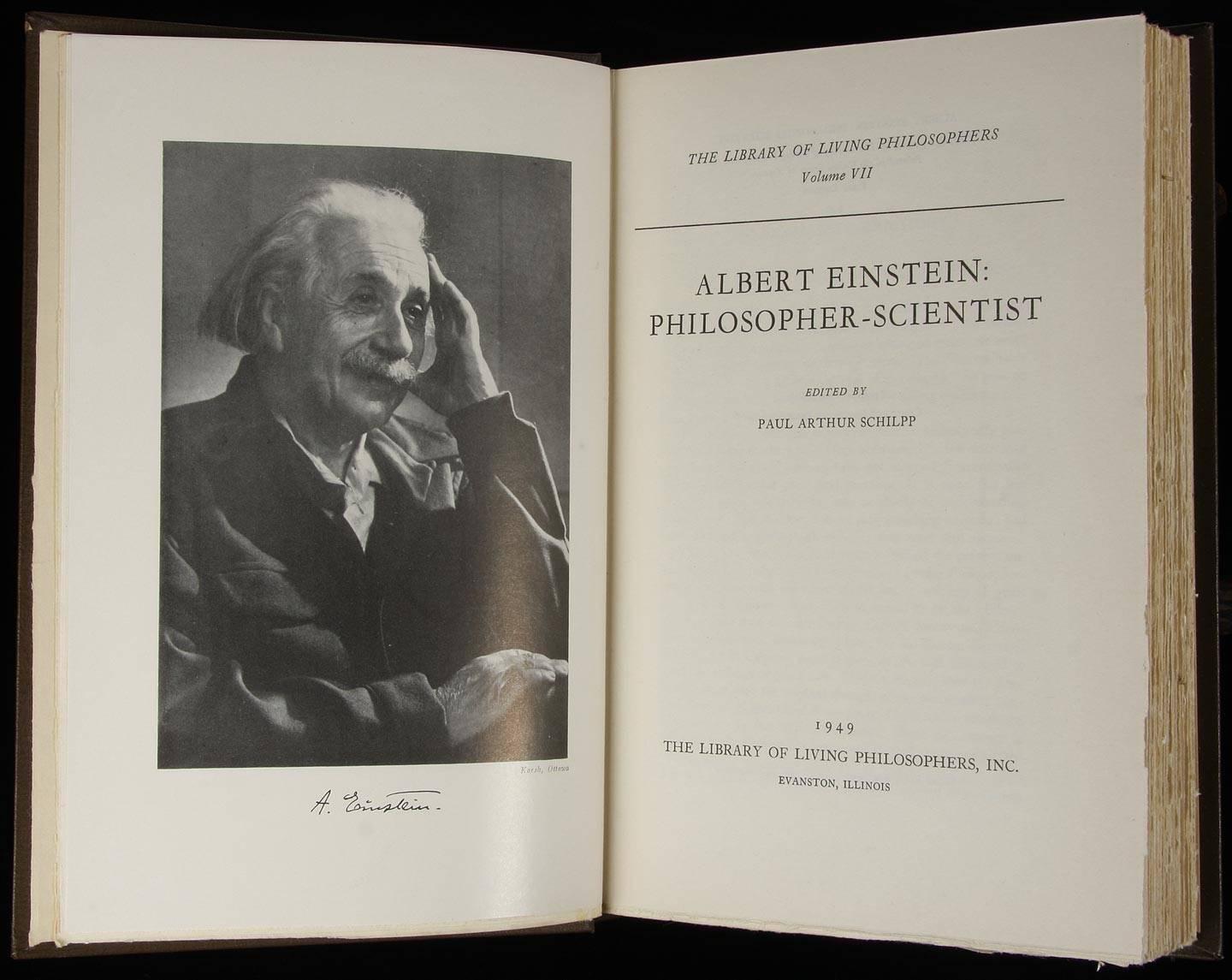 FIRST EDITION. One of 760 numbered copies signed and dated by Einstein.

This important volume contains Einstein’s autobiography, specially written for the book, a bibliography of his works, twenty-five scientists’ discussions of Einstein’s work and achievements, with Einstein’s replies. Contributors of essays include Niels Bohr, Max Born, Wolfgang Pauli, and Kurt Godel.

I. I. Rabi’s review in Science hailed this as a “most important and significant volume. It is most difficult to get scientists to write simply and clearly about the fundamentals of their science and the leading philosophical ideas that guide them. … In this book there is played out a great scientific drama of the last two decades. … The book starts with an intellectual autobiography by Einstein himself. He satirically calls it his obituary. I know of no other to compare with it. Neither Newton nor Maxwell nor any of the other great giants of physics had his Schilpp [the editor] to catalyze such an effort. After reading Einstein’s article one realizes the great loss this is to scientific culture” (Science, 21 April 1950).

This is an especially fine signed copy of an important book in the Einstein canon.