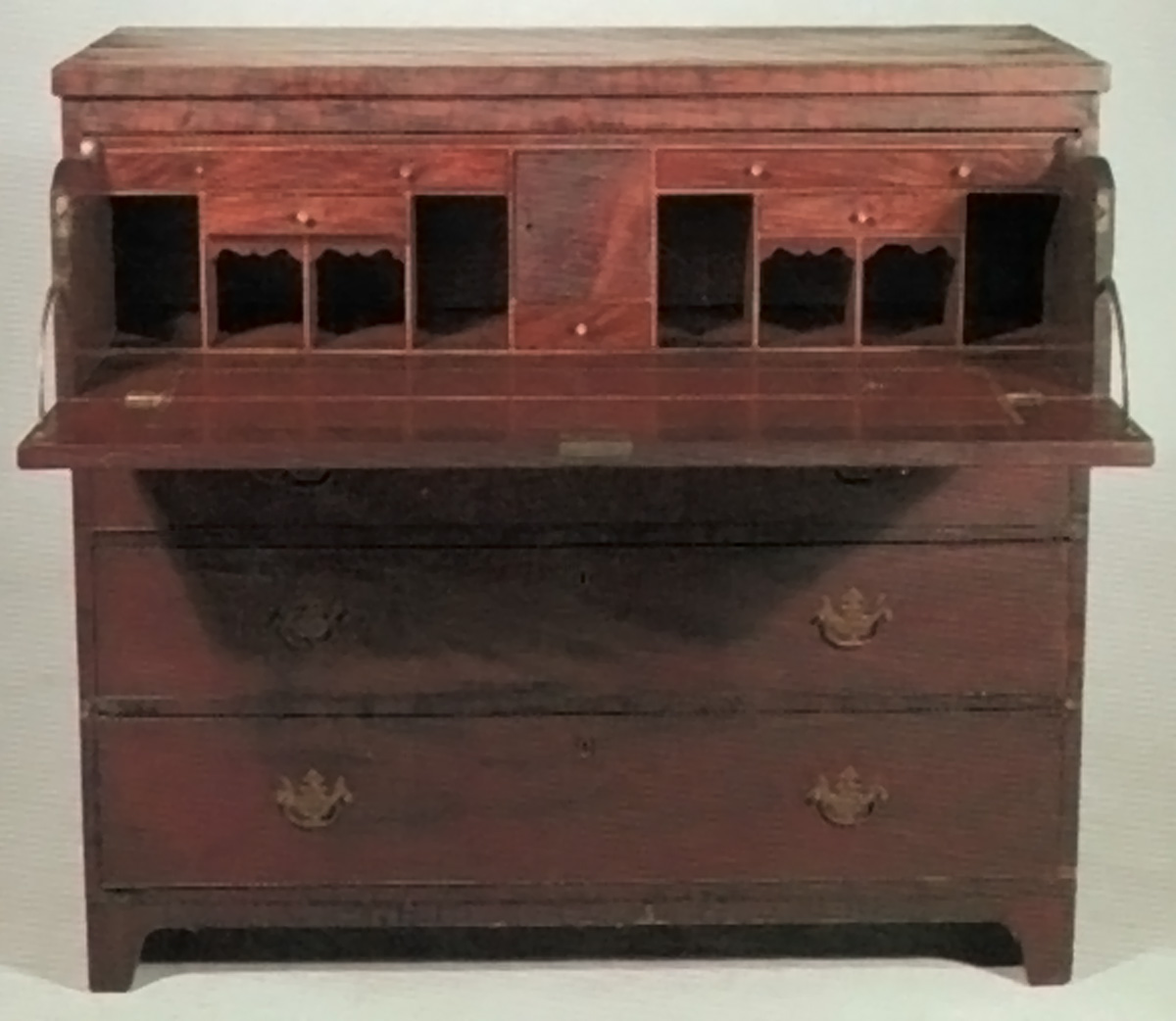 Provenanced desk from the Holmes home on Beacon Street, subsequently descended to Justice Holmes’s only nephew, Ned Holmes. Oliver Wendell Holmes Jr. lived with his father at 296 Beacon Street in Boston during the physician-poet’s declining years. After his father’s death in 1892, he inherited the house and continued to live there. The son was childless and his father had only one grandchild, Edward Jackson “Ned” Holmes, born in 1873.

In 1897, Ned, then studying law at Harvard, married Mary Beaman (daughter of Charles Cotsworth Beaman). Writing to a friend shortly before the wedding, O. W. Holmes Jr. observed, “I am rather interested by my nephew [Ned]-my only near relation,” and a month later he noted, “The nephew is still sub judice as to how much I shall care for him. . . . he is a good lad and if he has some children, which seems to be his function, and my father’s race is not destined to extinction, I may find myself becoming more interested and optimistic.”

In 1903, when Holmes moved to Washington to join the Supreme Court, Ned and Mary moved from 245 Beacon Street into the Holmes family house at 296 Beacon Street. Laid into one of the desk drawers is a pair of letters dated 1927 addressed to Uncle Ned and Aunt Mary Beaman, at 296 Beacon Street, from their nephew, young Charlie Cotsworth Beaman.

Oliver Wendell Holmes, Jr. became sick with pneumonia in 1935, and Ned came down from Boston to see him. The jurist died on March 6, 1935. It was only natural that the family desk be bequeathed to Ned, his “only near relation,” who, though without children himself, had relatives on his wife’s side, the Beamans. The Beaman family continued to own the desk until we acquired it.