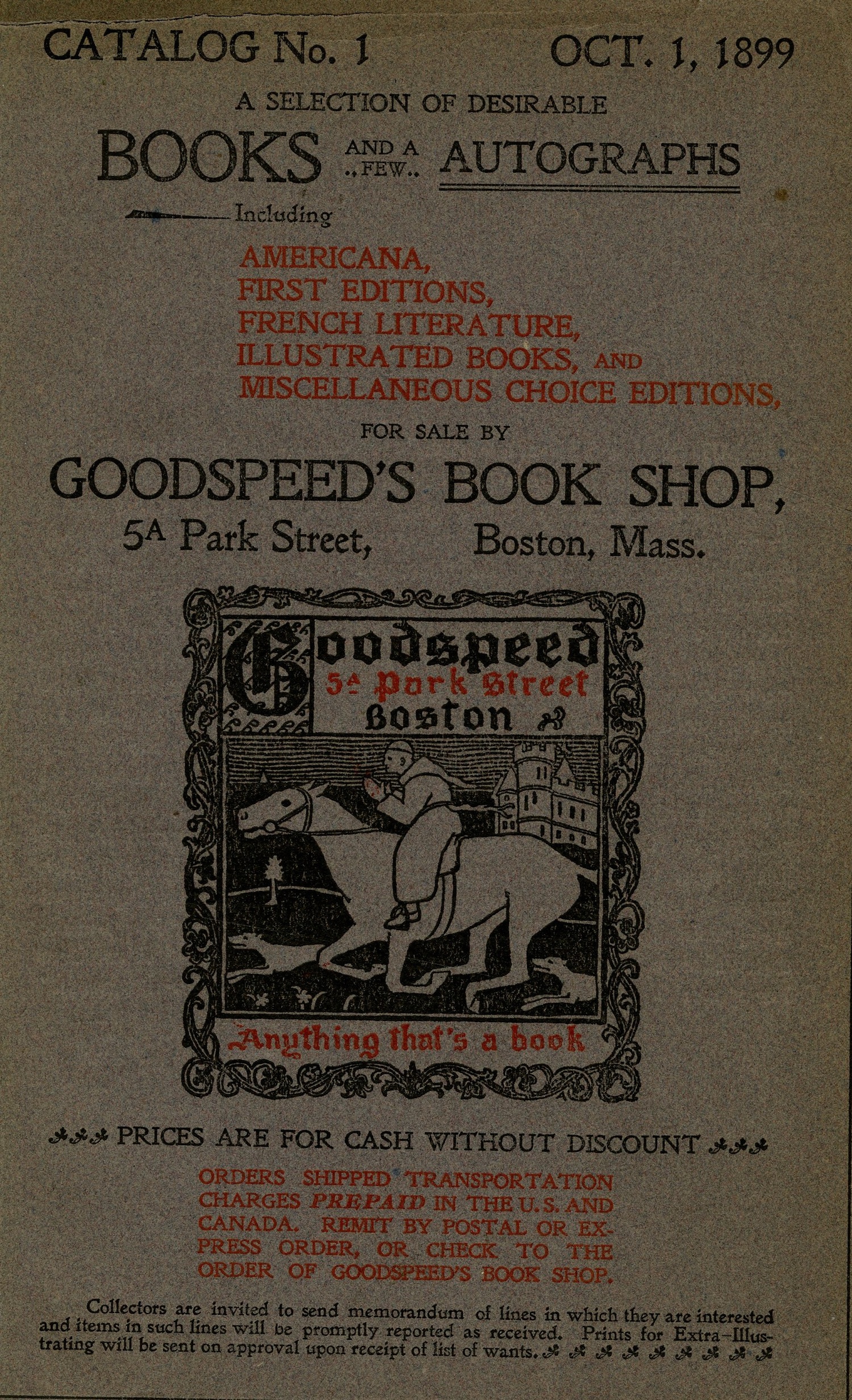 Founded in 1898, Goodspeed’s published its first catalogue in 1899. For decades to come the firm would be a dominant force in American bookselling. These catalogues are a witness to that golden age.

“Goodspeed’s was unquestionably the dominant firm on the scene. Its prominence, both locally and internationally, coupled with the fact that the shop, in good Yankee tradition, kept its secrets to itself, made Goodspeed’s the subject of frequent rumors and speculations in the local trade, many of them unfounded and not all of them kind. Indeed, the shop, had a kind of mystique which lured me strongly, as it had countless others” (David Holmes, preface to Goodspeed, The Bookseller’s Apprentice).

The following passage from Goodspeed’s memoir gives a taste of the treasures to be found in these volumes:

“But I think that the prize offering of the period by Goodspeed’s was in Catalogue No. 6 (April, 1901), where an immaculate copy of the first edition of Emerson’s Nature, with a presentation inscription from Thoreau incorporating a quotation from Burns, was priced at $100. Mr. Wakeman bought this volume and it seems to have been one of the bargains at the sale of his library twenty-three years later, when it realized only $160.”