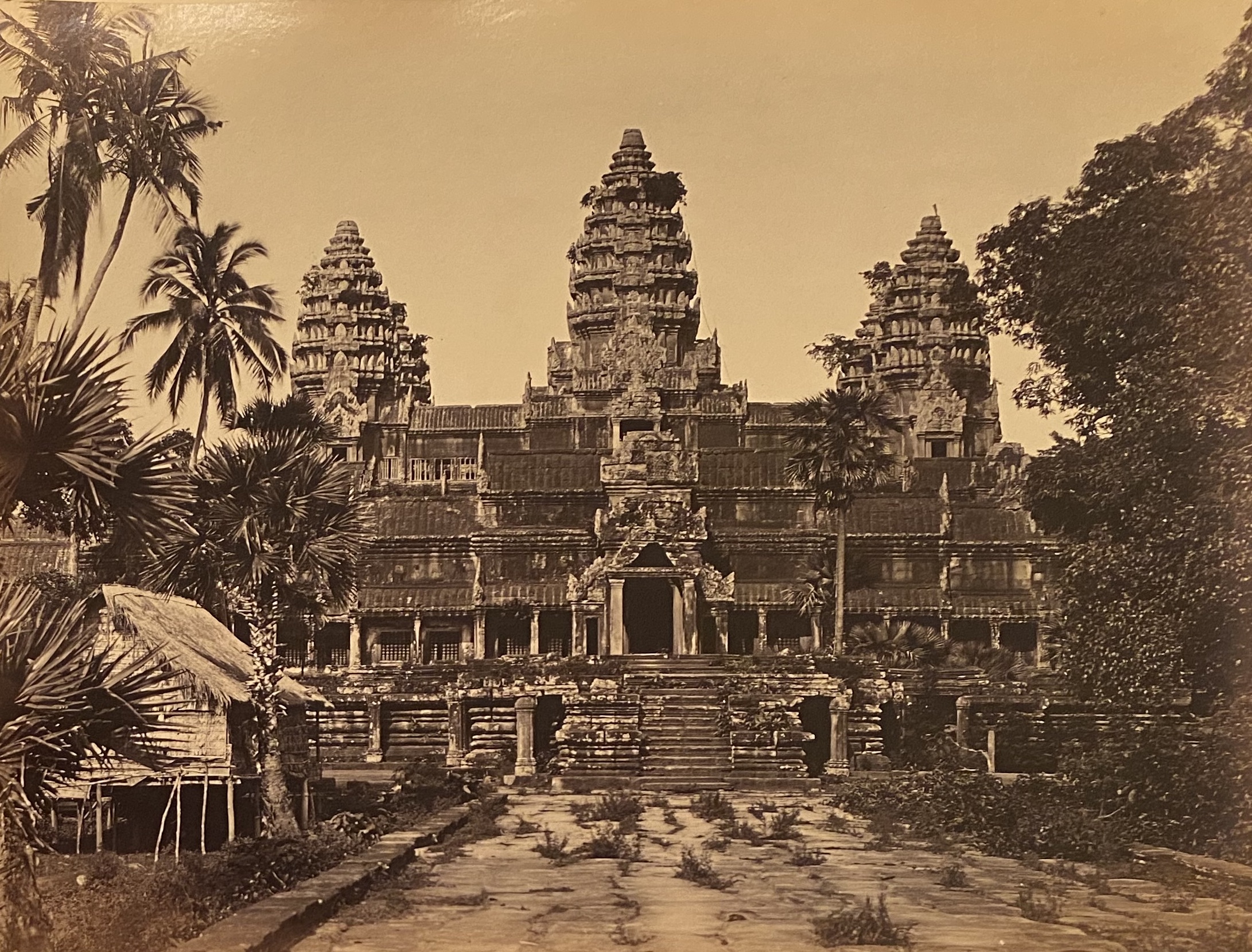 A splendid view of Angkor Wat with deep, rich tones. Émile Gsell accompanied de Lagrée on his expedition to Angkor, where he made a series of dramatic photographs only a few months after John Thomson’s expedition. The French photographer Gsell became the first commercial photographer based in Saigon in 1866. He returned to Angkor in 1873 with the famous expedition led by Louis Delaporte.

“Reports of an abandoned city in the jungle had reached Europeans in 1850, and in 1863 de Lagrée conducted the first archaeological exploration of the ruins. The finest and most extensive of all Khmer monuments, Angkor Wat was built early in the twelfth century as a temple symbolizing Mount Meru, the cosmic mountain at the center of the Buddhist and Hindu universe. It had been abandoned in the eighteenth century, and by the time this photograph was made many of its buildings had been overtaken by the forest” (Metropolitan Museum of Art).

“One of these temples, a rival to that of Solomon, and erected by some ancient Michelangelo, might take an honorable place beside our most beautiful buildings. It is grander than anything left to us by Greece or Rome” (Henri Mouhot, 1860)