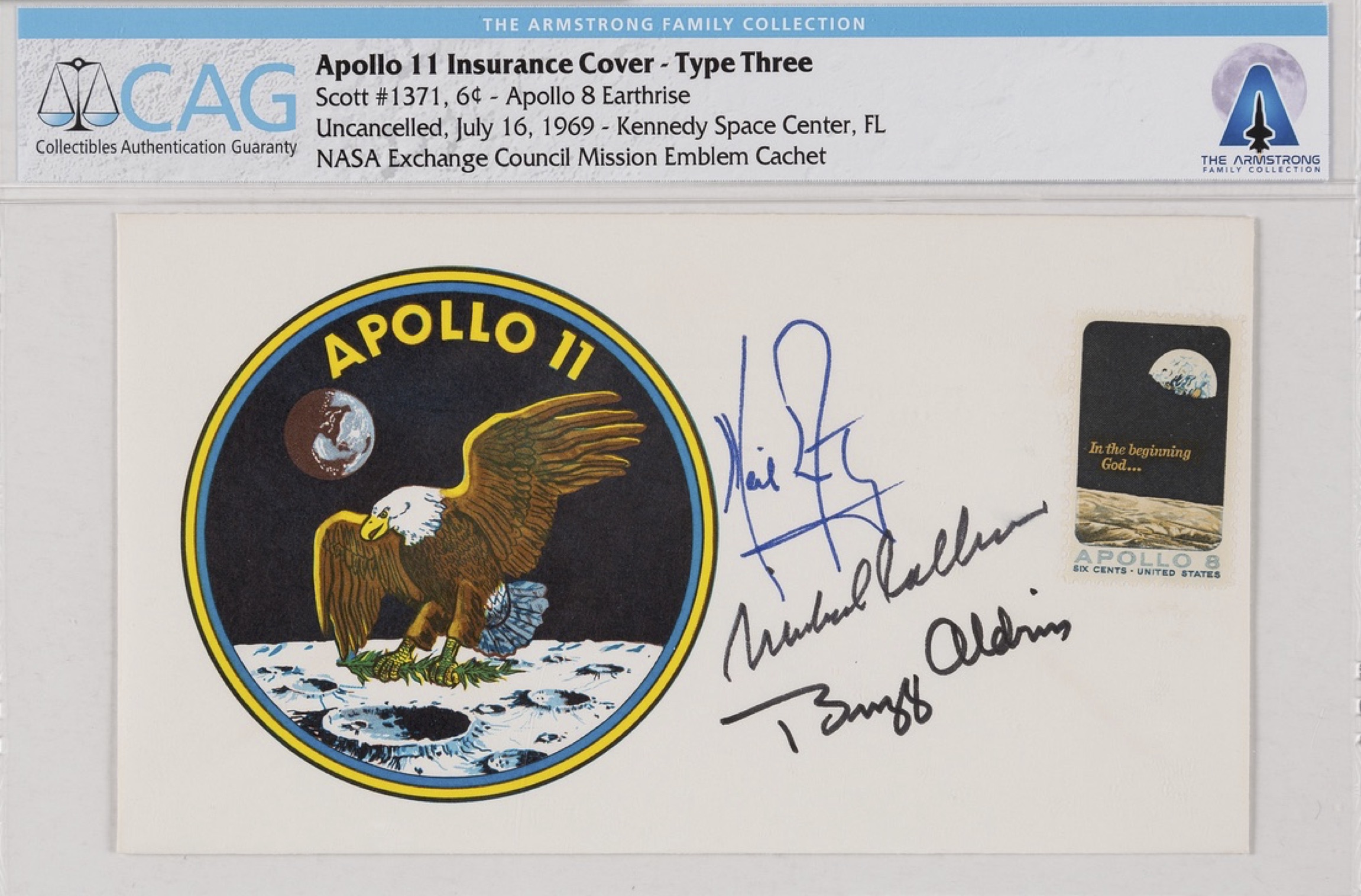 signed insurance cover from the collection of Neil Armstrong

This is one of the famous “insurance covers” signed by the Apollo 11 crew to provide some financial security for their families in case the otherwise practically uninsurable astronauts failed to return from their mission.

Michael Collins and the other crew members personally designed the mission emblem, which shows an eagle descending to the lunar surface while holding an olive branch of peace. The design initially showed the olive branch in the eagle’s beak, but when officials worried that the eagle was too menacing, the astronauts moved the branch to its extended talons.