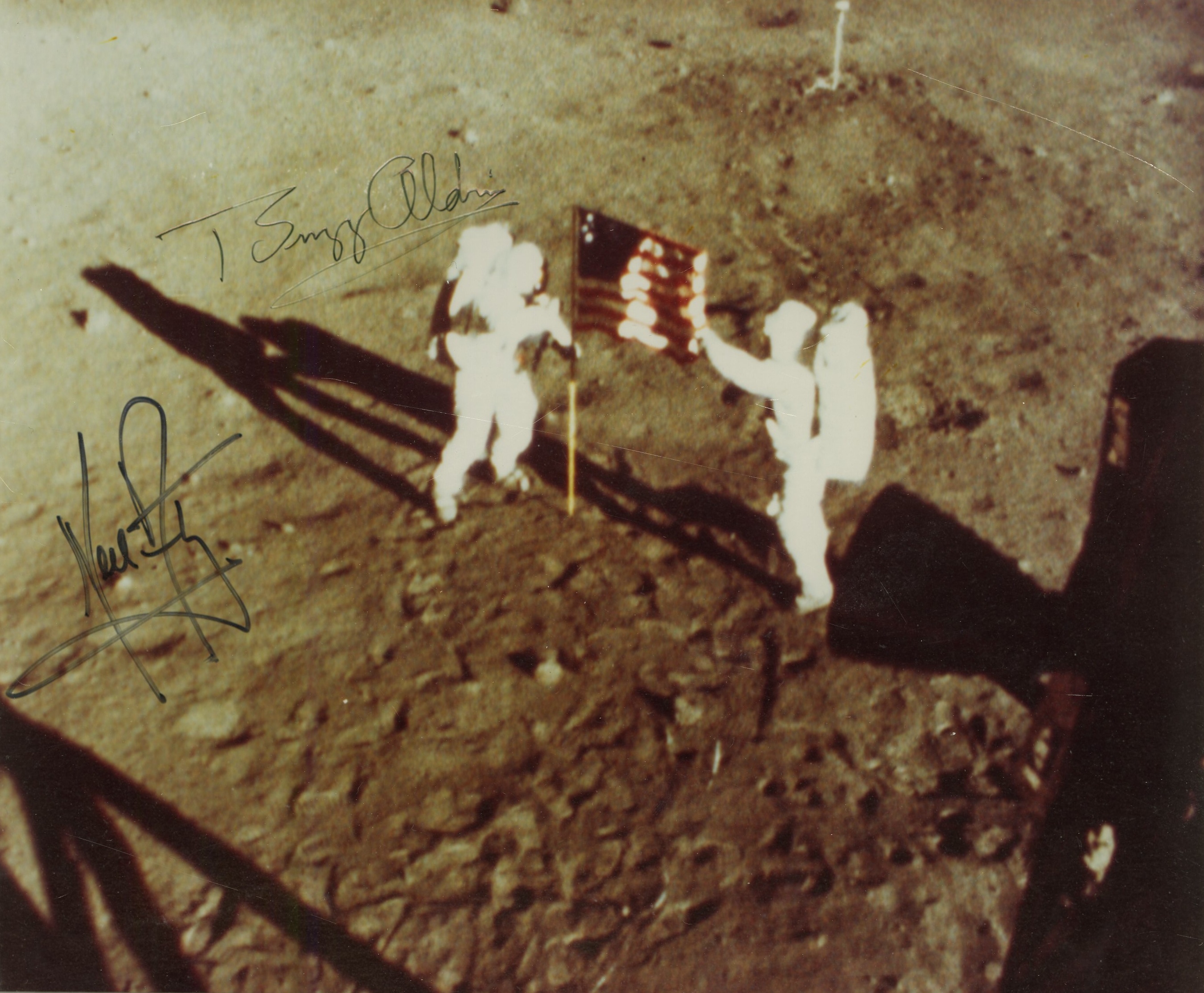 raising the American flag on the moon

Signed by Neil Armstrong and Buzz Aldrin, the first two men on the Moon. This image was taken by the Maurer Data Acquisition Camera (DAC, pronounced “dak”). The DAC made films through the Lunar Module Pilot’s window during the approach and landing of the LM and took stop motion photographs during the EVA at the rate of one frame per second.

The photograph shows Armstrong and Aldrin raising the American flag on the Moon about 27 feet from the centerline of Eagle. Aldrin reported that the Apollo 11 flag was blown over by the blast of the rocket exhaust during takeoff.

Congress subsequently passed a bill declaring that the placement of the flag on the Moon “is intended as a symbolic gesture of national pride in achievement and is not to be construed as a declaration of national appropriation by claim of sovereignty.”

Signed by the Apollo 11 crew