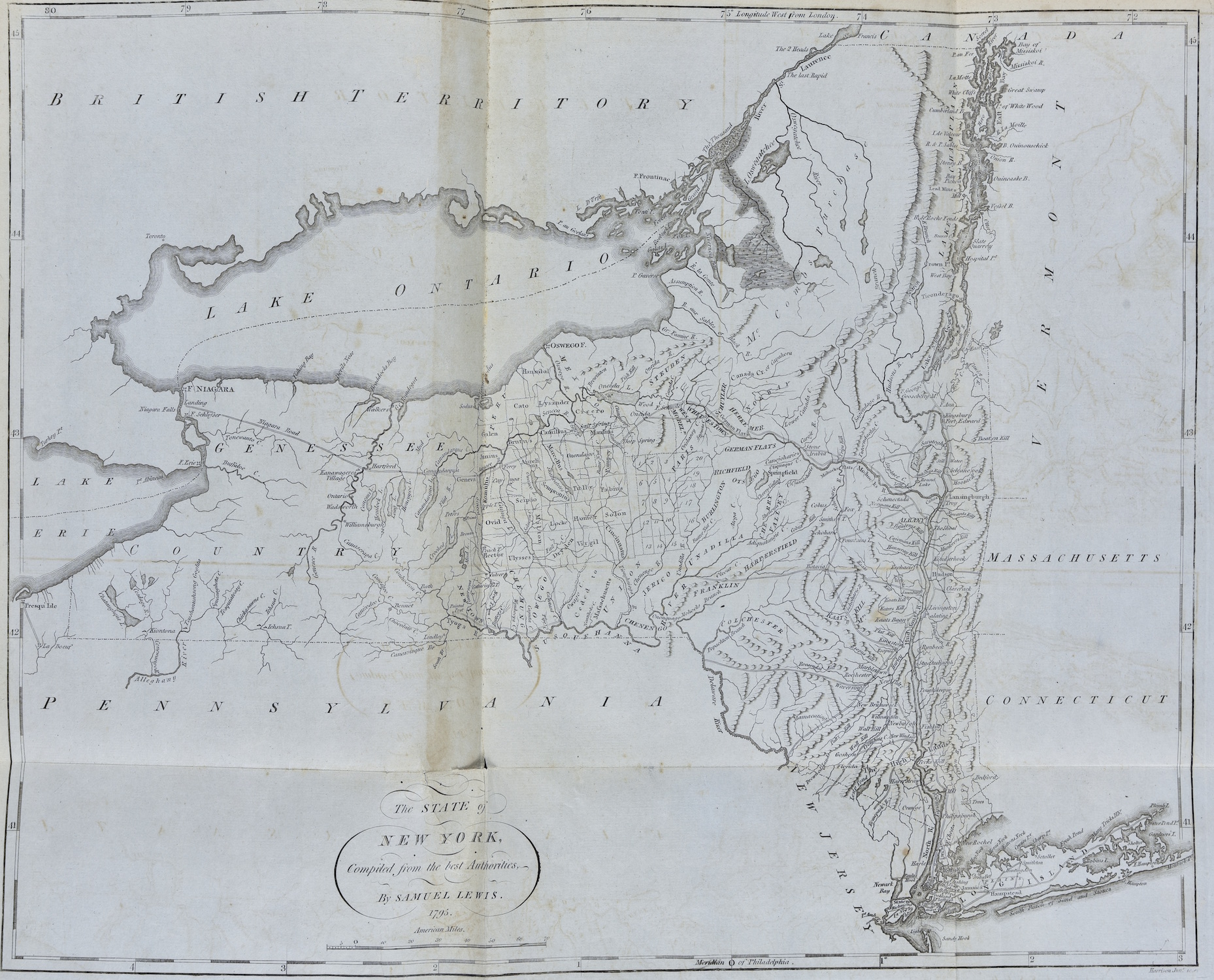 First Atlas of the United States Published in America

Folio. 21 engraved maps including the chart of the West Indies. Contemporary or original marbled boards and calf spine. A few minor tears mainly at folds, slight loss to page of Pennsylvania not affecting plate, some foxing, offsetting and staining, binding slightly loose. A very good copy.

FIRST EDITION of the first true American atlas, the earliest atlas of the United States engraved and published in America. This important volume contains several important state maps including the first American map representing Virginia after statehood. In the preparation of this atlas, Carey drew primarily on existing sources including Guthrie’s Geography. Many of the maps were drawn by Samuel Lewis.

Several of the maps of the Southern states are particularly noteworthy. The map of Georgia contains the location of several Creek and other Indian towns as well as old trading paths to the interior of the state. The map of Tennessee, here in its second state, is the first separate American  map of Tennessee and contains valuable information about early settlements, towns, roads, and Indian boundaries.

Unrestored examples in period bindings are very scarce. Thomas Streeter’s great Americana collection contained only the 1800 edition. The Siebert collection had two badly defective copies, the second of which was apparently the 1800 reprint.