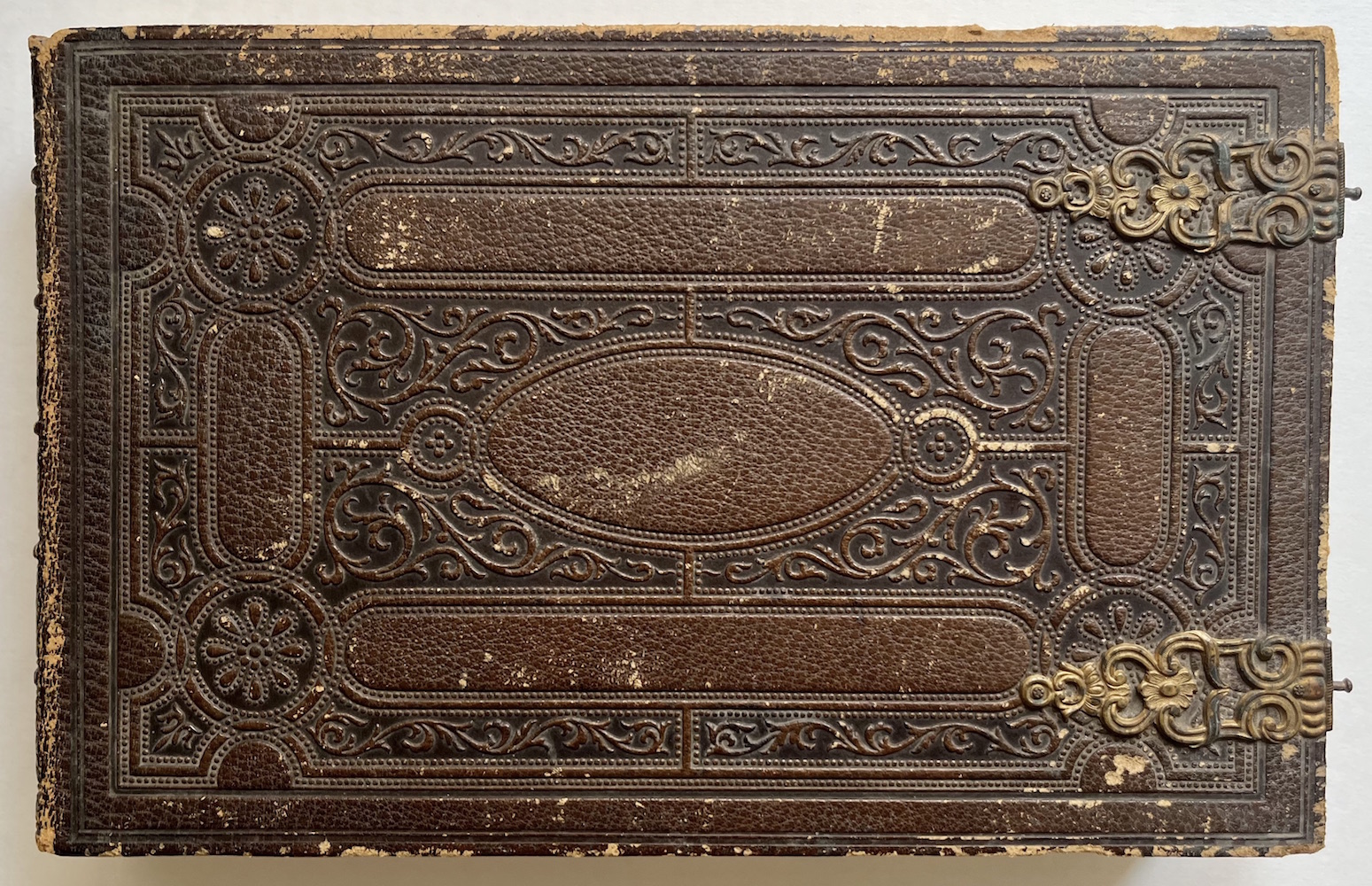 Mathew Brady and others, 1860s

Contemporary half brown embossed leather, some wear, original clasps. Approx. 60 CDV portraits, about half albumen prints and the remainder engravings, presented in diecut windows (a few tears), two per page.

Unsigned CDVs include Ambrose Burnside, David Farragut, Salmon Chase,
Edwin Stanton, and many others. The portraits in the album are by Mathew Brady and other leading photographers of the Civil War.

Provenance: William Tilden Blodgett (1823-1875). One of the leading New Yorkers of his day, Blodgett was co-founder of the Metropolitan Museum of Art and helped to found the American Museum of Natural History. A wealthy industrialist and ardent abolitionist and reformer, he was a charter member the Union League Club and a financial backer of the Union cause. Blodgett was acquainted with many of the leading men of the day.