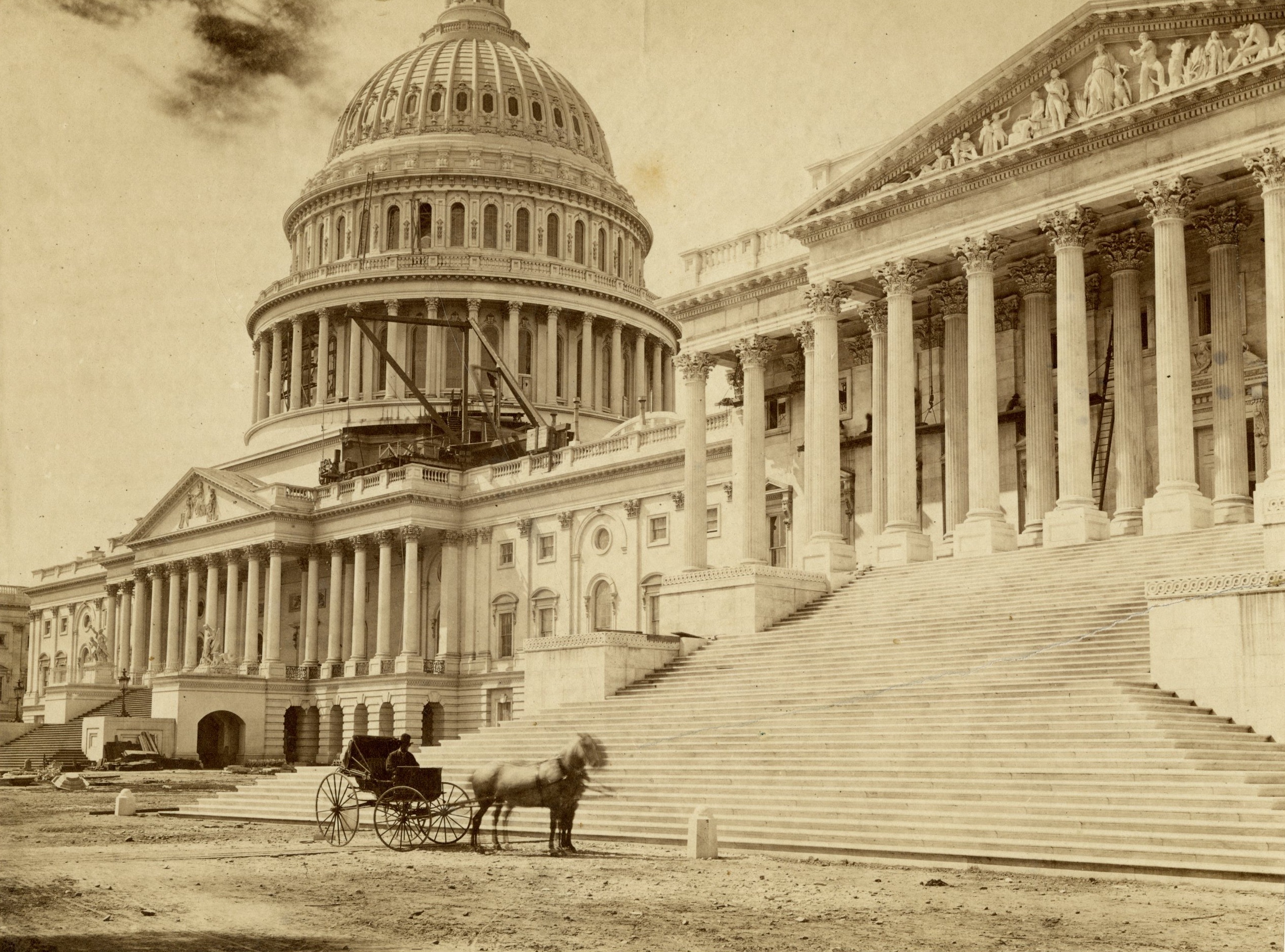 the Capitol during Lincoln’s presidency

This dramatic photograph by Alexander Gardner shows the Capitol as it was during Lincoln’s presidency. Scaffolding, cranes, ladders, and other construction equipment are visible. The East Front of the Capitol was the site of Lincoln’s inaugurations in 1861 and 1865.

A giant of American photography, Alexander Gardner is credited with introducing the large-format Imperial portrait to the United States while working as a staff photographer for Mathew Brady. Gardner left Brady’s employ in early 1863, and his studio quickly rivaled Brady’s for the quality and extent of its war and portrait photography.

Gardner first photographed Lincoln as president-elect while working for Brady, and he went on to take Lincoln’s portrait more than any other photographer. Lincoln sat for Gardner on several occasions, usually visiting his studio on Sunday to avoid crowds.