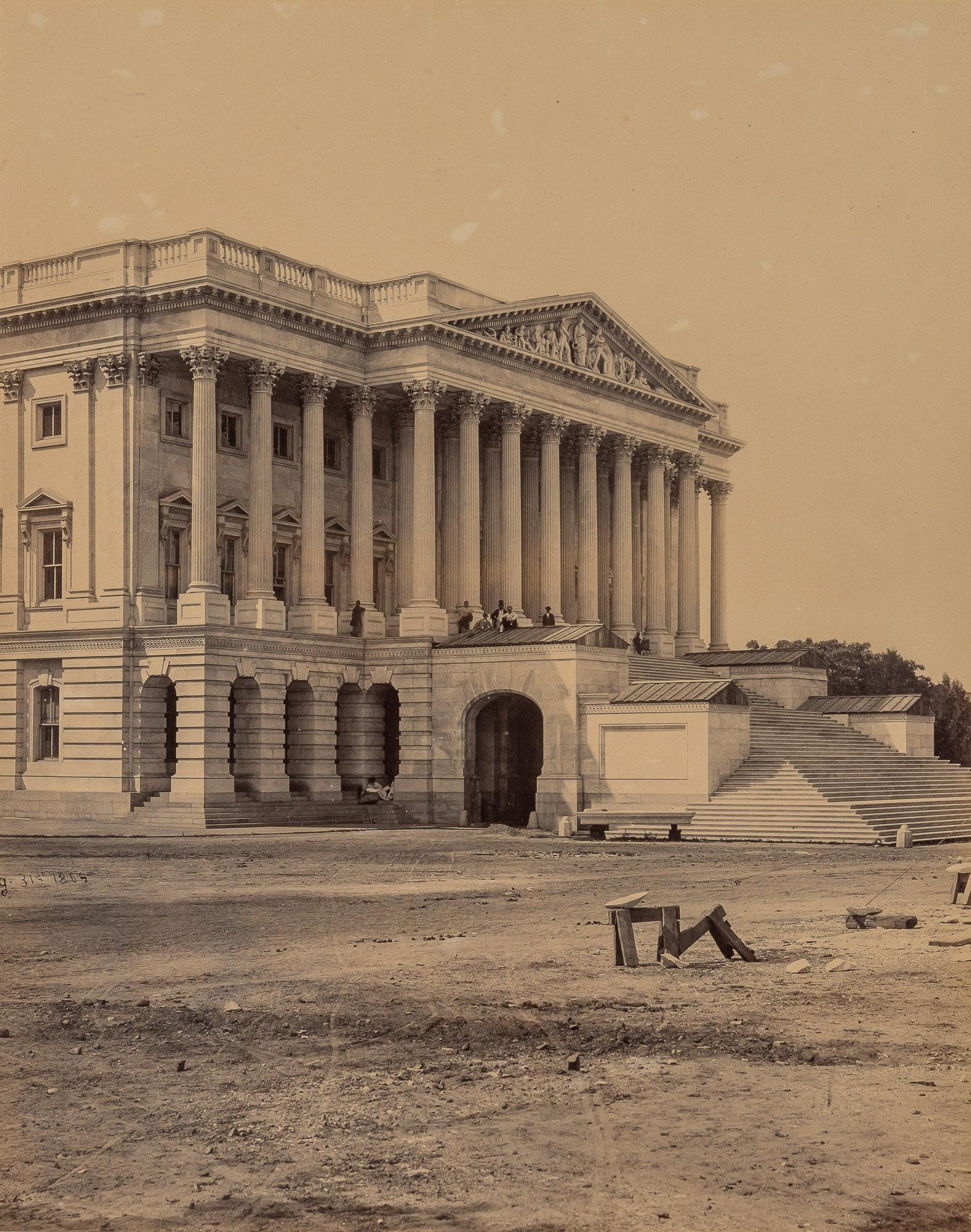 the Capitol under construction

This rare photograph shows the East entrance to the Senate wing of the U.S. Capitol during construction. Sawhorses and construction debris are visible in the foreground, while a number of figures, perhaps builders and the architect, stand at the head of the main stairs beneath Thomas Crawford’s pediment, The Progress of Civilization.

At this time the Capitol dome was being put in place. The enormous project, begun in 1856, would be completed in 1866. The massive dome visually overwhelmed the East Front, prompting calls to enlarge that side of the building. That work was first planned in 1904, but construction did not take place until 1958-64. The East Front was the site of all presidential inaugurations from Jackson to Carter. Beginning with Reagan’s inauguration the event was moved for the western side, allowing crowds to stretch down the National Mall.