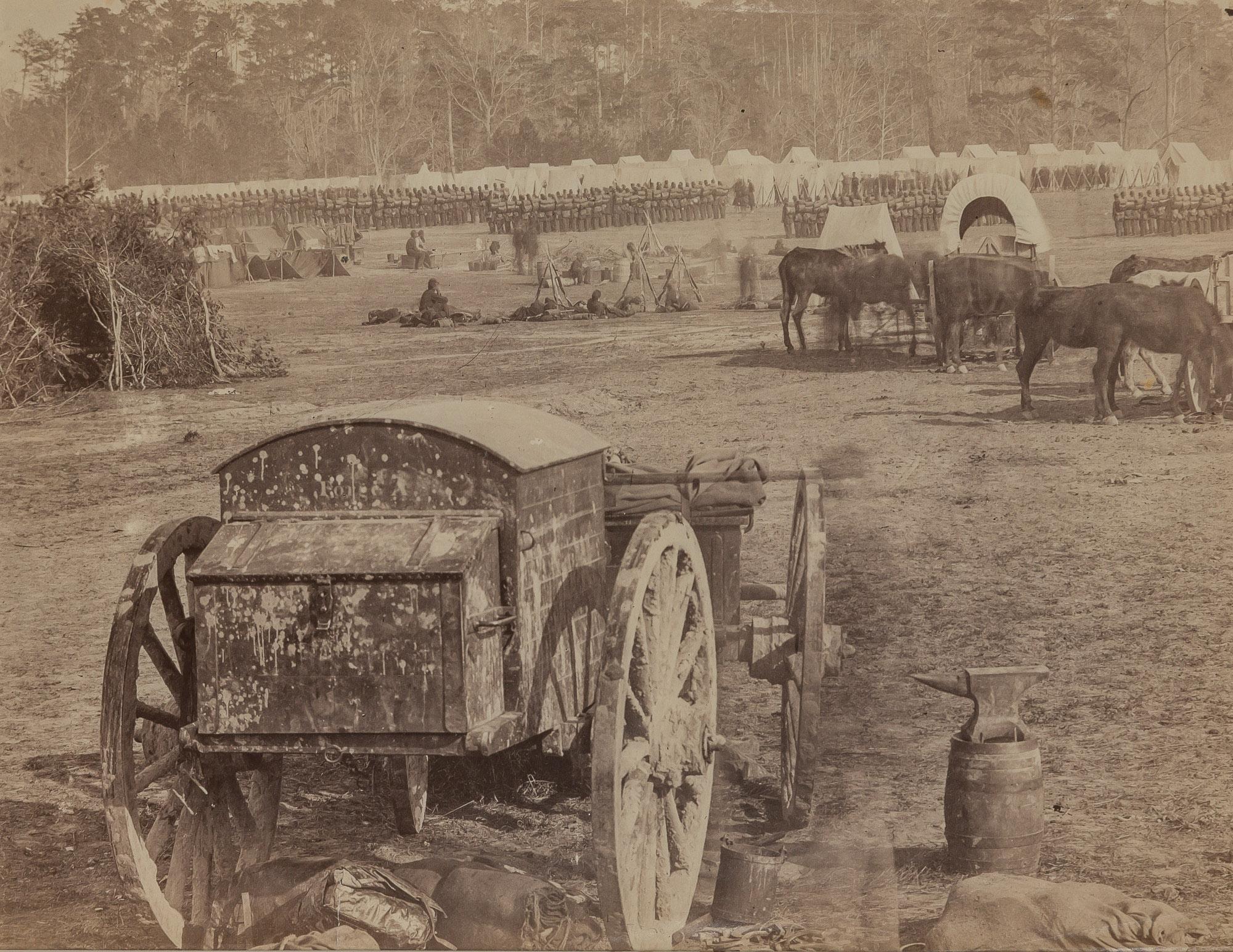 “one of the most magnificent spectacles ever seen in the army”

Albumen print (7 ⅜ x 9 ½ in.). Pencil notes on verso identifying the subject. Some creasing, a few minor edge tears within the margin.

This famous view shows a Union Army encampment at Cumberland Landing on the Pamunkey in Virginia.

“At Cumberland Landing, one of the most magnificent spectacles ever seen in the army was presented, when the combined forces, massed upon the bank of the river, converted the barren fields, as if by magic, into an immense city of tents. Our picture, interesting as it is, gives but a small portion of the gorgeous whole. The prominent object is a mud-bespattered forge, the knapsacks and blankets of the farriers carelessly thrown on the ground beneath. In the middle-ground are some mules picketed around the wagons, hard-working, much-abused creatures, and so humorous in their antics that they were often termed the comedians of the army. Farther on, a guard, their muskets stacked and knapsacks laying around. Past these, a cook sitting on a mess chest, close to the ashes of his fire, near which are the camp-kettles and a pile of firewood. On the edge of the wood the Fifth New York Volunteers, Warren’s Zouaves, have encamped, and in front of them a regiment of infantry are drawn up in column of companies. As these are formed in open order, it is most likely that they are on inspection drill. Such pictures carry one into the very life of camp, and are particularly interesting now that that life has almost passed away” (Alexander Gardner).

The image was also published in Gardner’s Photographic Sketch Book of the War (1865-66). The present example was never mounted and likely is an earlier print.