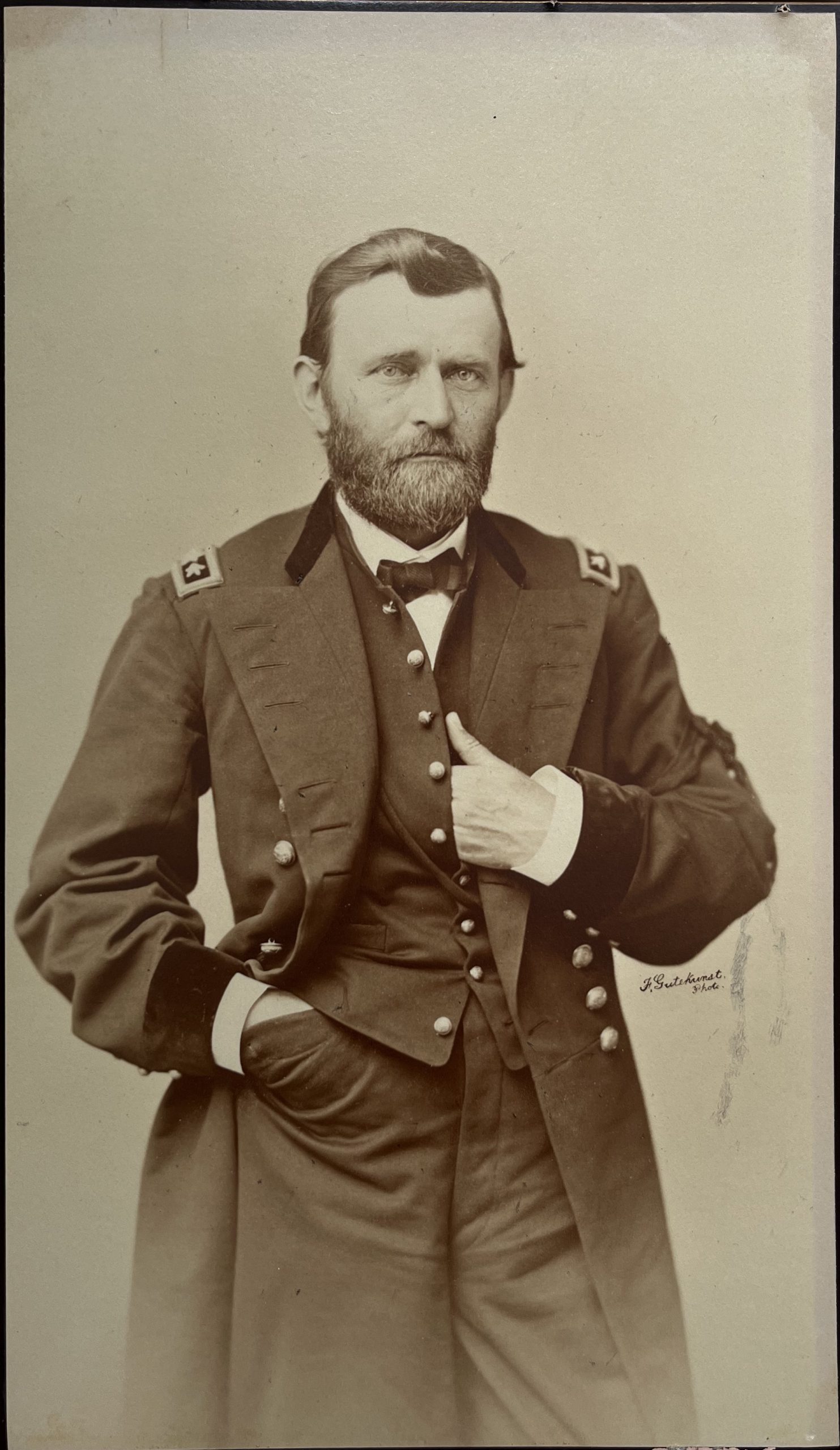 Philadelphia: Gutekunst, April or May 1865

Albumen print (13 x 7 ½ in.). Gutenkunst mount (worn with abrasion at foot). A very good print, signed by the photographer in the negative.

This impressive full-length portrait of Grant in uniform was made at war’s end to capture the triumphal hero at the height of his powers. Grant wears a black mourning ribbon, tied to his left arm and hanging down, in honor of the recently assassinated Abraham Lincoln.

This portrait shows Grant emulating the pose of Napoleon in David’s famous Napoleon in his Study (1812), a pose favored in military portraits of the time.

Gutekunst was known as the “dean of American photographers,” and only Gardner and Brady could equal the quality of his Civil War portraits. Leading politicians and generals flocked to his Philadelphia studio.