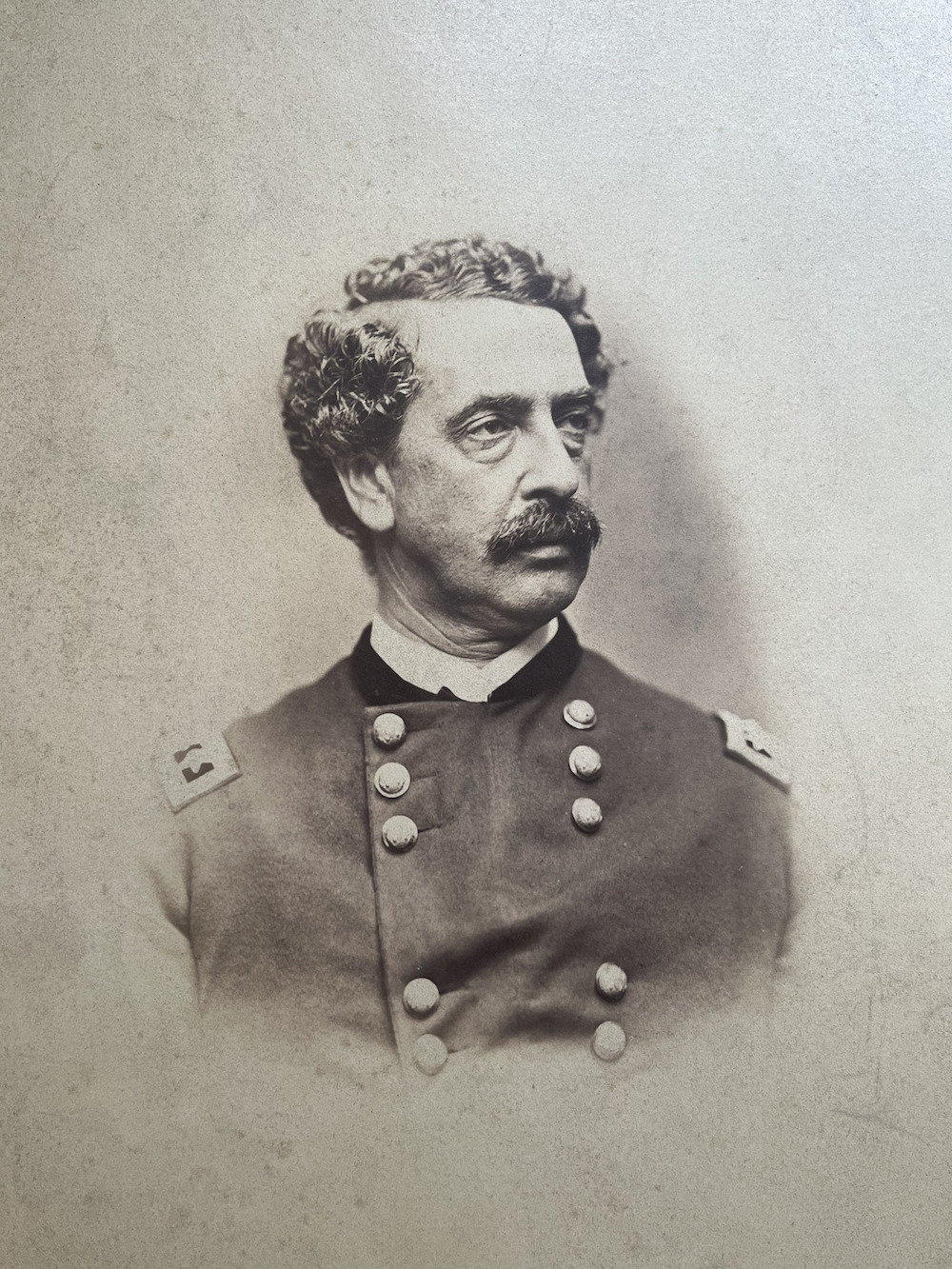 Abner Doubleday, general at Gettysburg and inventor of baseball?

This is a rare large format portrait of the famed general Abner Doubleday. Doubleday played a prominent role in the Union Army from the war’s outset. He was was second in command at Fort Sumter when the war started. He later commanded a division at Antietam, Gettysburg and other major battles.

Years later Doubleday was credited with inventing the game of baseball, leading to the establishment of the Baseball Hall of Fame at Cooperstown, where the first game was said to have been played.

We have never seen another portrait of Doubleday of this size.