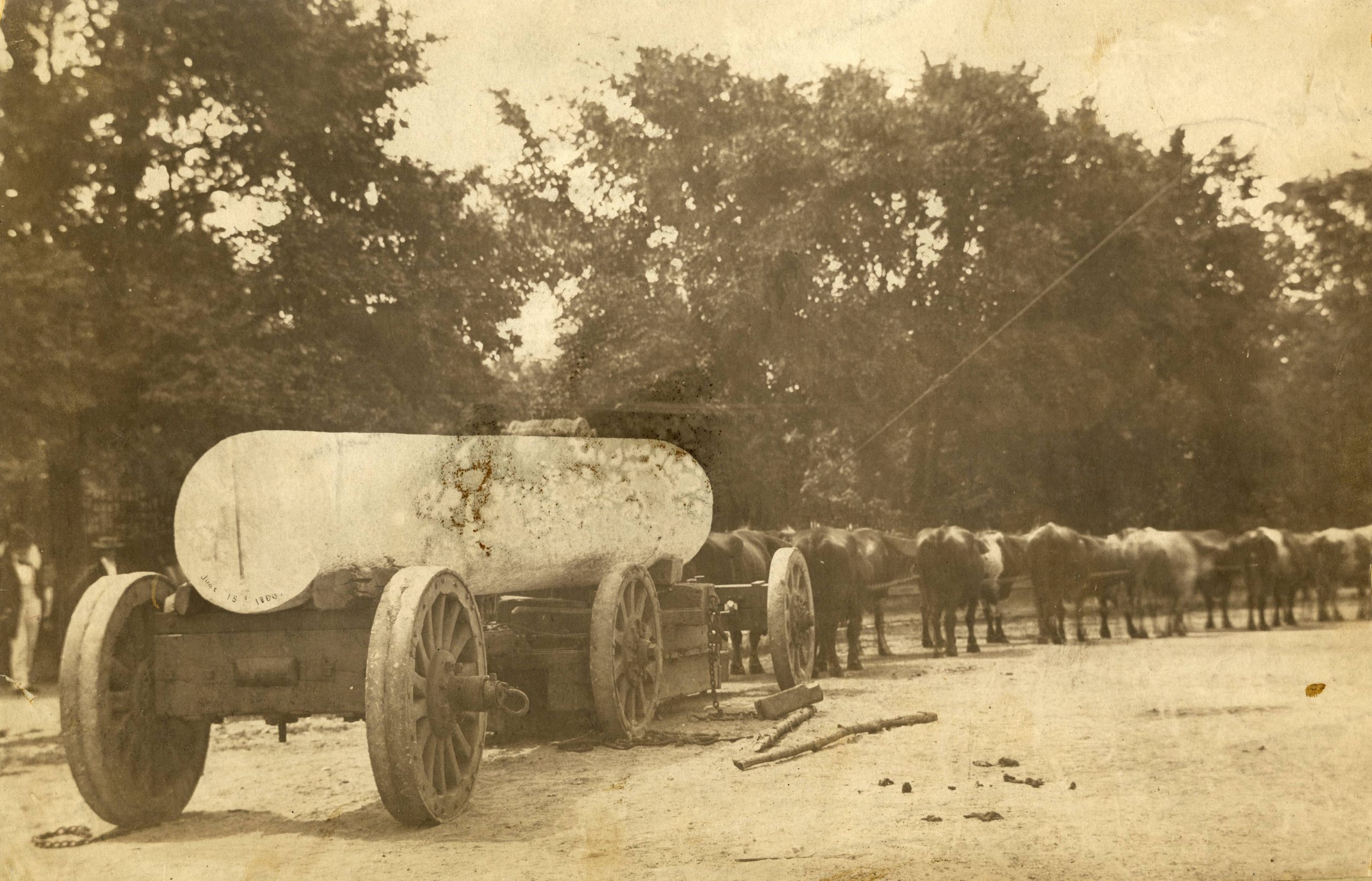 (U.S. CAPITOL.) John Wood. Marble column being carried on a cart to the Capitol

Salted paper print (15 x 9 ½ in.), later mount. Manuscript pencil caption on mount stating “Hauling columns for the Capitol.” Some staining and surface wear. Good dark tones. Dated June 15, 1860 in the negative on the base of the white column.

This rare salt print shows a colossal marble column being carried to the Capitol during its construction. The enormous cart is being drawn by team of twelve or more horses. The 1850s saw extensive work to the Capitol including its massive extensions and the iconic dome.

This photograph is by John Wood, the first official photographer of the United States government. In 1856 Montgomery Meigs, engineer in charge of the Capitol expansion project, hired Wood to serve as its “photographic draftsman.” Much of his work consisted of taking photographs of architectural drawings. Wood made photographs of the inaugurations of James Buchanan and Abraham Lincoln and later photographed Civil War scenes.

This salt print is a rare survival documenting the creating of an iconic symbol of the United States.