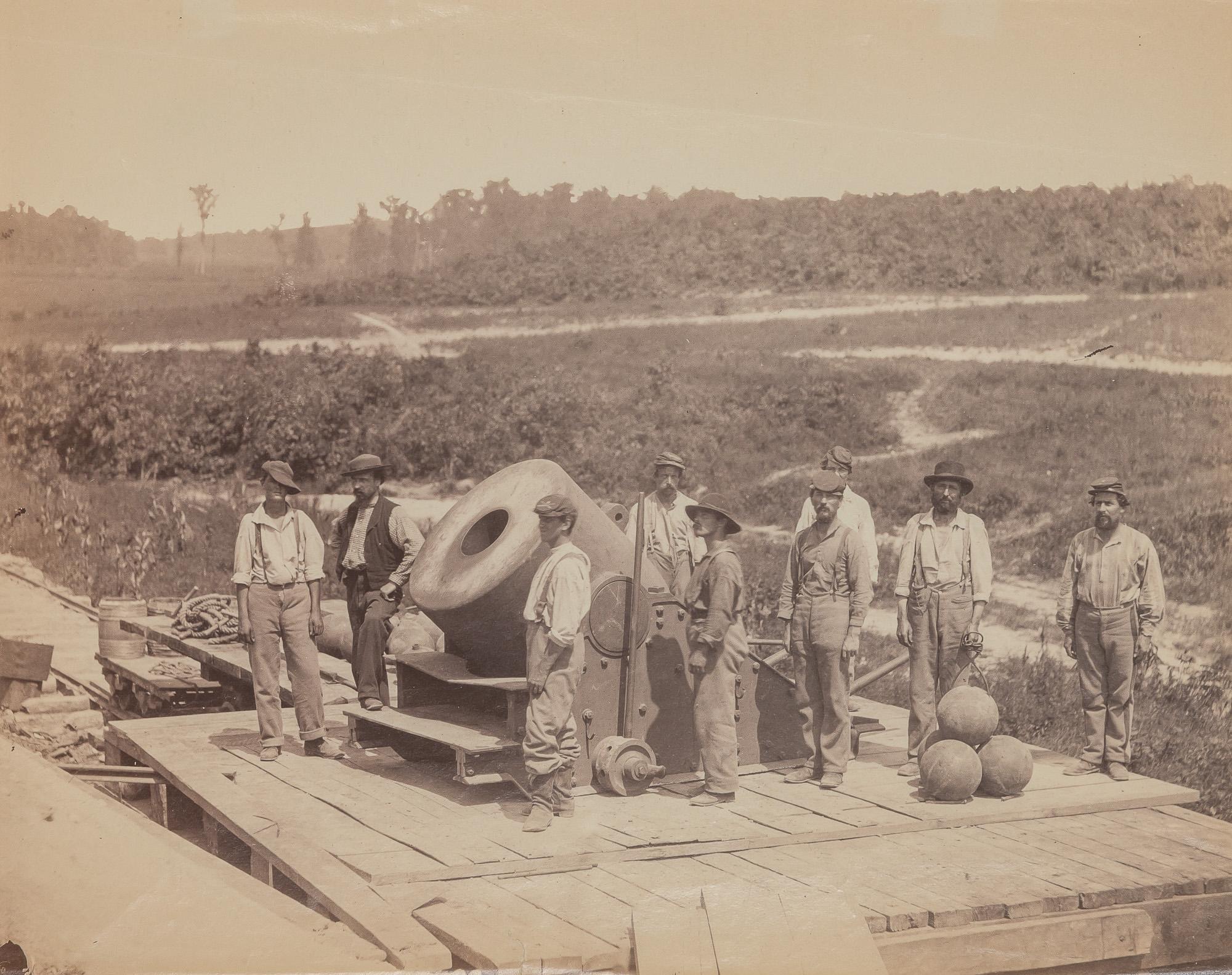 rare variant of a famous Gardner’s Sketch Book image, with the officers removed

This fascinating photograph is a variant of the image shown in Gardner’s Photographic Sketch Book of the War. In that image, a group of Union officers including the chief of artillery of the Army of the Potomac stands in the foreground, while five members of the mortar crew stand in the background. In the present photograph, shells have been moved to the foreground, and the full crew of nine men is present. The photographs are otherwise essentially identical.

The Dictator, a 13-inch seacoast mortar, was the largest weapon used during the siege of Petersburg. It could send a 225-pound explosive shell more than two miles. During its service in the siege lines, the Dictator fired 218 rounds at Petersburg and its defenses. The mortar was placed on a specially reinforced railroad flatcar, seen here, and run along a spur line of the City Point and Petersburg Railroad into various firing positions. The flatcar also served as a firing platform.