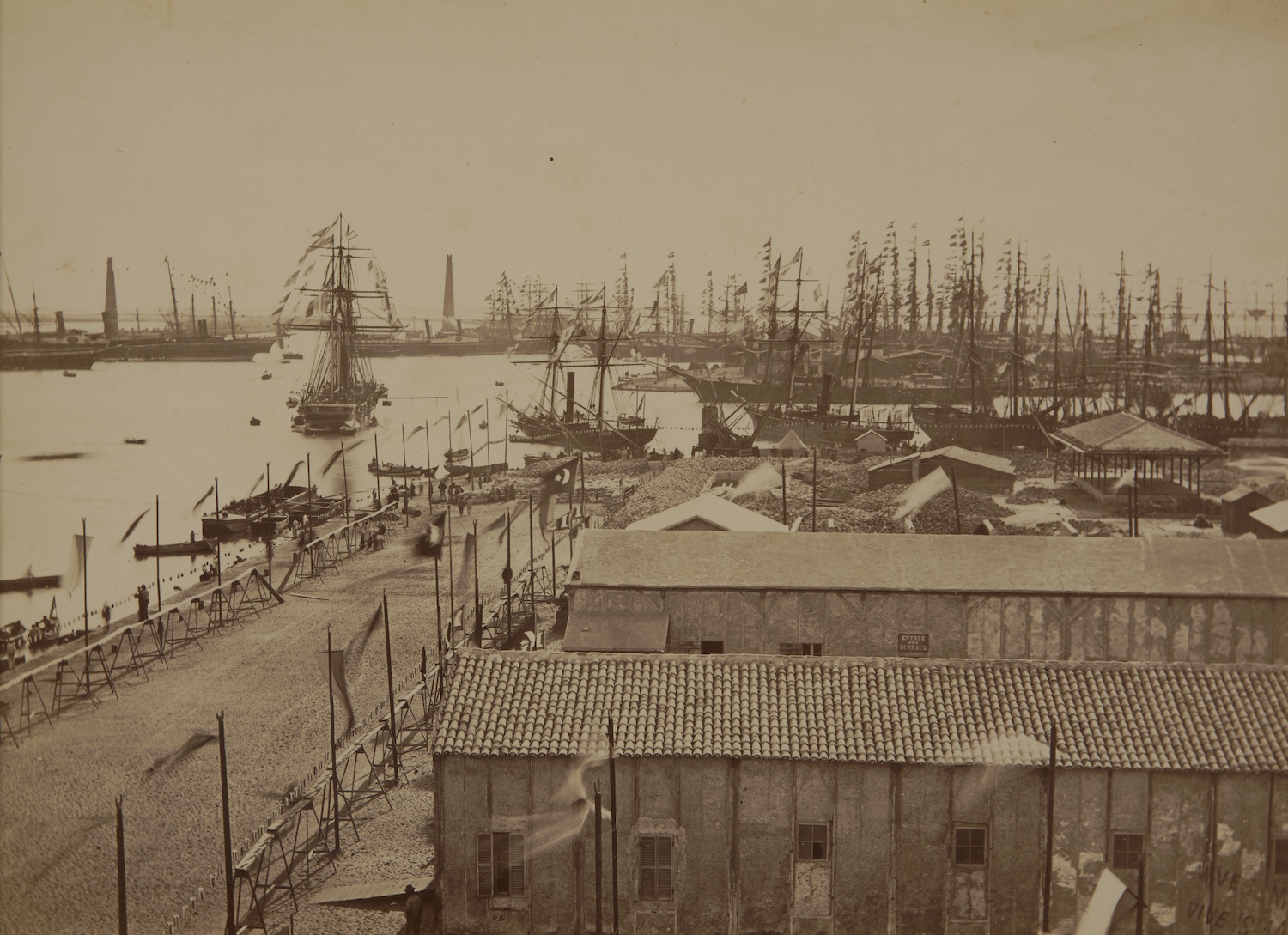 "THE OPENING OF THE SUEZ CANAL."

This photograph depicts the harbor and canal on the day of the opening of the Suez Canal, the “greatest engineering feat of the nineteenth century” (Smith). “Clearly, the canal’s opening festivities placed Egypt in a new way on the European cultural map” (Haddad, “Digging to India: Modernity, Imperialism, and the Suez Canal”). The opening of the Suez Canal immediately transformed world trade. Connecting the Mediterranean Sea and the Red Sea allowed ships to sail between Europe and Asia without navigating around Africa. Trade between East and West grew at a record rate.

“The construction and completion of the great Suez Canal . . . [was] one of the most remarkable engineering enterprises of the age, one that will be an infinitely . . . important boon to commerce” (W. H. Davenport Adams). “Men of the nineteenth century have pierced the Isthmus from sea to sea, and these at least may stand in the shadow of the Pyramids and not be ashamed” (Hamley).