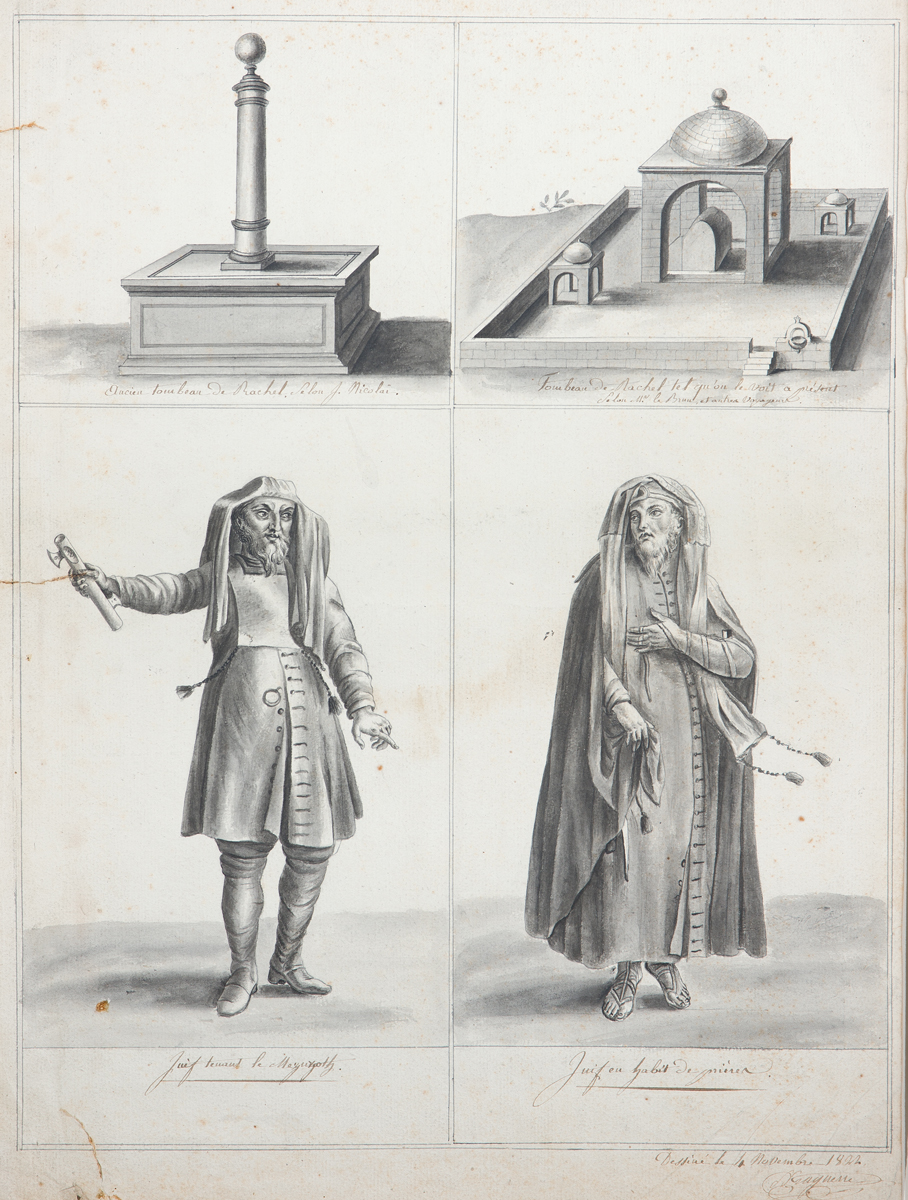 Original Drawings of Jewish Subjects and Musical Instruments by Daguerre, Inventor of Photography

This is a series of twenty-four fine drawings on a sheet signed by L. J. M. Daguerre, the inventor of photography. The four largest drawings depict Jewish subjects:

The verso contains twenty drawings by Daguerre of musical instruments, each captioned in manuscript.

Daguerre (1787-1851) began his professional artistic career as an artist and set designer, working at the Paris Opera. He was “a gifted draughtsman” (Slater) and painter who apprenticed in architecture, theater design, and panoramic painting with Pierre Prevost, the French panorama painter.” he became especially skilled at producing grand theatrical illusions.In 1822 he opened the Diorama next to his Paris studio. The Diorama presented visual extravaganzas with enormous paintings and amazing light effects for a standing audience of 350. The income Daguerre derived from the Diorama gave him the freedom required to pursue his greatest achievement, the invention of the photograph.

Daguerre executed these drawings in the year he opened the Diorama. In that year Joseph Nicéphore Niépce created the world’s first heliograph, the first permanent photograph from nature. Daguerre soon formed a partnership with Niépce to perfect a photographic process. Finally in 1839 the French government granted Daguerre and Niépce’s son a pension in exchange for the rights, making the process available as a gift from France, “free to the world.”